OLD SHEDS ABOVE MONTEJAQUE, AN OIL BY SHEILA MACMILLAN 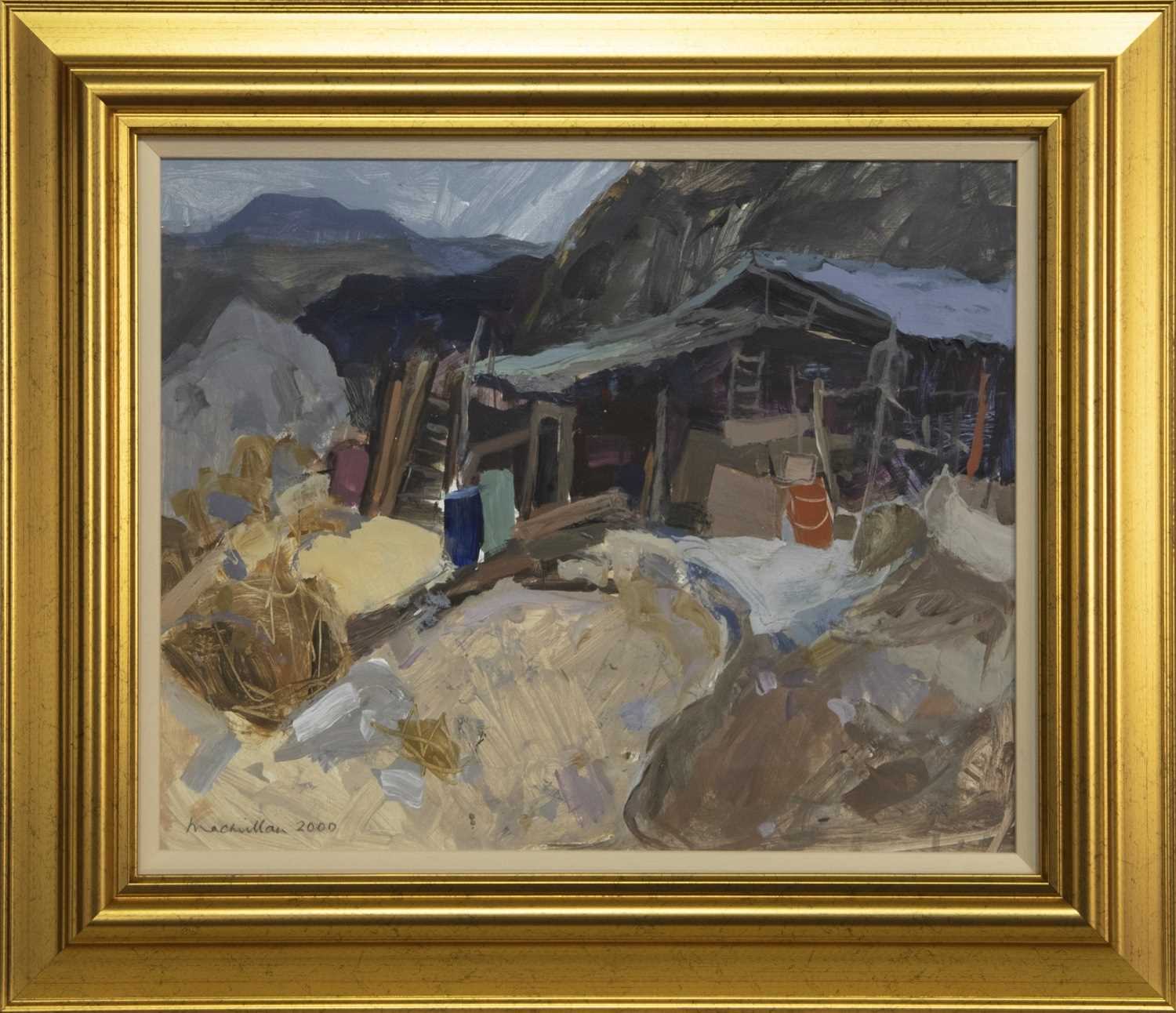 OLD SHEDS ABOVE MONTEJAQUE, AN OIL BY SHEILA MACMILLAN

* SHEILA MACMILLAN DA PAI (SCOTTISH 1928 - 2018),
OLD SHEDS ABOVE MONTEJAQUE (SPAIN)
oil on board, signed and dated 2000
image size 39cm x 48.5cm, overall size 59cm x 68cm
Framed and under glass.
Titled verso in the artist's hand but obscured by the backboard.
Note: Sheila Macnab Macmillan was born in Glasgow in 1928. She attained a degree in Geography at Glasgow University and went on to train as a teacher. However, she had always painted and her talent was strongly encouraged by her uncle the distinguished Iain Macnab RE ROI (1890 - 1967) who persuaded Sheila to come to London and train under him. Iain Macnab had been Principal at Heatherley's Art School (1925 - 1940) and then went on to be founding Principal of the hugely influential Grosvenor School of Modern Art. Sheila's London influences and Glasgow School foundations evolved into a distinctive and individual style. She usually worked "en plein air" and her work is semi abstract. She focused mainly on landscape where her training as a geographer, allowed her to use her understanding of land formation, the delicate balance of the seasons and the interaction between Man and the environment. Her uncle's concept of "rhythm" is evident in Sheila's work and remained a constant throughout her career. She painted in Scotland, Spain. France and Italy and exhibited widely especially in Glasgow, Edinburgh, London and Newcastle. Her work appeared frequently at the Royal Scottish Academy, Royal Glasgow Institute, Paisley Art Institute annual exhibitions and at the Royal Academy Summer Exhibition (London). She won numerous awards and prizes over a long and distinguished career. Our most recent examples of Sheila Macmillan's paintings (from the same private collection) have achieved hammer prices of £1100 and £1700 (lot 506 12th Sept 2021 and lot 510A 24th Oct 2021).