BOY WITH LION, A MIXED MEDIA BY JOHN BYRNE 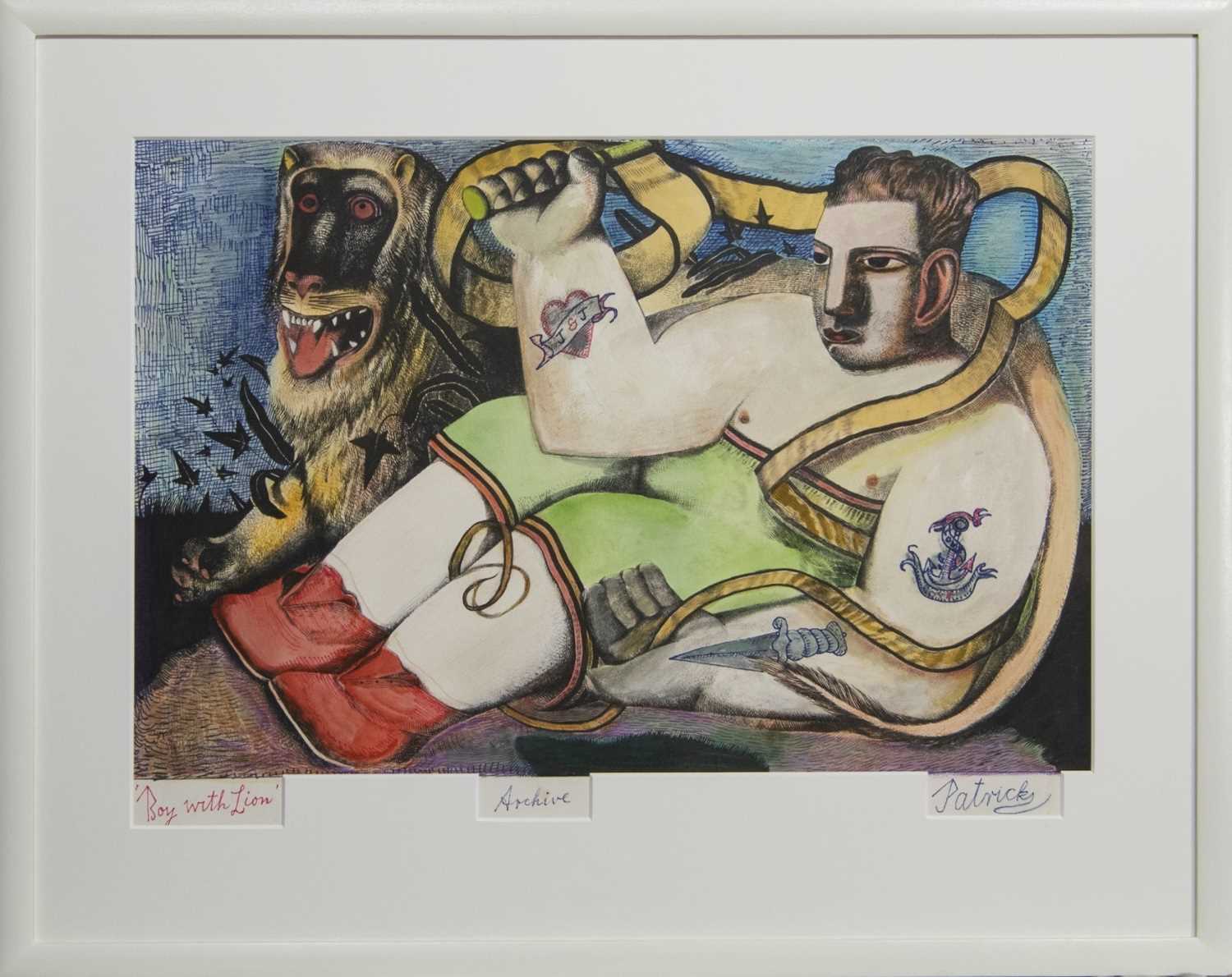 BOY WITH LION, A MIXED MEDIA BY JOHN BYRNE


Condition is good overall, with no visible signs of restoration, damage, or known issues.

* JOHN BYRNE RSA (SCOTTISH b. 1940),
BOY WITH LION
mixed media on paper, signed and titled, inscribed 'archive'
image size 52cm x 78cm, overall size 80cm x 101cm
Mounted, framed and under glass.
Note: John Byrne was born in 1940 in Paisley, Scotland and attended the Glasgow School of Art from 1958 - 63 where he excelled. In his final year, he was awarded the Bellahouston Award, the school's most prestigious painting prize, and spent six months in Italy. John Byrne has combined several careers - playwright, theatre designer and artist. In his most famous play, 'The Slab Boys', Byrne drew on his experience as a paint mixer in a Paisley carpet factory. During the 1980s Byrne wrote the cult television series 'Tutti Frutti', followed by 'Your Cheatin' Heart', which used country and western music as a backdrop to a comedy of Glasgow life. His work is held in major collections in Scotland and abroad. Several of his paintings hang in The Scottish National Portrait Gallery in Edinburgh, the Museum of Modern Art and the Kelvingrove Art Gallery and Museum in Glasgow. In 2007 he was made a full member of the Royal Scottish Academy and is an Honorary Fellow of the GSA, the RIAS, an Honorary Member of the RGI and has Honorary Doctorates from the Universities of Paisley, Glasgow, Aberdeen and Strathclyde. Byrne is unquestionably one of Scotland's most celebrated, popular and valuable living artists.