STILL LIFE FROM THE CIRCLE OF ROBERT MACBRYDE 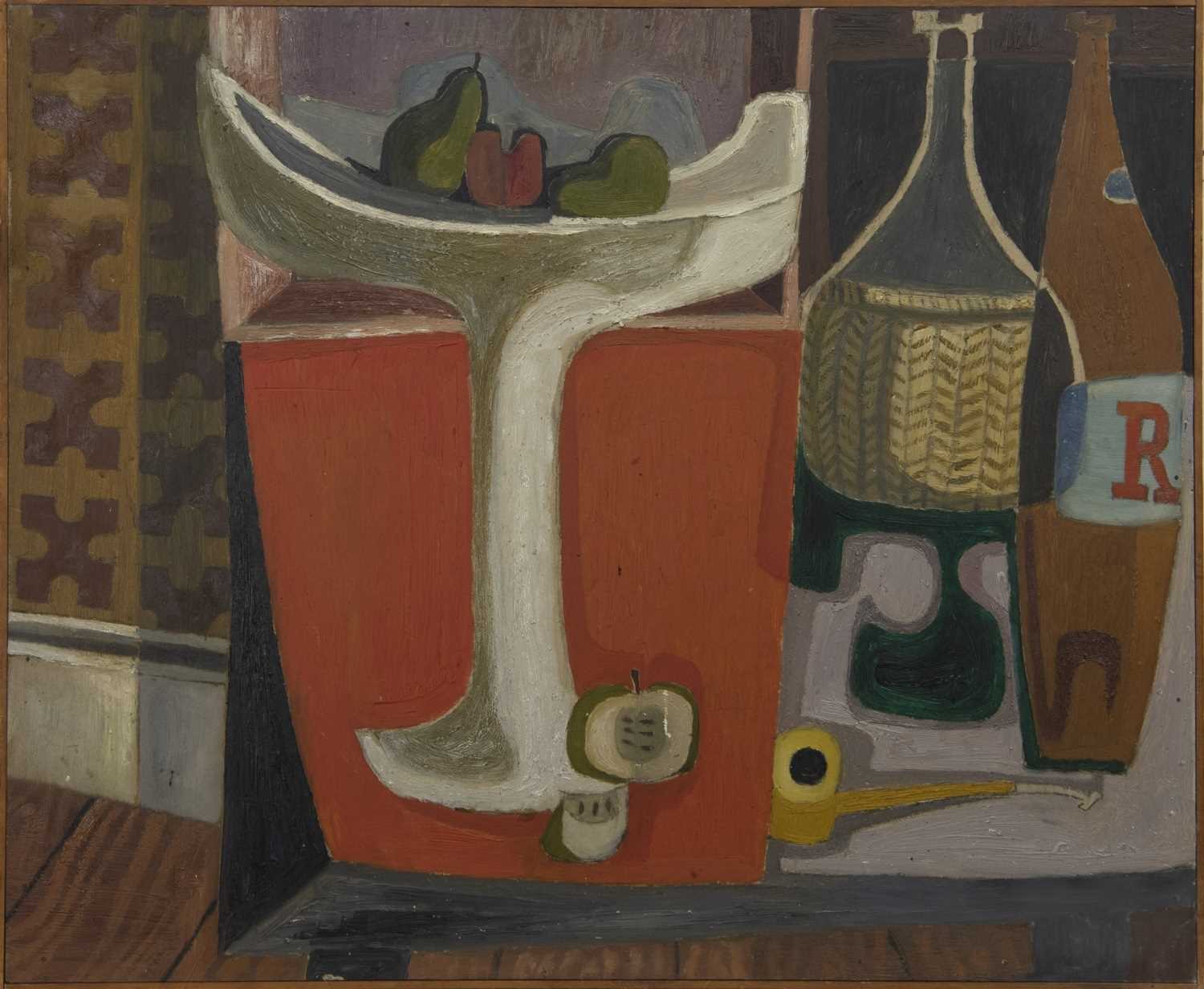 STILL LIFE FROM THE CIRCLE OF ROBERT MACBRYDE

CIRCLE OF ROBERT MACBRYDE (1913 - 1966)
STILL LIFE
oil on board
69cm x 84cm
Provenance: Private Collection, London
Note: Robert MacBryde was a Scottish still-life and figure painter and a theatre set designer. MacBryde was born in Maybole, Ayrshire, to John MacBryde, a cement labourer, and Agnes Kennedy MacBryde. He worked in a factory for five years after leaving school before studying art at Glasgow School of Art from 1932 to 1937. There, he met Robert Colquhoun, with whom he established a lifelong romantic relationship and professional collaboration, the pair becoming known as "the two Roberts". MacBryde studied and travelled in France and Italy, assisted by scholarships, returning to London in 1939. He shared studio space with Colquhoun, and the pair shared a house with John Minton and, from 1943, Jankel Adler. MacBryde held his first one-person exhibition at the Lefevre Gallery in 1943. At the height of their acclaim they courted a large circle of friends - including Michael Ayrton, Francis Bacon, Lucian Freud and John Minton as well as the writers Fred Urquhart, George Barker, Elizabeth Smart, and Dylan Thomas - and were renowned for their parties at their studio (77 Bedford Gardens). Influenced by Graham Sutherland and John Piper, MacBryde became a well-known painter of the Modernist school of art, known for his brightly coloured Cubist studies. His later work evolved into a darker, Expressionist range of still lifes and landscapes. In collaboration with Colquhoun, he created several set designs during and after the Second World War. These included sets for Gielgud's Macbeth, King Lear at Stratford and Massine's Scottish ballet Donald of the Burthens, produced by the Sadler's Wells Ballet at Covent Garden in 1951. During the 1950s, both MacBryde and Colquhoun lost the attention of the art scene, and as both had become heavy drinkers, serious artistic work became almost impossible. Since neither had any private means, they were reduced at times to near destitution.