A FRENCH FARMHOUSE, AN OIL BY DAVID GAULD 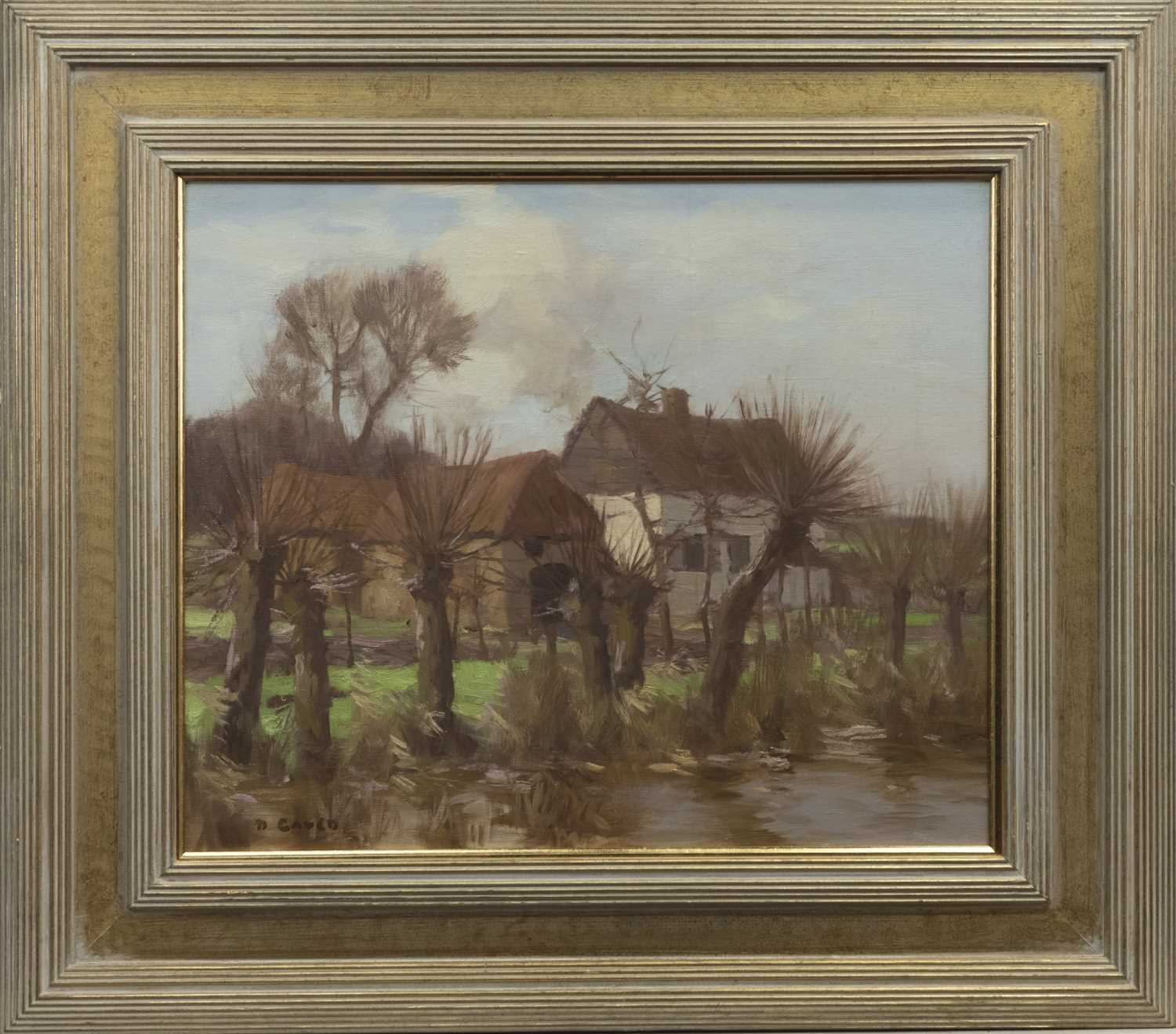 A FRENCH FARMHOUSE, AN OIL BY DAVID GAULD

Condition report
Condition is very good overall, with no visible signs of restoration, damage, or known issues. Additional images have been uploaded to our website.

DAVID GAULD RSA (SCOTTISH 1865 - 1936),
A FRENCH FARMHOUSE
oil on canvas, signed
46cm x 55cm
Framed.
Note: David Gauld (7 November 1865 - 18 June 1936) was an important Scottish artist who worked in both oils and stained glass and was regarded as being one of the innovators within the Glasgow Boys group. Some of his works, such as St Agnes and Music are seen as precursors of the Art Nouveau movement. His works were seen as having both a Japanese and Pre-Raphaelite influence upon them. Gauld was born in Glasgow and served an apprenticeship as a lithographer and then attended Glasgow School of Art from 1882 to 1885. He came to public notice in the 1880s when he supplied a series of Japanese-influenced pen and ink drawings for the Glasgow Weekly Citizen. Gauld shared the Castlemains Studio in Kirkcudbright with William Stewart MacGeorge and then in later life shared a studio with Harrington Mann at 31 St Vincent Street in Glasgow from 1891 to 1894. During this time he designed stained glass windows for Guthrie and Wells. Gauld then took new premises at 138 West George Street in Glasgow. He also lived at various locations in Kirkcudbright, Glasgow and North Berwick. In 1889 he returned to the Glasgow School of Art and also studied in Paris for a period that year. Like other artists from Glasgow, Gauld spent time at the artists colony at Grez-sur-Loing in France. Forty-three examples of David Gauld's work are held in the collections of various UK public galleries including Glasgow Museums, The Hunterian, The Scottish National Gallery, Kelvingrove, Gracefield, Paisley, Kirkcaldy and The Fleming Collection (London).