THE PORTRAIT OF JULIET AND DAVID, A PORTRAIT BY JOHN BELLANY 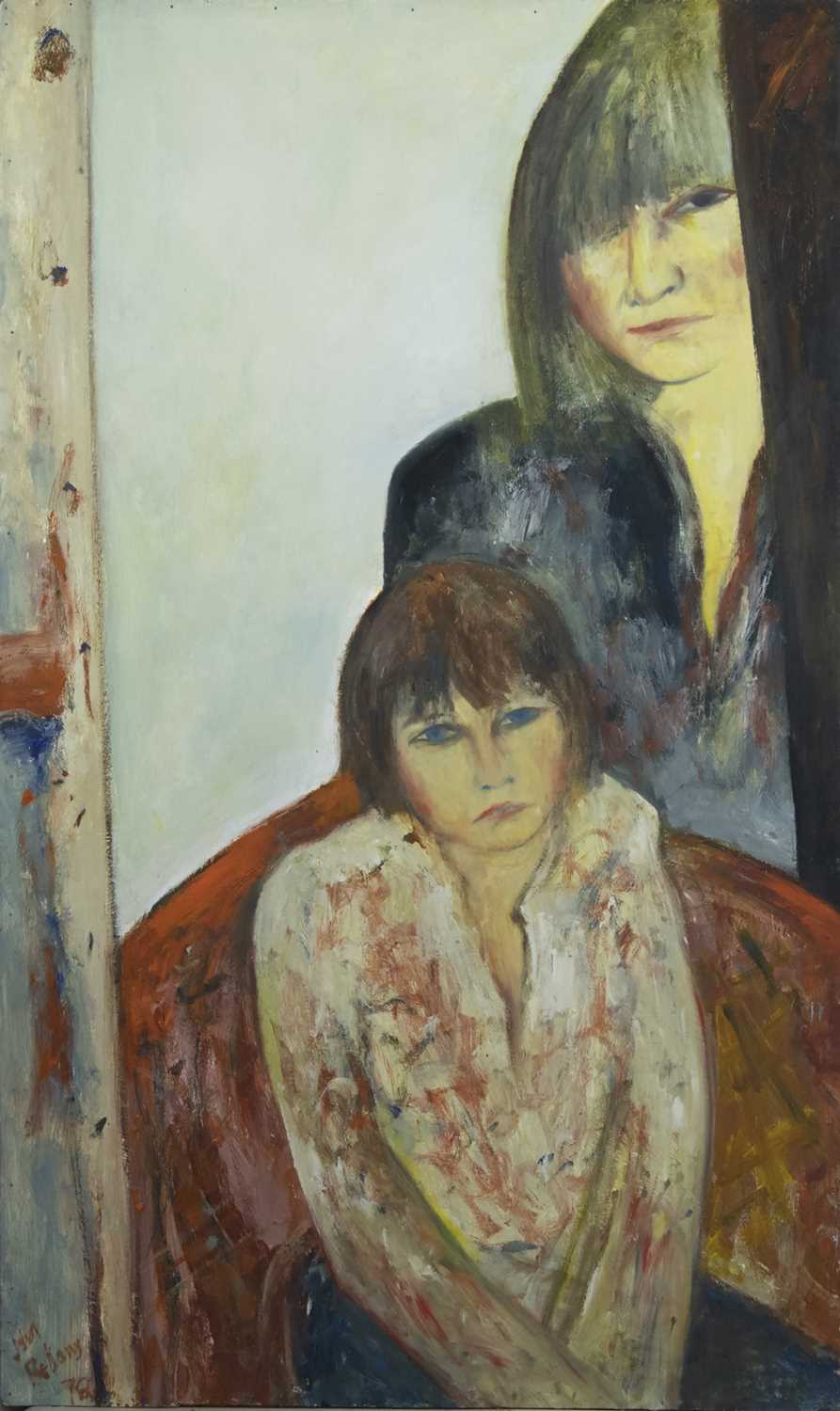 THE PORTRAIT OF JULIET AND DAVID, A PORTRAIT BY JOHN BELLANY

* JOHN BELLANY CBE RA HRSA (SCOTTISH 1942 - 2013),
THE PORTRAIT OF JULIET AND DAVID
oil on board, signed and dated '76
overall size 154cm x 92cm
Unframed, as intended.
Provenance: This deeply personal portrait is of Juliet Lister, who became John Bellany's second wife, and her son David (Gray). After Juliet's tragic suicide this painting was held by her family and in recent times it passed to David Gray, Juliet's son and the current owner of the picture.
Note: By 1973 Bellany was head of the faculty of painting at Croydon College of Art. His marriage to Helen had foundered, his personal life was in disarray and eventually, in 1979 he married Juliet Lister, a mature student. Juliet however was beset by mental health problems which necessitated frequent and lengthy spells of time in hospital. Bellany’s work during this period predominated in dark themes dealing with fate and the passing of time. Despite the torment in his personal life, Bellany’s paintings were finally gaining recognition and in the same year he was a joint winner of the Athena Art Award, at the time the most valuable art prize in the UK. Alongside a host of solo exhibitions in galleries, in 1986 a major retrospective of his work was held at the Scottish National Gallery of Modern Art and in 1988 at the Hamburg Kunsthalle. A crisis in his health brought Helen back into Bellany’s life. A distant presence over the years as the mother of their three children she, by necessity, now would prove his saviour, forcing him to seek medical attention for the chronic liver disease that was seriously endangering his life. After Juliet’s death in 1985 John and Helen remarried but Bellany’s health continued to deteriorate. By the end of 1987 the only remaining medical option was a liver transplant for which he was eventually considered and tested. He then joined the waiting list for a donor. On 30 April 1988, an extraordinary opportunity presented itself. Exceeding all expectations, the transplant granted the artist a further 25 years of life.