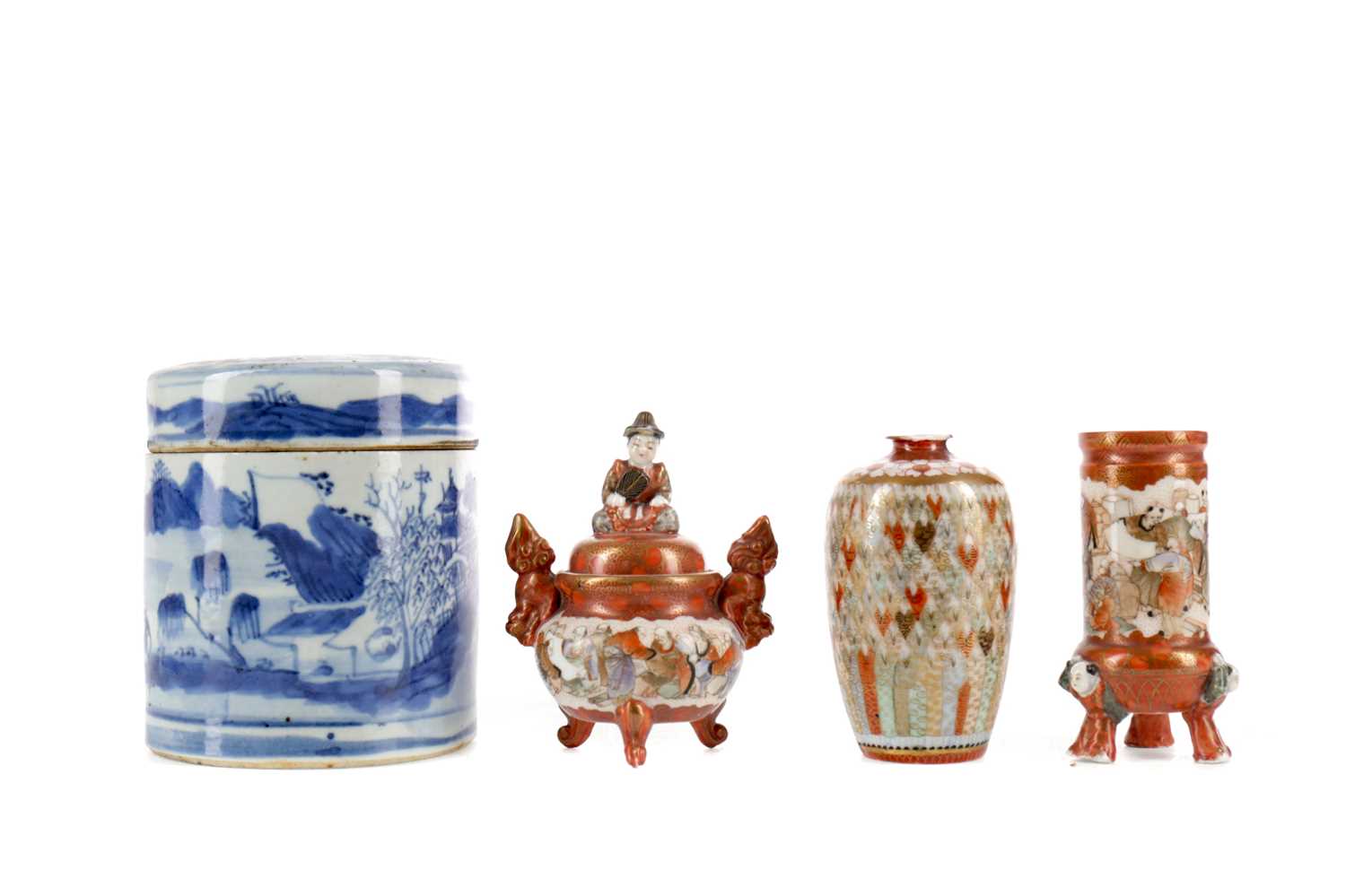 EARLY 20TH CENTURY CHINESE BLUE AND WHITE LIDDED JAR,
of cylindrical form, painted with a figure fishing on a lakeside and with boats and birds, 11cm high, along with two small Japanese kutani vases and a similar koro (4)