PORTRAIT OF A LADY, AN OIL BY ANTHONY BAYNES 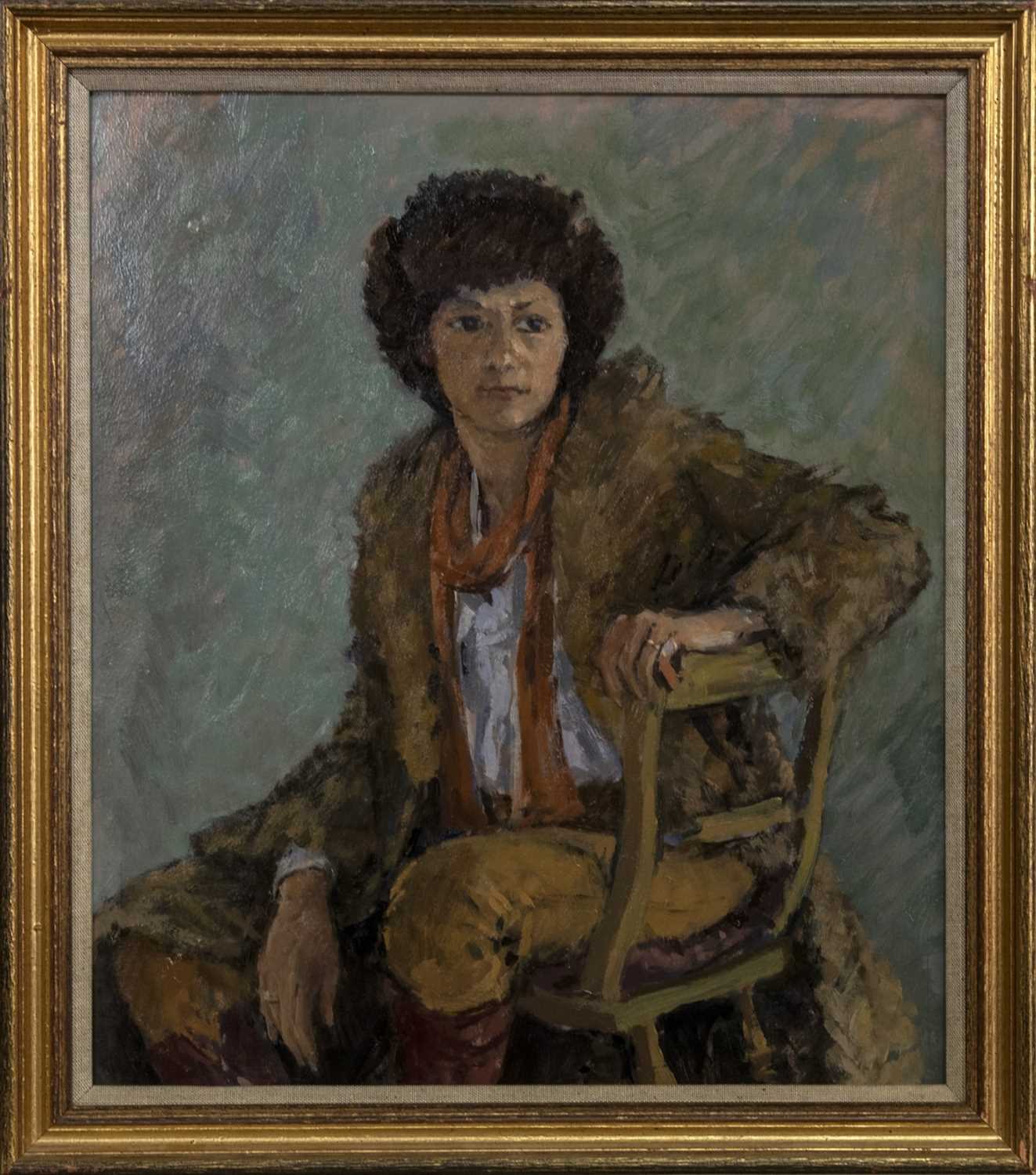 PORTRAIT OF A LADY, AN OIL BY ANTHONY BAYNES

* ANTHONY BAYNES (BRITISH 1921 - 2003),
PORTRAIT OF A LADY
oil on board, titled and attributed label verso
image size 41cm x 36cm, overall size 47cm x 41cm
Framed.
Note: Anthony Baynes was born in New Zealand. Came to England and studied art at the Slade School of Art. War evacuation meant that the school moved to the Ashmolean in Oxford where Baynes studied under the professorship of Randolphe Schwabe. Fellow students included Kyffin Williams and Bernard Dunstan. Lifelong friends were Allan Gwynne-Jones, then tutor at the school, his wife Rosemary, Eldred Bartlett and Nancy Carline. In 1946 his painting 'The Betrayal' (now in the collection of the UCL Art Museum) won the Mary Richgitz Prize. During the war served in the Royal Navy. After the war taught art at the Badminton School. In 1949 travelled to Greece, became the first art student at the British School of Archaeology. In the fifties lived in Crete. Held one-man show in Athens in 1955 and in London in 1958. An accomplished painter in gouache and oils, producing a number of notably fine portraits. Also a designer of both murals, theatrical sets (briefly for Sadler's Wells in the 1940s). Baynes was a notable designer of dust jackets from the 1950s to the 1970s, working for publishers including John Murray, Capes and Eyre and Spottiswoode. He painted murals at the London Stock Exchange and the Guildhall in Portsmouth in 1959. In the late 1980s and 90s mainly exhibited locally particularly in Oxfordshire and the Cotswolds specialising in portraiture.