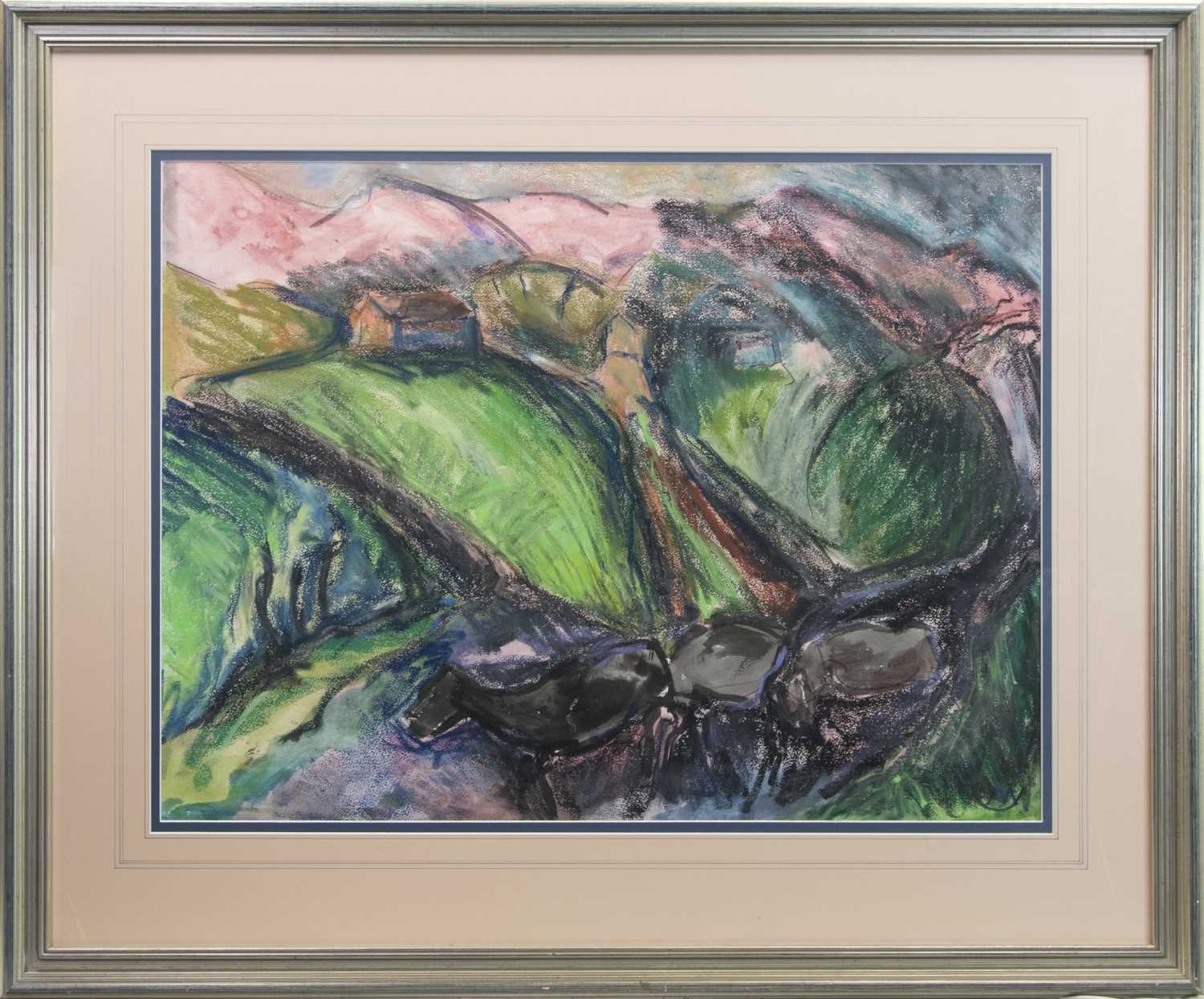 KERRY LANDSCAPE I, A PASTEL BY JOHN AUSTIN-WILLIAMS

* JOHN AUSTIN-WILLIAMS,
KERRY LANDSCAPE I
pastel on paper, signed
55cm x 75cm
Mounted, framed and under glass
Note: John Austin-Williams was born in Kew, Surrey but has lived in Dorset for most of his life - a county for which he feels a great attachment because of the beauty and variety of its landscape. After graduating from university, he studied with Cecil Waller where he gained strict discipline in drawing and the techniques of oil painting. Later his studies took him to the Polish School of Art, London where he studied under Professor Marian Bohusz-Szyszko, and from where he was awarded a distinction. In 1992 he was granted recognition by the Revenue Commissioners, Dublin as having “produced original and creative work - generally recognised as having cultural or artistic merit”. More recently he was listed as one of Dorset’s nationally and internationally recognised artists, being invited to take part in Dorset Art Weeks’ flagship exhibition “Trig Point”. His work is to be found in both public and private collections in the UK and abroad and he has shown widely in solo and group exhibitions both in London and beyond.