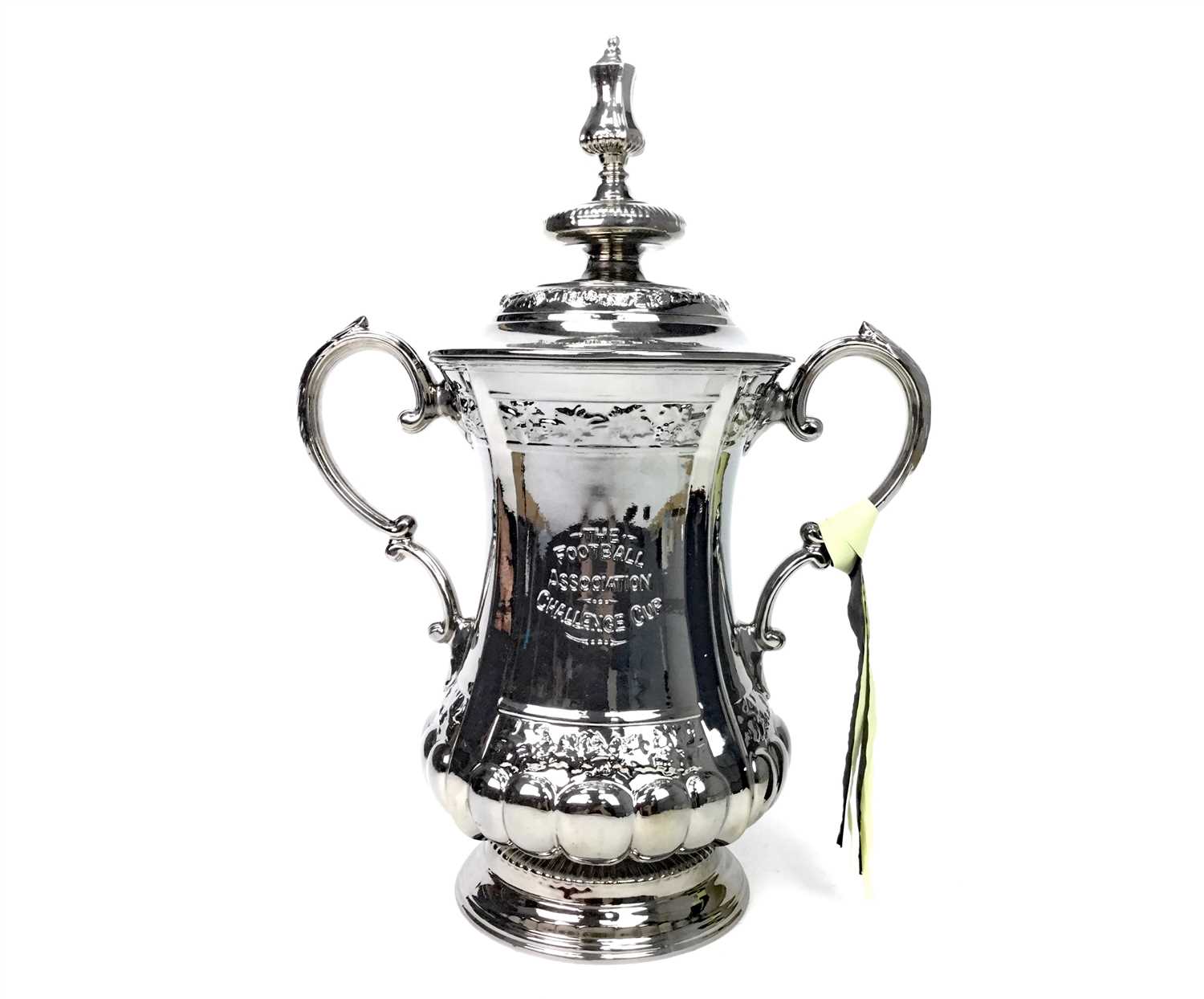 PORTMEIRION CERAMIC REPLICA OF THE F.A. CUP,
scale replica of the Football Association Challenge Cup, modelled by Fred Hackney of Brunswick Ceramics Services, Stoke-on-Trent, body inscribed 'THE FOOTBALL ASSOCATION CHALLENGE CUP', overall height 68.5c, with paper marking this as 'Number 18 of a limited edition of 500 to commemorate the 1980... Final between West Ham United and Arsenal.'

Note: After lengthy contract negotiations, Portmeirion were given permission by F.A. secretary Ted Croker to produce these replicas in 1979. The modeller, Fred Hackney, inspected the trophy at Highbury, Arsenal, them being the holders at the time. He made a series of detailed measurements to replicate it faithfully. Unfortunately the production costs of such an impressive piece, including the use of a platinum glaze, proved prohibitive ro the manufacturer and the replica never went into full commercial production. It is estimated that less than 200 were produced before the project was abandoned in 1980.