TUG AT KYLE, AN OIL BY DAVID MCLEOD MARTIN 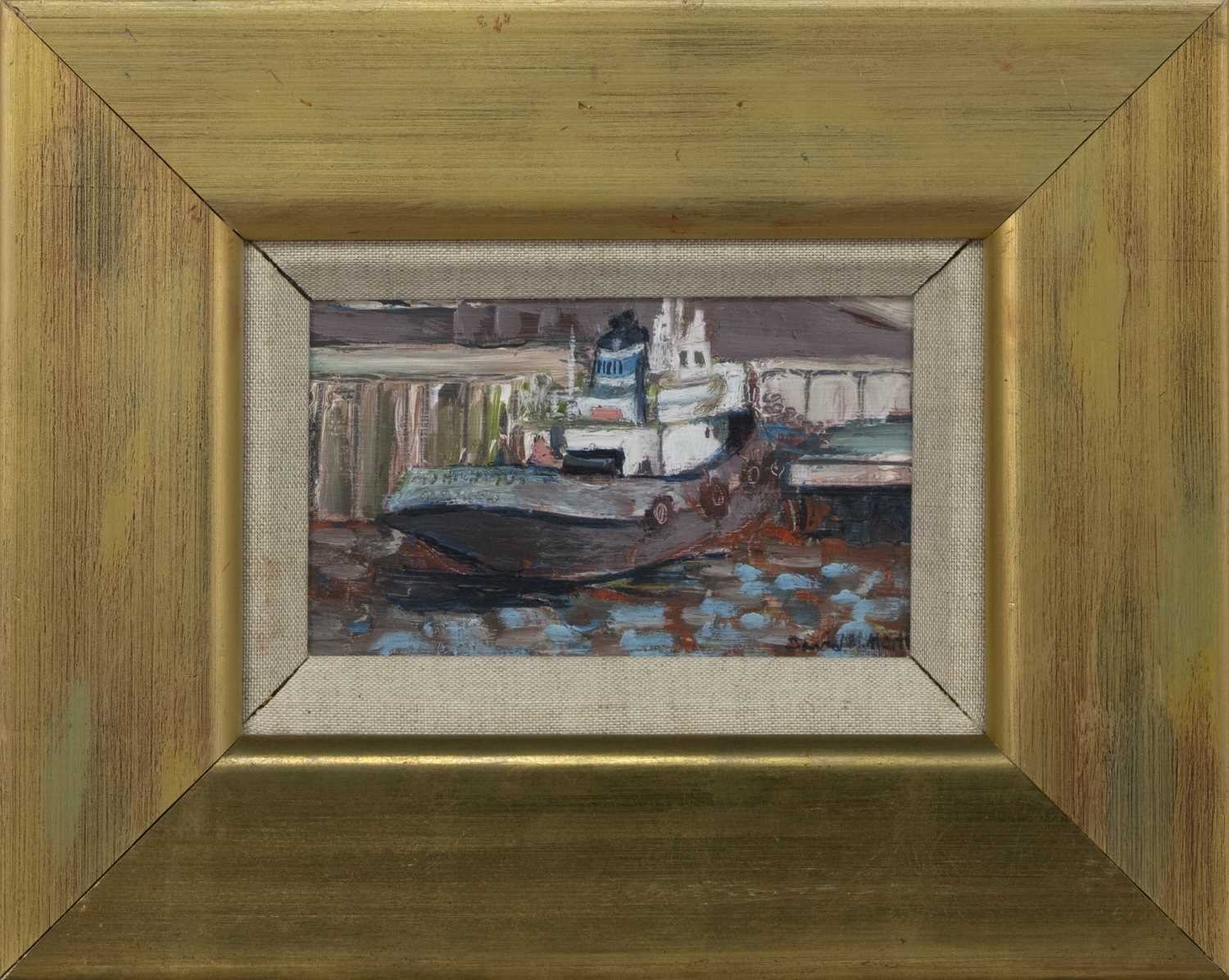 TUG AT KYLE, AN OIL BY DAVID MCLEOD MARTIN

* DAVID MCLEOD MARTIN RSW RGI (SCOTTISH 1922 - 2018),
TUG AT KYLE
oil on board, signed, titled label verso
image size 10cm x 17cm, overall size 28cm x 35cm
Framed and under glass.
Handwritten artist's label verso.
Note: David sold his paintings through our auctions from time to time and was always kind, courteous and well liked. David McLeod Martin was born in Glasgow in 1922. He studied at Glasgow School of Art from 1940 to 1942 before serving in India with the Royal Air Force between 1942 and 1946. He returned to Glasgow School of Art in 1946 where he studied under David Donaldson and met his future wife, the painter Isobel Smith. After graduating from Glasgow School of Art in 1948 he pursued a career in teaching. He married Isobel in 1949 and moved to Eaglesham where he lived for the rest of his life. He was elected a member of the Royal Glasgow Institute of Fine Arts in 1959 and the Royal Scottish Society of Painters in Watercolour in 1961. Between 1973 and his retirement in 1983, David Martin was Principal Teacher of Art at Hamilton Grammar School. After his retirement from teaching he concentrated full time on his painting. Numerous highly successful solo shows in London were to follow and he continued to enjoy commercial success and critical acclaim both at home and throughout the UK for the rest of his life. David Martin was widely regarded as one of the finest still life and landscape painters of his generation and his work is held in numerous public, corporate and notable private collections including The Arts Council of Scotland, The City of Edinburgh Art Collection, Perth Museum and Art Gallery, The Dick Institute, Kilmarnock, Robert Fleming and Company Ltd, Linklaters and Paine, Lord MacFarlane, The Earl of Moray, Credit Lyonnais Bank, Warburg Asset Management and the Clydesdale Bank. A major retrospective of his work was held at Perth Museum and Art Gallery in 1999.