Art is the illusion of spontaneity

Chinese artists have long maximised a concept inherent in much of their native artistic output – that art is the illusion of spontaneity. Seemingly the work of moments, a painting speaks volumes in just a few strokes of a brush. The phrase ‘the devil is in the detail’ comes to mind. Let’s look at lot 968 in October’s Asian Works of Art Auction. 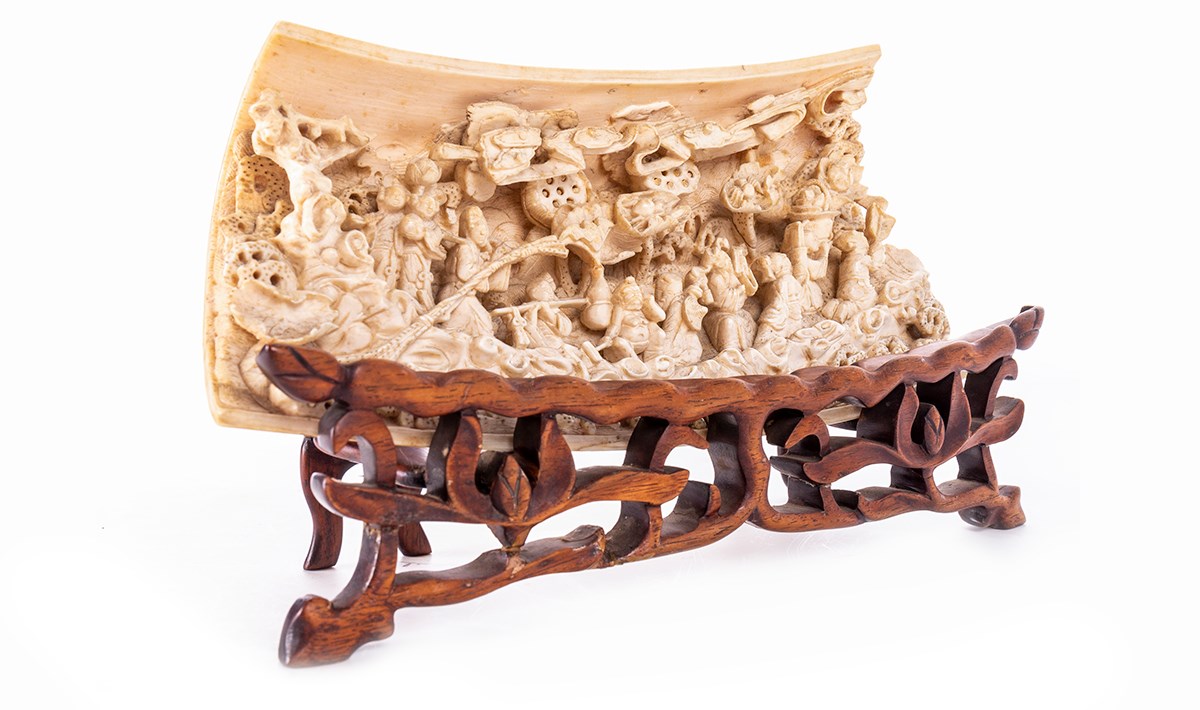 Wrist rests have been used by scholars in China for centuries. Calligraphy required precision and care. The wrist rest allowed the scholar to continue his flowing movement without smearing the ink and also to pause without losing placement and focus. Lot 968 is a late 19th/early 20th century example in ivory. The uncarved side of the rest features animals though not carved deeply – one must look closely to enjoy their beauty. Perhaps the work of moments for a skilled artisan. However, turn over the wrist rest and the intricate carving of the underside is revealed. Again characteristic of the Chinese artistic sensibility, the moment of reveal was surely something to be anticipated among the scholar and his companions. 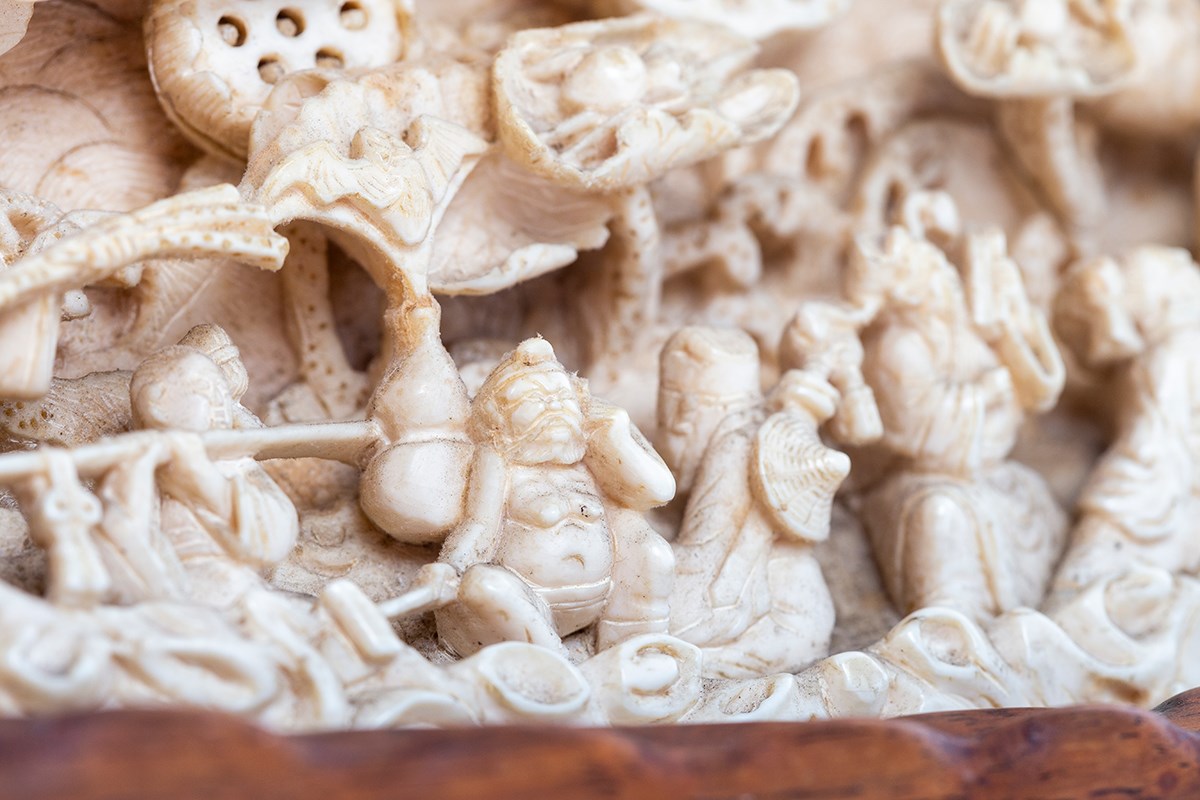 We enjoy the depth of carving and the detail – many figures can be seen on a boat upon the waves and beneath clouds. A thing of beauty indeed. The material is important too. Ivory was favoured in China as a sign of wealth and prestige. An expensive material over the centuries, it was reserved for those with the money to pay for it. Symbolic as well of purity and thought to bring the owner success, ivory was also used in traditional Chinese medicines, such was the belief in its power.

Lot 968 carries an estimate of £600-900 and the winning bidder will certainly be of good fortune to secure such a thing of beauty.

Rich in artistic and cultural heritage, treasures spanning centuries from China, Japan, Korea, India and Persia are sought after by collectors across the world. With a detailed understanding of this complex global marketplace, McTear’s specialists regularly achieve impressive prices for these ancient dynastic artefacts. Come along to the Valuation Days at McTear’s on Tuesday, Wednesday and Thursday this week for complimentary auction advice.