As expected most of the attention at the 25 May Rare & Collectable Whisky Auction will undoubtedly be given to the single malts, but there are some eye-catching old blends which could be set to steal some of the limelight.

The headline bottle of these blends is a bottle of ‘King George IV’ Scotch whisky. This bottle is hand blown, has a driven cork, and the ‘Top Notch’ label design indicates that it is around 100 years since bottling. At £500-£800, this is a bargain for true piece of whisky history. 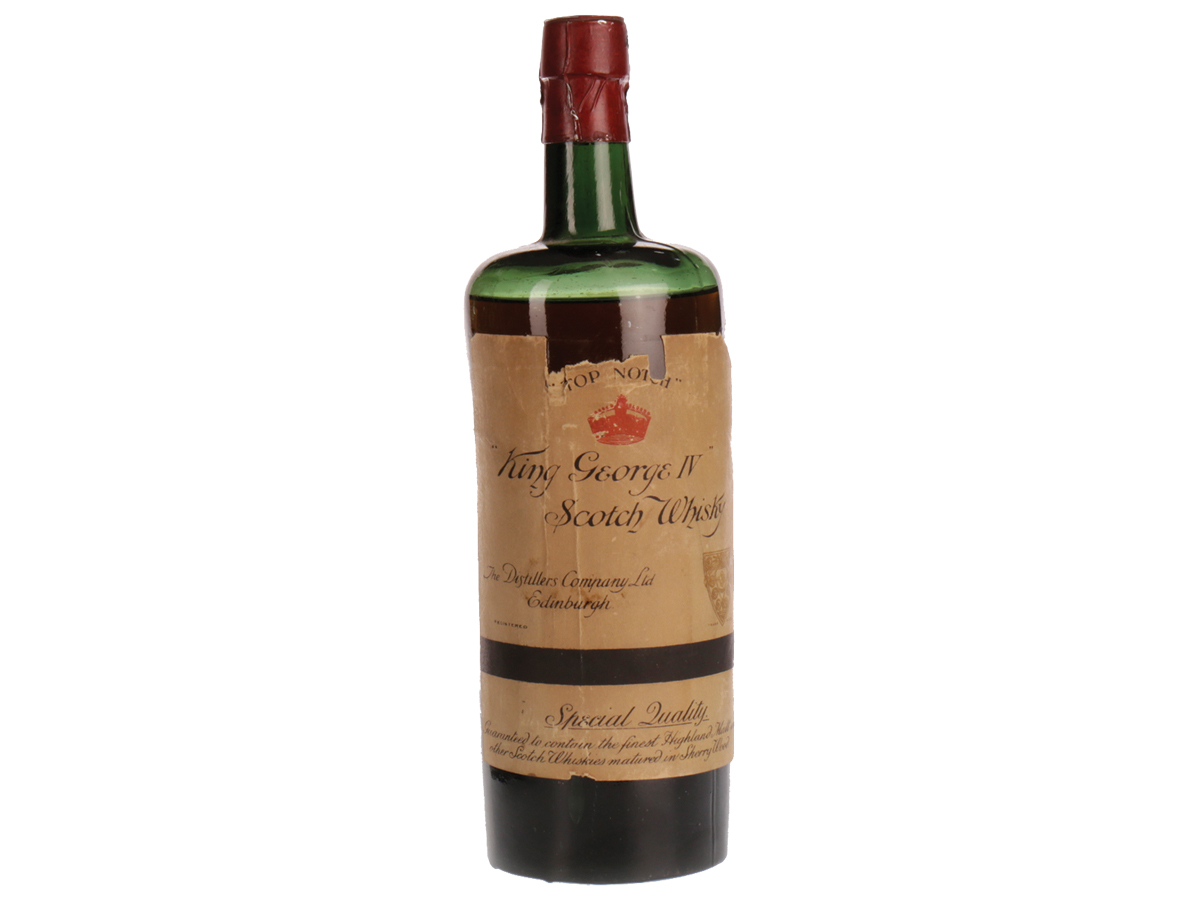 White Horse was first produced in 1861, owned by the same company as Lagavulin, it was famed for its high Lagavulin constituent. For this reason, it is always a favourite by collectors and investors who eagerly search out historic bottles. In the May whisky sale, McTear’s have four with significant age.

The first bottle has not only the vintage of 1953 on the label, but is also ‘By Appointment to the Late King George VI’. With a good fill level and the labels in reasonable condition, this bottle should sell for upwards of £100.

The other three bottles should generate even more interest. With both a spring cap lid, and ‘By Appointment to His Majesty the King’ on the label, this indicates an extra level of age. These are estimated to sell for £300-£500, but could well exceed this. 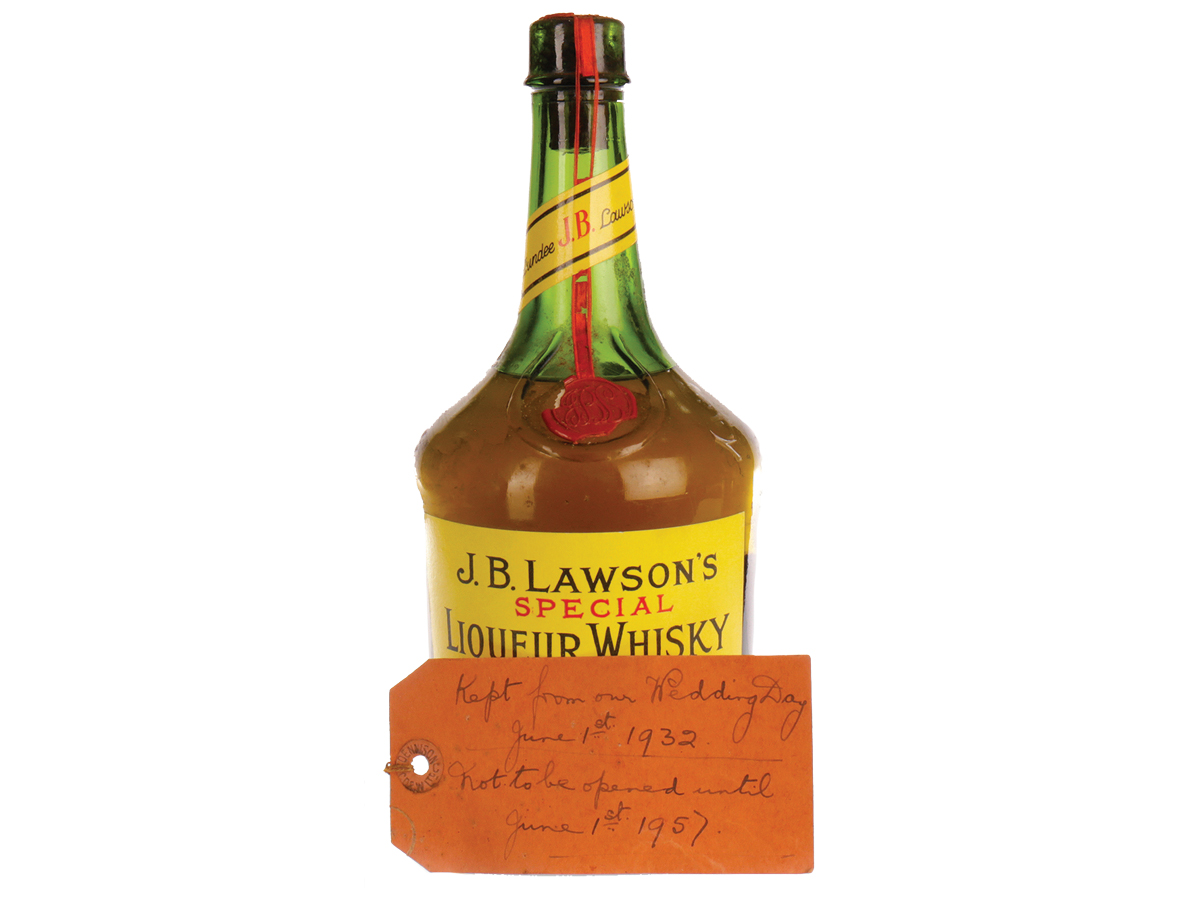 Other old bottlings from the same collection for sale are a J.B Lawson’s Special Liqueur whisky, with a driven cork, and a tag which dates it to around 1932, and a Black & White also with a driven cork, and is ‘By Appointment Distiller’s to HM the King & HRH the Price of Wales’. This bottle of Black & White also quotes the ‘Medical Magazine’ October 1905, indicating it is from the early, if not the first decade of the 20th century. 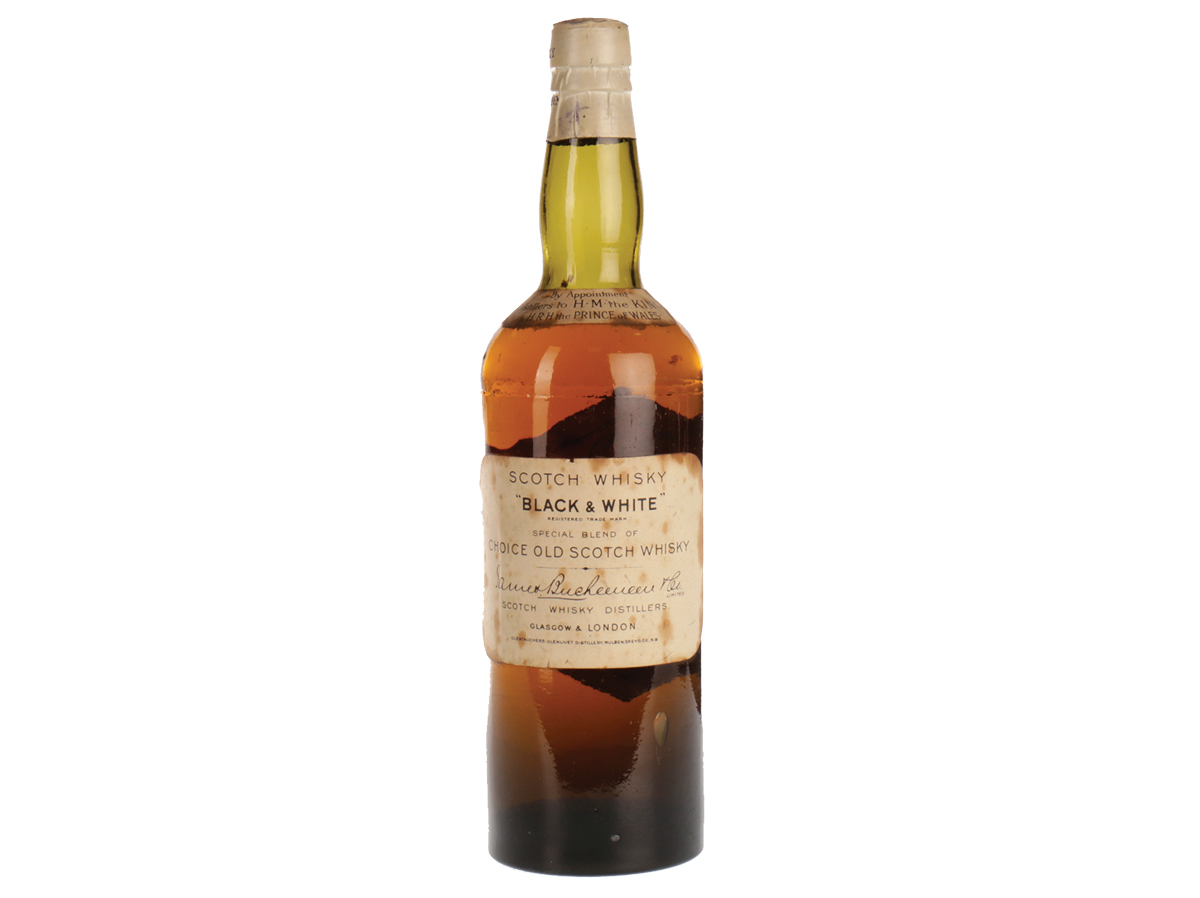