Known for his commitment to art for everyone, Wyllie was a social sculptor whose most famous works include Straw Locomotive and Paper Boat, both of which strived to ask questions about the decline of industrial Clydeside. 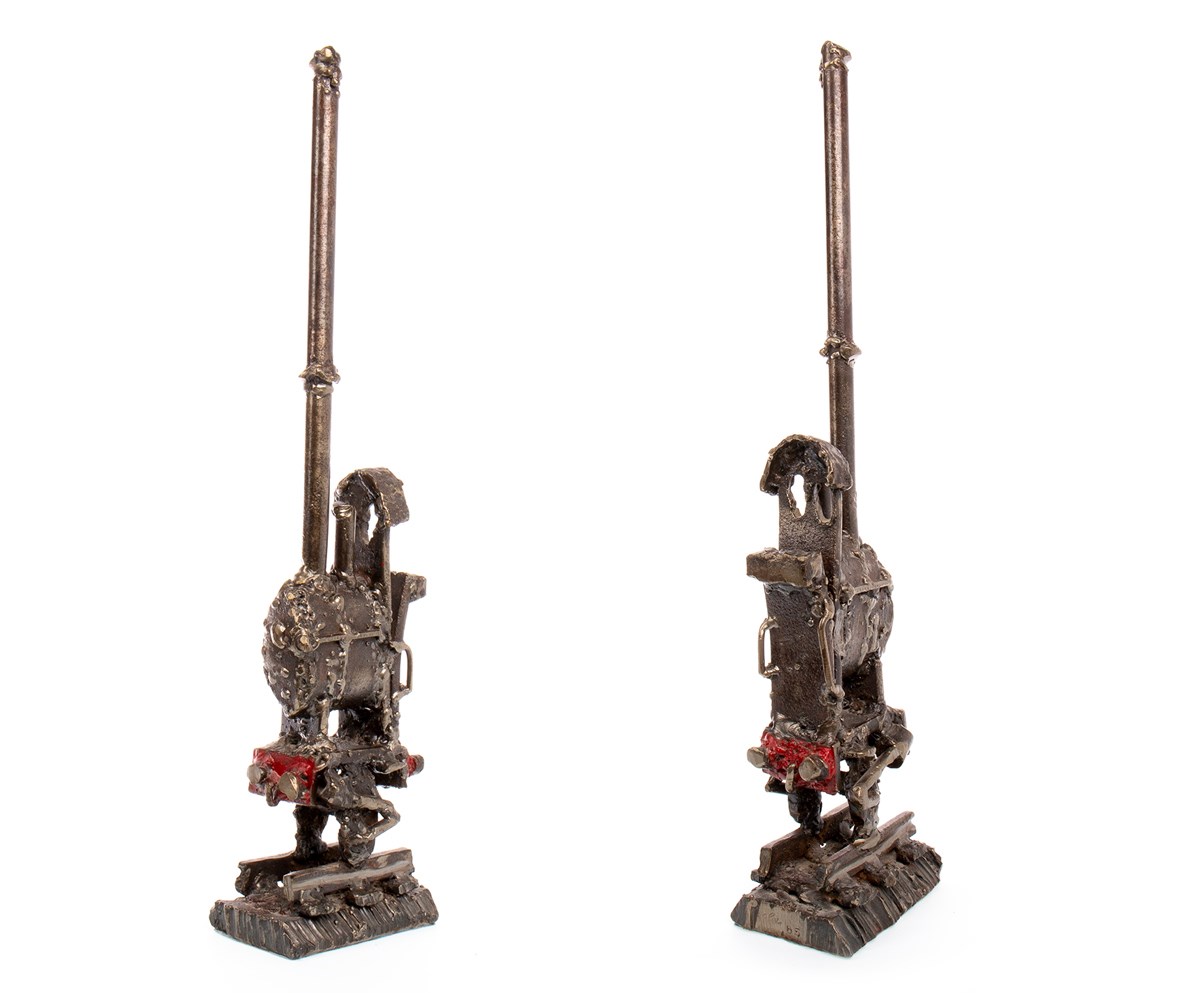 Glasgow’s industrial past is a recurring theme in Wyllie’s work, and lot 33 is a nod to the city’s status as the engine room of the British Empire.  Made of iron and measuring 41cm in height, this steam engine has an understated elegance and is a poignant tribute to Glasgow’s industrial identity.

Continuing the industrial theme is lot 34 which takes the form of a large Clyde Puffer.  Bought directly from the artist’s studio over ten years ago, this piece was created when Wyllie was working on a restoration project to save a boat which had been lying at the bottom of Greenock harbour.  Wyllie had a special place in his heart for puffers, both for their environmental and historic importance, and this piece is a classic example of Wyllie’s playful yet serious approach to art.

These two pieces illustrate Wyllie’s versatility and originality as an artist, as well as his passion and knowledge of Clydeside’s industrial and maritime heritage. Each piece carries an auction estimate of £100-200 and £400-600 respectively.