Put Yourself in the Driver’s Seat

The first Works of Art, Medals, Militaria & Furniture Auction of this year features a superb collection of vintage British and international model vehicles. Many of these lots originate from one impressive private collection, amassed over the years by the vendor’s father, who was a vintage car enthusiast.  Amongst the collection are examples by some of the most popular international model car manufacturers, including Tri-Ang, Corgi, Dinky, Scheco and more, with clockwork, electric and other model vehicles included.

Brothers Walter, William and Arthur Lines founded the Lines Brothers toymaking company after the end of WWI, deciding upon the brand-name ‘Tri-Ang’. Within only a few decades, the company had become a multi-national toy making company, and one of the best-known British manufacturers of toys and model vehicles. A name which has long proven popular with collectors, a variety of Tri-Ang model cars, tankers, vans and buses feature in this auction.

Amongst these Tri-Ang vehicles are a number of clockwork model vehicles. Beyond simply visually attractive, thoughtful engineering ensured these models were as life-like as possible. The Tri-Ang Minic clockwork motors featured in their model vehicles were designed for modification of the gears, allowing differentiation in the motor speed on the basis of the type of the car. For example, steamrollers were designed to run slowly, whilst racing cars would run faster than conventional cars. At McTear’s this month, a Tri-Ang Minic tin plate clockwork town car, with key, comes along with five other Tri-Ang Minic clockwork cars in lot 1702. This comes with an attractive auction estimate of £80- 120. 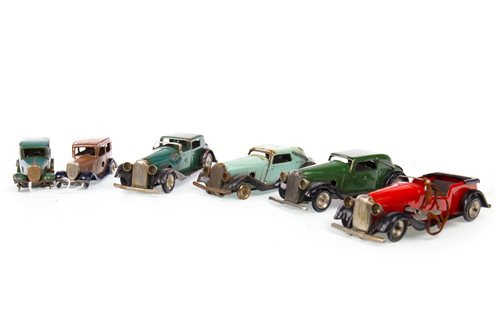 Another great Tri-Ang lot is 1714, which features five Spot-On by Tri-Ang model cars including Aston Martin examples. This is also estimated at just £80-120. 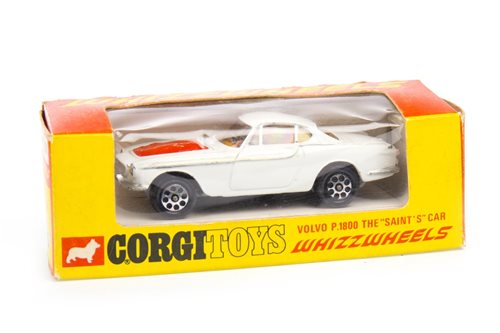 For the full range of fabulous furniture, works of art and of course model cars in this auction, click to view the catalogue now >>

Put yourself in the driver’s seat! Come along and bid in person at the live auction in our Glasgow galleries. The auction starts at 11:30am on 1st February.