Secret Symbolism – The Jacobites and their Drinking Glasses

18th century glassware has, for a long time, been sought after by collectors. The revolutionary nature of these pre-industrial drinking vessels, created in the wake of the invention of lead-glass by George Ravenscroft in 1674, marks them as unique historical artefacts.

The great variety of pieces produced throughout the period has, over time, allowed for a broader categorisation of their numerous forms, functions and designs; ranging from early Venetian inspired goblets, to distinct Newcastle light balusters, and later twist stem cordial glasses.

From this categorisation has emerged a clear hierarchy, and, whilst a humble half ale glass may only set you back a few tens of pounds, a rare colour twist cordial glass may see you paying within the high thousands, underpinning the pursuit as one open to collectors of all levels.

Perhaps the most sought after of the 18th century vessels however, are those pertaining to the Jacobite Rebellions of 1690 to 1746.

The Jacobite movement in Britain was one born out of a support for the exiled Catholic monarch, James II & VII, and later his descendants James III & VIII and Charles Edward Stuart (who would become known as Bonnie Prince Charlie). 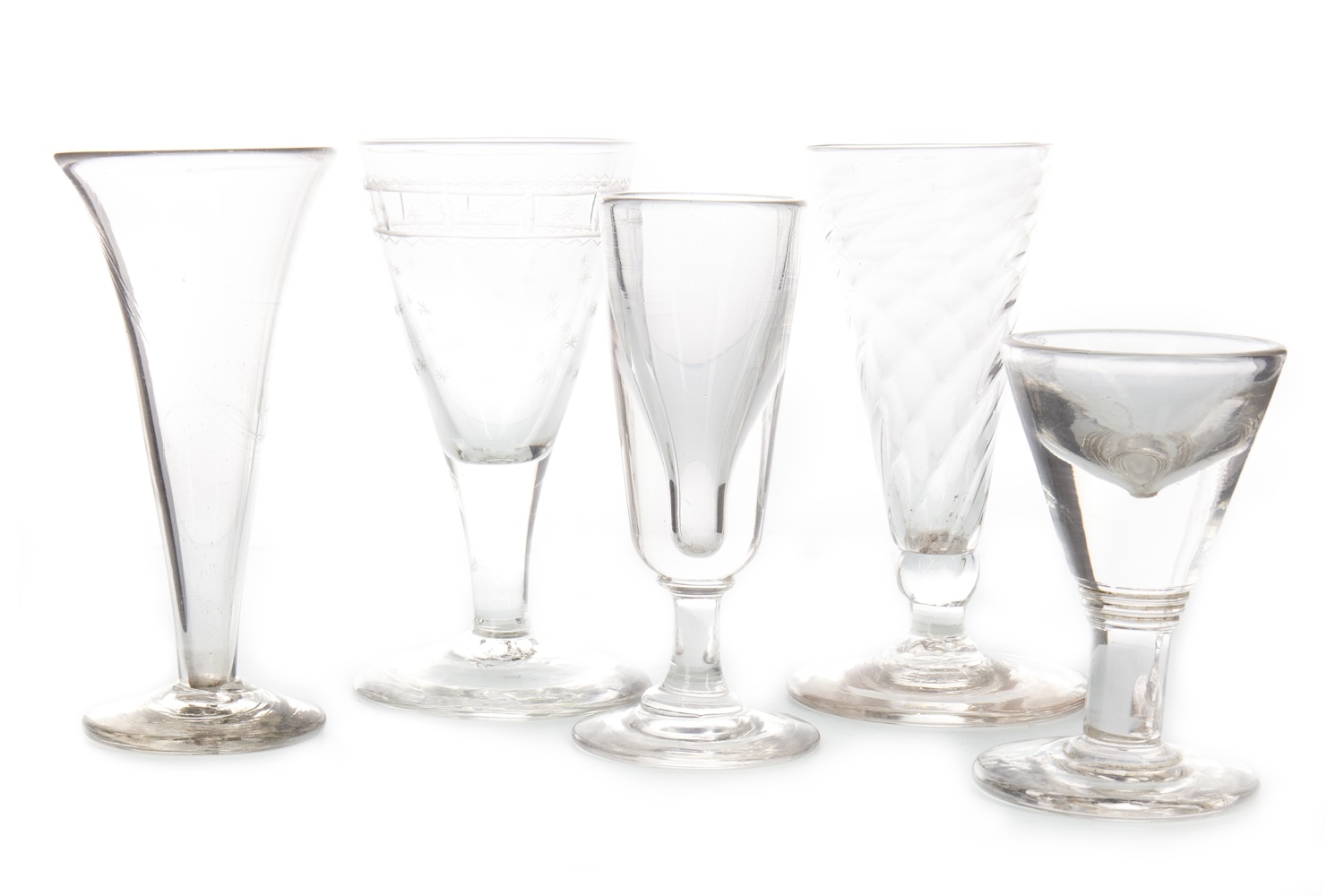 To combat this support and maintain the new Protestant line of succession, the Whig government passed a series of strict sedition and treason laws, with capital punishment posing a very real threat to those who disobeyed. To effectively subvert these laws, the Jacobites devised their own secret language of code, symbols and cant, allowing them to express their political sympathies to others in the know without running the risk of arrest and prosecution.

It is upon their drinking vessels that we see some of the most extensive evidence of this language, with decorative motifs ranging from oak leaves to butterflies signifying support for the cause in a way that managed to avoid detection and subvert the law. 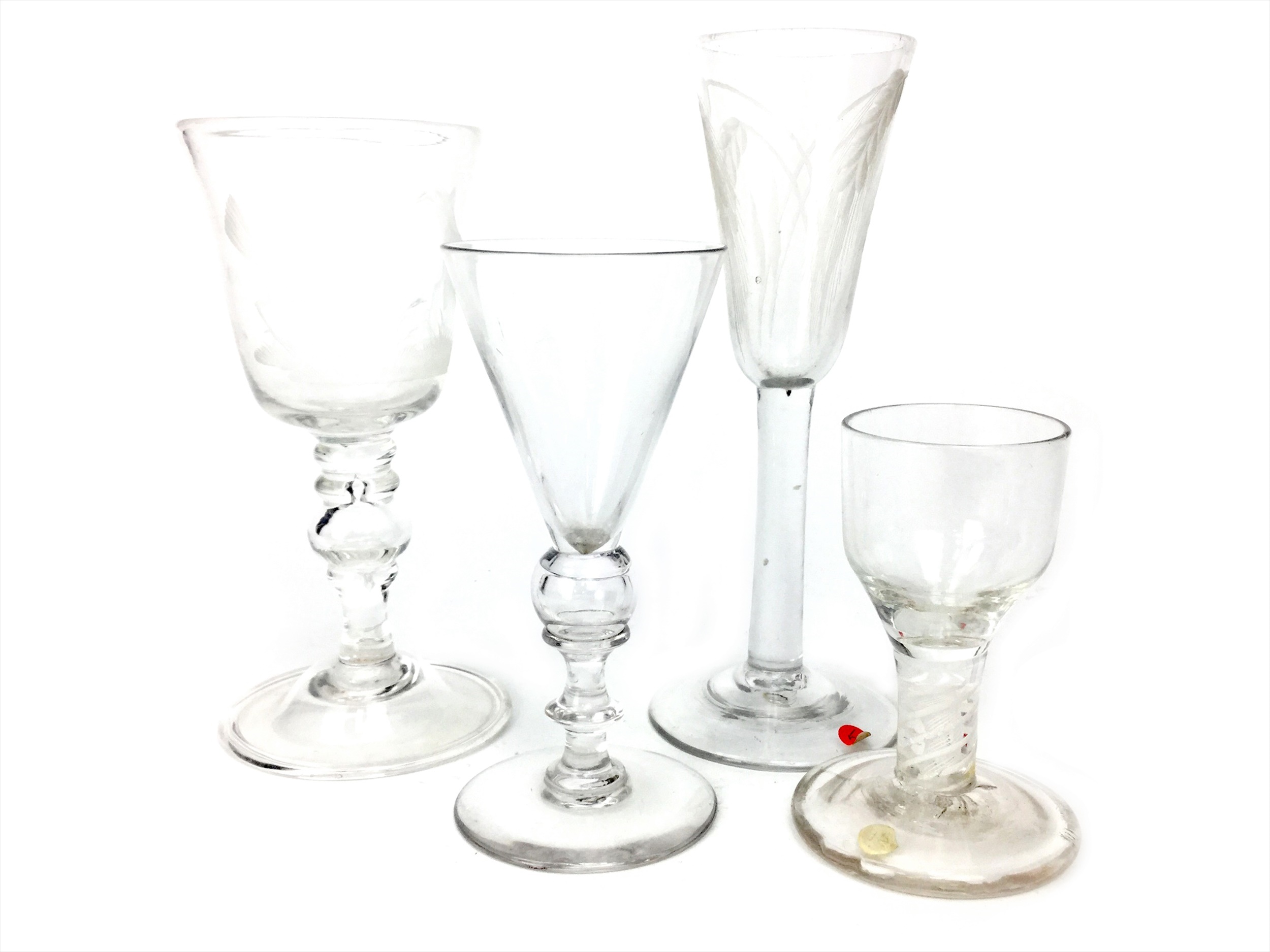 Lot 1334 in our upcoming British & Continental Ceramics & Glass auction stands as a wonderful example of this, engraved with both of the above symbols, as well as the five petal Jacobite rose and the Latin motto ‘Fiat’ (or ‘Let it be’), which became a popular slogan within many Jacobite circles. It is in these historical sentiments that we see collectors ascribe monetary worth to the glasses, with them once having been at the very centre of the highly treasonous Jacobite toast of allegiance.

Whilst certainly the rarest 18th century vessel within the auction, it isn’t the only one, with Lot 1290 containing a more moderately priced wrythen half ale glass, as well as Lot 1333, which contains a highly unusual milk twist firing vessel. So raise a glass, and be sure to join us for what promises to be another smashing British & Continental Ceramics & Glass auction Thursday 30  January!