Snakes are often associated with evil, envy or used to describe someone who isn’t quite what they first seem! However, the Ancient Romans believed that the snake represented everlasting love, which is what many people associate the snake motif with today.

During the Victorian era Prince Albert proposed to Queen Victoria with a gold ring in the form of a serpent set with an emerald, which was her birthstone, diamonds and rubies. Due to this, serpent jewellery became popular and was soon associated with eternal love, wisdom and good luck. People were keen to emulate Queen Victoria, evident in the amount of Victorian serpent jewellery still in circulation today. Queen Victoria is fondly known as the world’s first trendsetter when it comes to jewellery and we have the iconic serpent ring to thank her for. 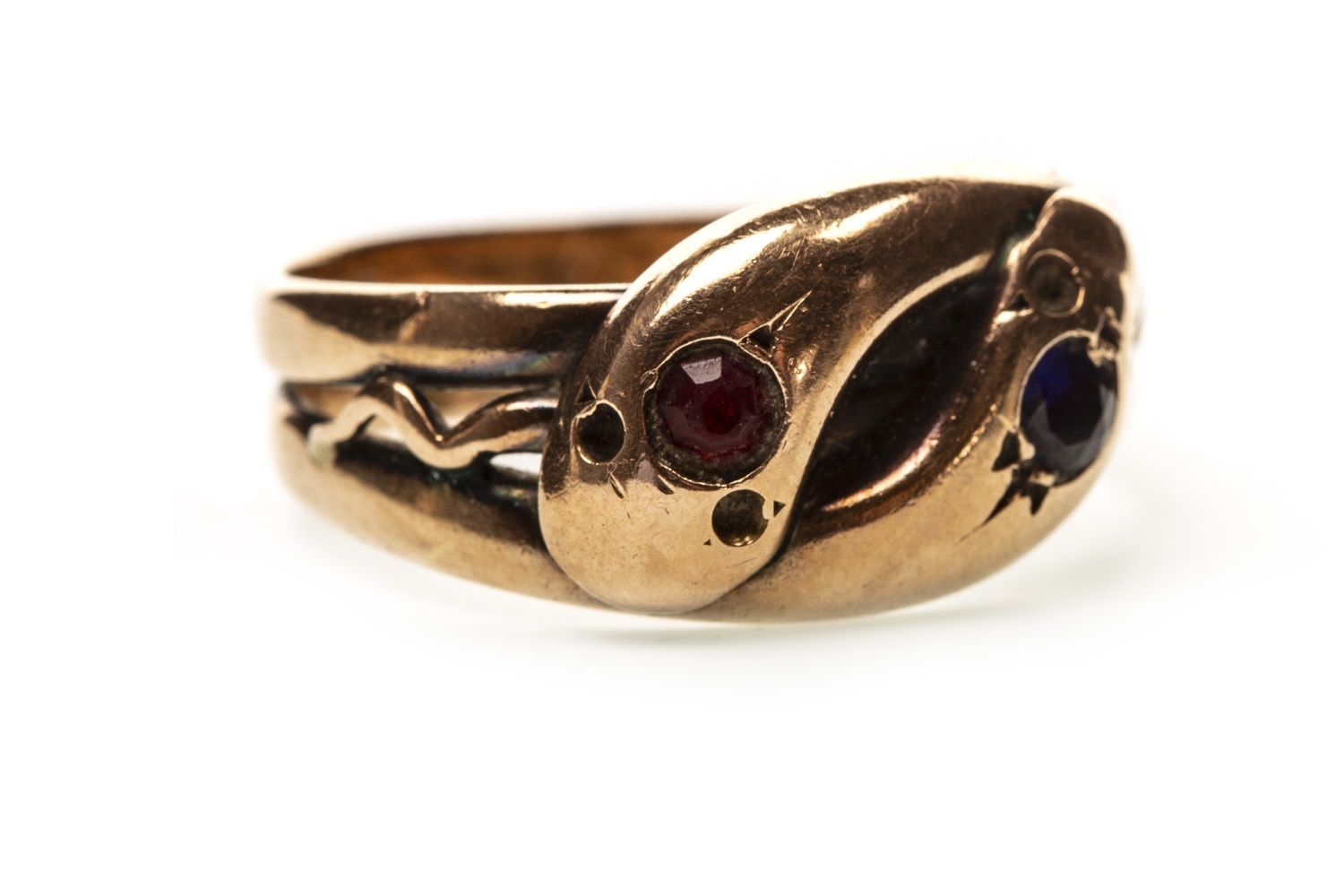 Lot 21 in The Jewellery Auction 28 August is a Victorian red and blue gem set serpent ring depicting two snakes coiled around each other. Each snake is set with a round colour gem to its head.