Military brooches always prove popular at auction due to their intricate detail and the history behind each piece. The Jewellery Auction on 24 February features two lots of military brooches relating to the RAF. Upon its creation towards the end of World War I on the 1st of April 1918, the RAF had over 300, 000 personnel, making it the most powerful air force in the world. At the height of World War II, the RAF comprised of over 1,000,000 servicemen. Each of these lots commemorate at least one of these servicemen and holds a great deal of history - so don’t wait in the wings for these lots to pass you by!

Lot 43 is a bar brooch depicting an albatross in flight, retailed by Geo. Jamieson & Son of Aberdeen. Estimated at £100 - £150, this hefty brooch weighing in at 10.9g won’t struggle to take flight during the sale! There is still some confusion around whether the bird depicted is an eagle or an albatross however when Welsh Chief Petty Officer Pepper was appointed in 1918 to design the official logo of the RAF, he opted for the albatross, the largest seabirds known to frequent the Welsh coast,  as the Germans were already famous for their use of the eagle insignia. 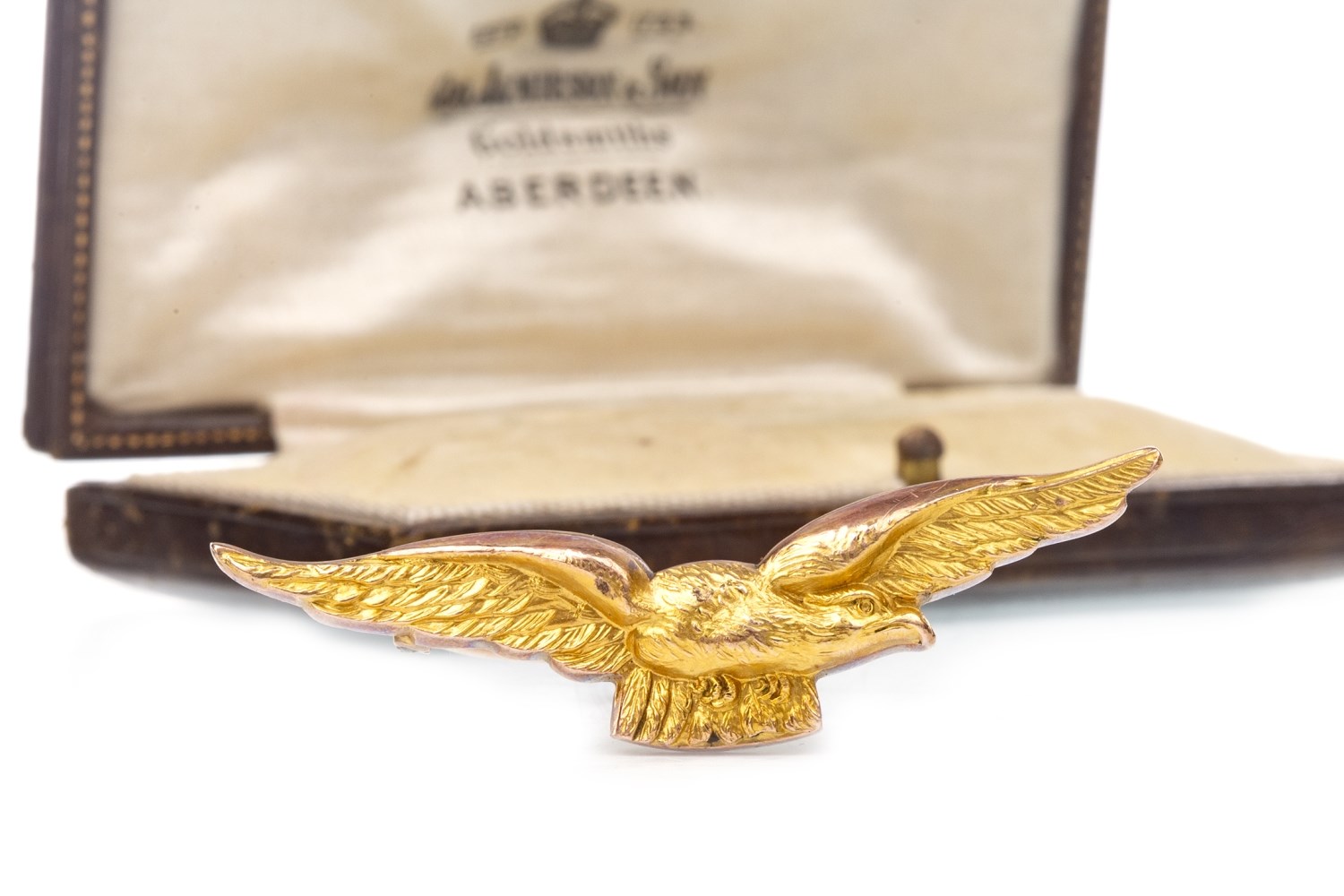 The next lot in this sale, lot 44, features a pair of RAF brooches, one with enamel detail and the other depicting the albatross in flight between the wreath and crown emblems. Each brooch is noticeably more dainty than the previous lot, and this pair are estimated at £60 - £80. With one brooch showing some signs of wear and missing enamel, this shows that it was a well loved piece of jewellery worn for many years to show someone’s pride and dedication to their beloved.