Chilling early Manson letter to go under the hammer

A prison letter from one of the world’s most notorious criminals is attracting interest from collectors across the globe ahead of its auction at McTear’s in Glasgow.

The rambling correspondence from Charles Manson, which talks about skiing in Finland, meditating  and forgetting the past, is being sold by a former Finish ‘pen pal’ of the infamous San Quentin inmate. 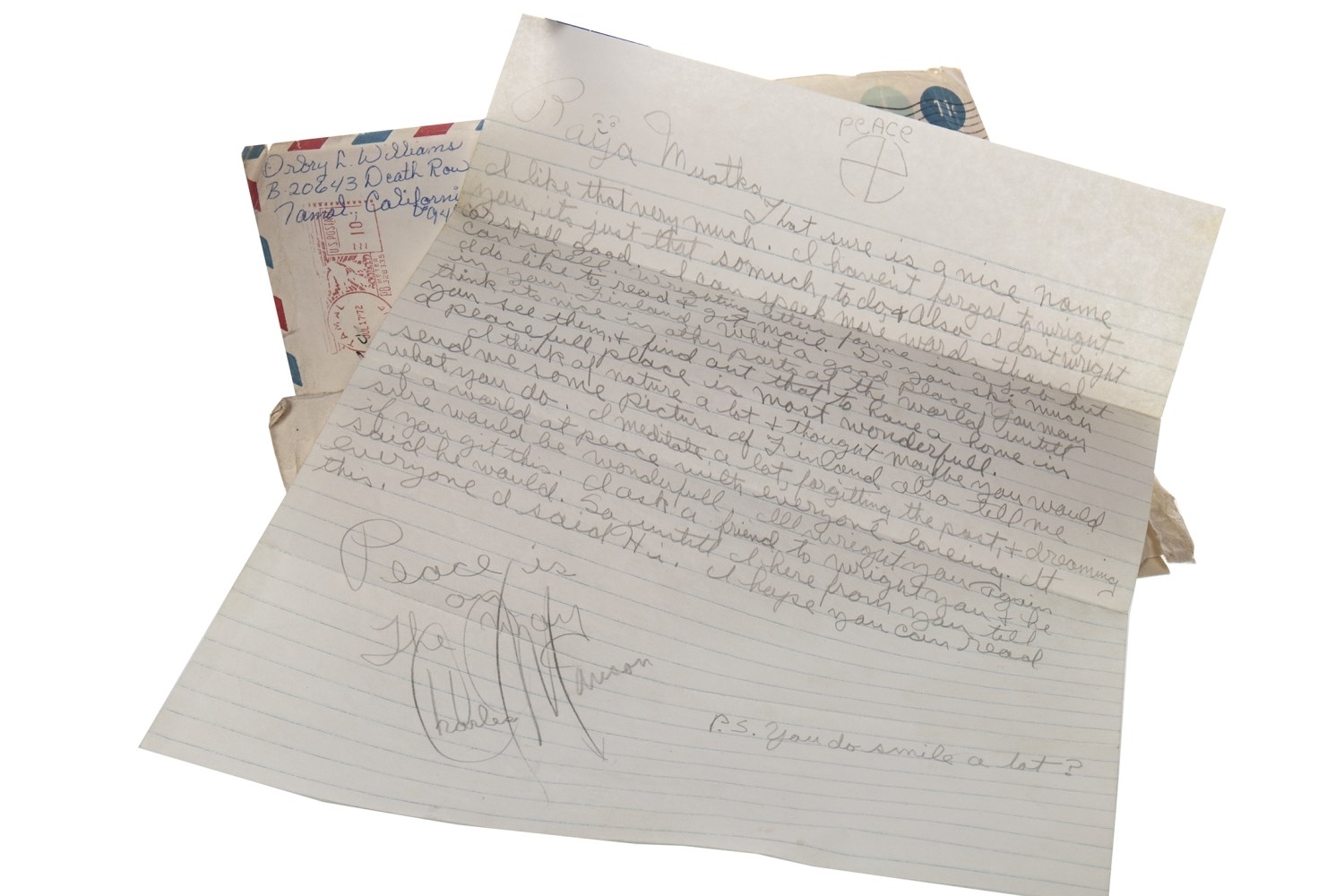 Written in 1972 when the vendor was 16 and Manson was 38, the letter ends with a chilling question from the inmate to his pen friend, asking if she smiles a lot.

The item represents one of the earliest Manson prison letters to come to auction, with experts expecting the correspondence to fetch several hundred pounds. 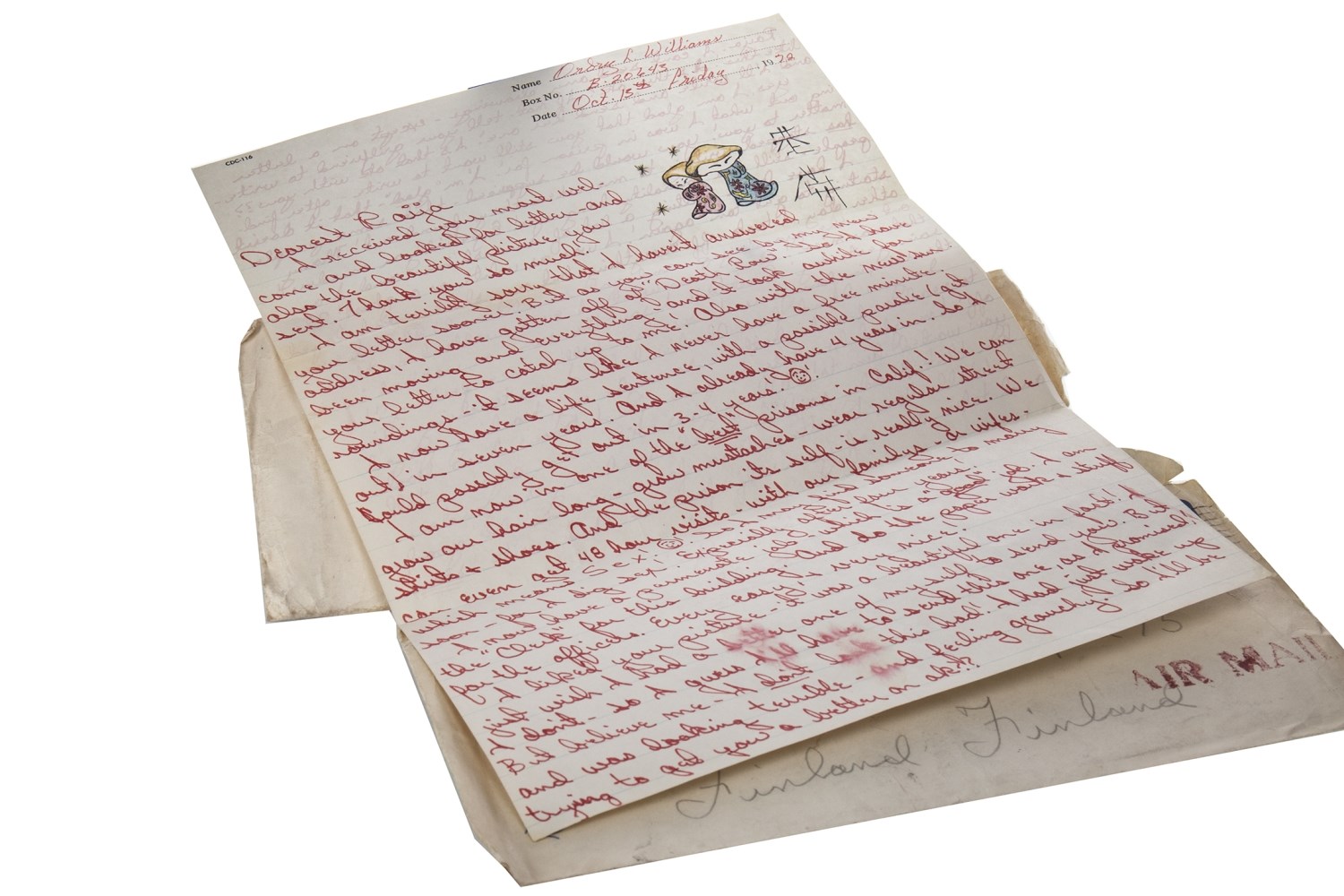 Commenting on the auction, Brian Clements from McTear’s said: “Although a number of Manson letters have come to auction in the past it is unusual to see one from the earliest period of his prison term.  The letter gives a bizarre insight into the troubled mind of one of the world’s most notorious criminals and we expect the lot will be of significant interest to the wide community of collectors of this type of unusual memorabilia.” 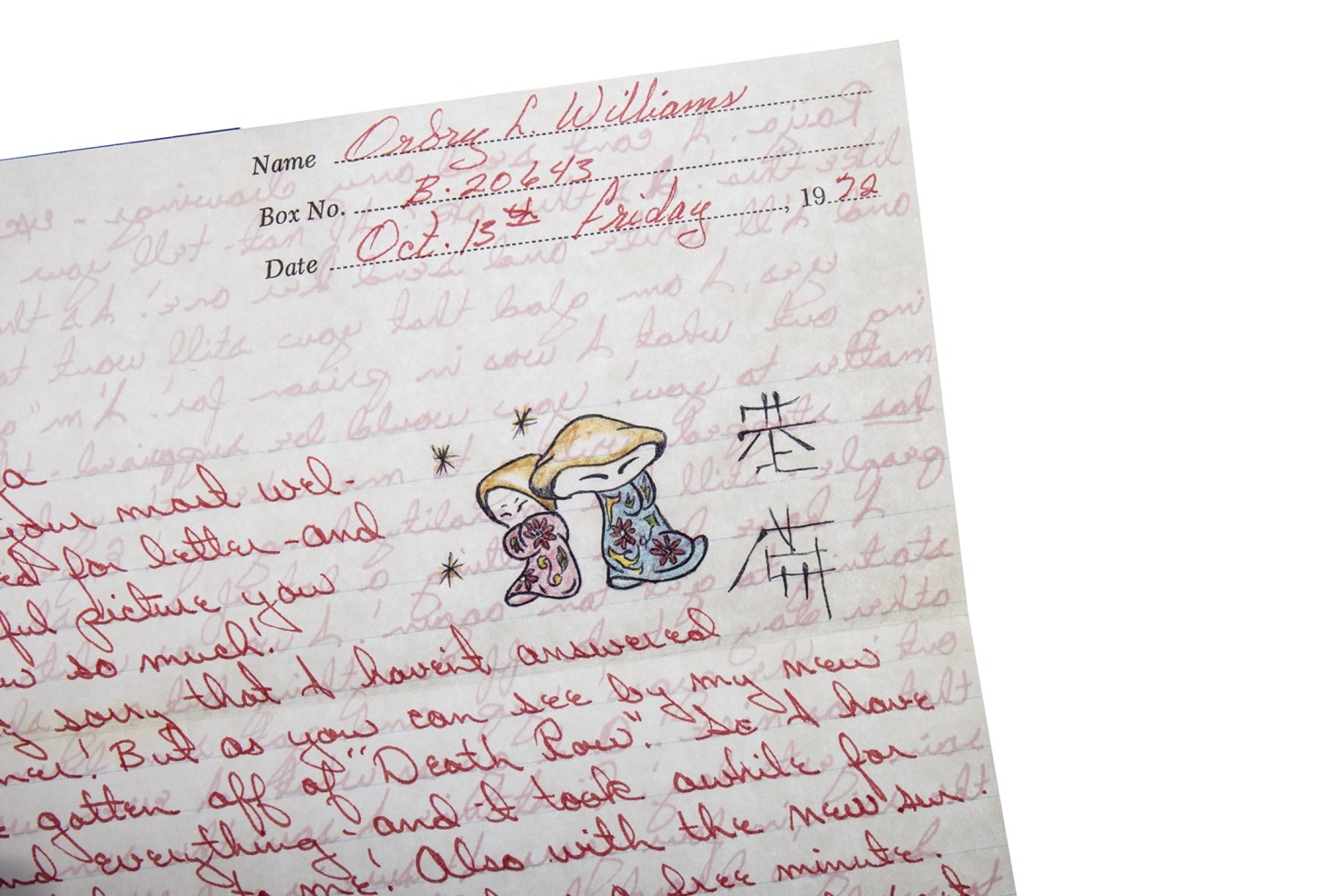 Charles Manson was an American criminal and cult leader who founded the Manson Family in the 1960s.  Acting under the instructions of Manson, the ‘family’ committed a series of nine murders at four locations, including actress, Sharon Tate, wife of director Roman Polanski.

Manson was given the death penalty for his crimes in 1971, a sentence that was later commuted to life imprisonment.  He died in prison in November 2017, aged 83. 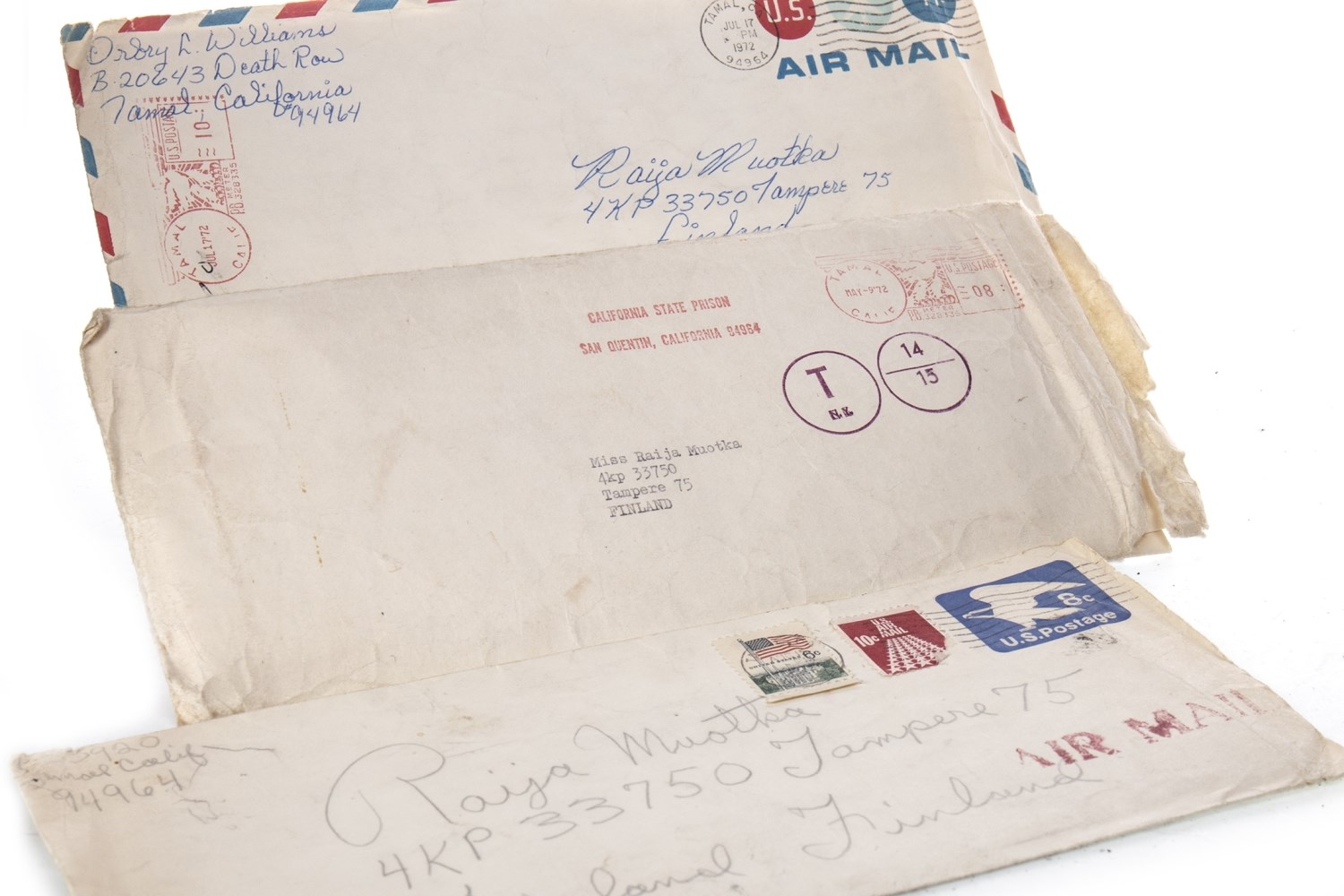 In addition to the Manson letter, the macabre lot also features a letter from the assistant warden at California State Prison and one from Manson’s fellow inmate, the murderer Orbry L ‘Buddy’ Williams.

The letters will feature in McTear’s Works of Art Auction on Friday 15th March.