Raise a glass with McTear’s this February

McTear’s is delighted to offer a fine example of a late-18th Century Toast-Master’s glass in the February auction of British & Continental Ceramics & Glass. This features as lot 1219, a late 18th century Toastmaster's glass, with an estimate of £200–300. 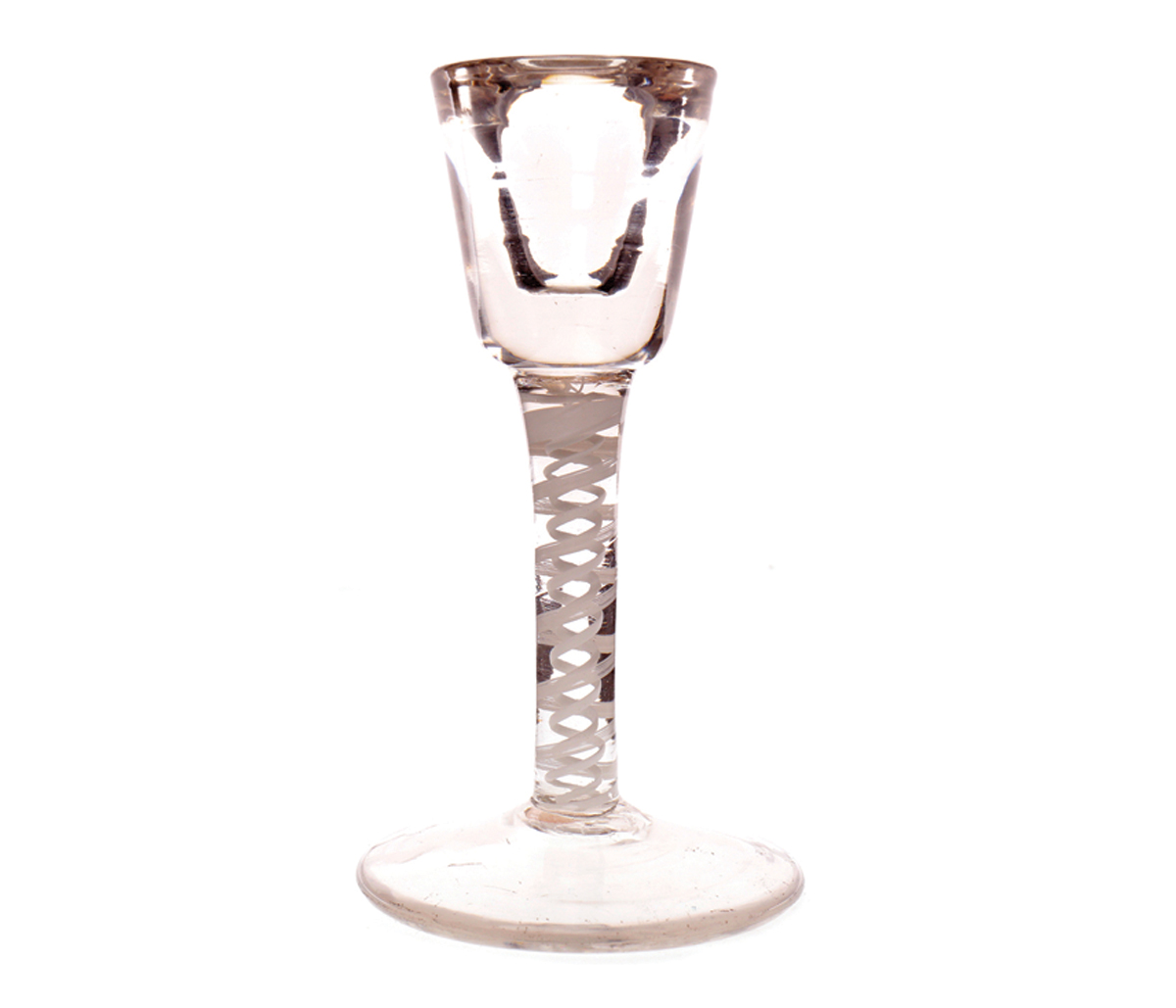 These glasses were made to the same size as drinking glasses but were cleverly designed with a concealed depression in the bowl to only hold about one-quarter of the capacity of a normal glass. Originating in English gentleman’s clubs in the 18th century they allowed the toast-master to carry out his duties of proposing toasts and introducing speakers, while still retaining some sobriety. During this period England, and more specifically London, dominated the glass market with prominent factories at Whitefriars, Falcon and Falcon Stairs Glasshouse, etc., and by 1783 there were 106 glasshouses in the country, with ten in Scotland and ten in Ireland.

The opaque twist inside the stem of this glass starts at the top right and winds downward meeting the bottom left of the stem at the elegant, wide foot that is somewhat thicker than the usual to withstand being slammed down on a table after a toast.

For information on upcoming auctions and selling at McTear’s >>