With global demand for single malt whisky continuing to soar, we frequently read news stories of distilleries expanding and adding more stills in an effort to keep up. And, while their fundamental processes may not have changed much over the last few hundred years, do today’s modern super distilleries still retain that spark of magic that originally captured the imagination of whisky drinkers the world over? It’s a topic that could be debated endlessly by afficionados, probably over a dram (or five), and one that’s unlikely to achieve consensus.

Maybe that’s why the relatively small, family owned, Springbank distillery in Campbeltown has captured the hearts and imaginations of so many. One of very few distilleries in Scotland that can carry out 100% of the process on-site, Springbank is unapologetically traditional in its approach to whisky making. Whereas a trip to Macallan is akin to visiting a luxury hotel, Springbank is more like a living museum (in the best possible way). There are no ultra-modern extensions housing shiny, polished stills as far as the eye can see, nor are there ever likely to be. 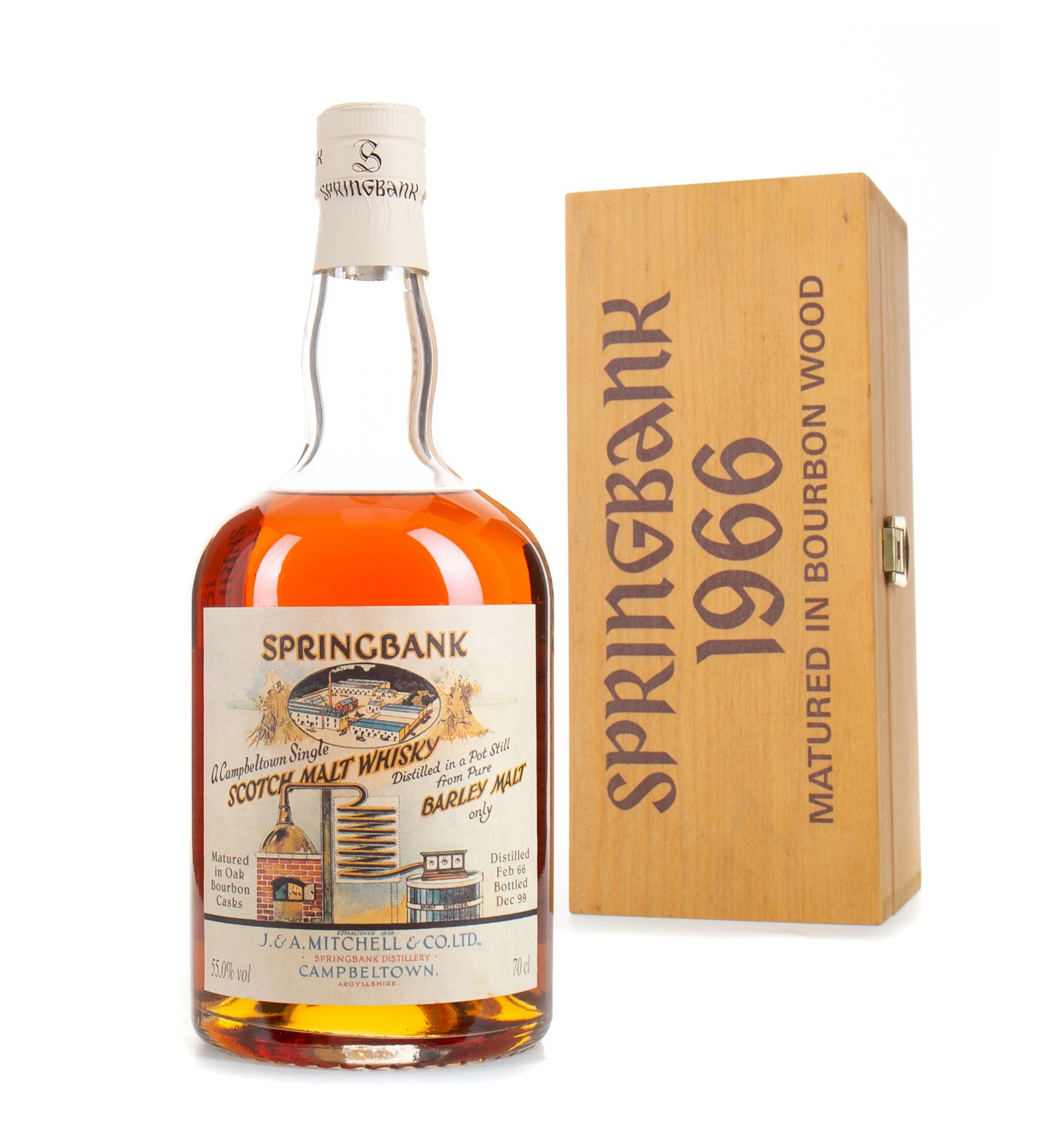 Perhaps nothing epitomises the Springbank ethos more than their Local Barley series which, as the name suggests, sources all the raw ingredients from within a ten-mile radius of the distillery. These unadulterated and uncompromising whiskies, bottled at full strength with no chill-filtration or added colouring to interfere with the smorgasbord of flavours on offer, offer a window into the past that few other distilleries can match. The 1966 vintages in particular have been showered with praise by anyone lucky enough to sample them, and represent not just the distillery’s best work, but some of the most highly regarded single malt whiskies of all time.

As the distillery’s popularity continues to grow, these astonishing expressions are becoming increasingly scarce. And, although Springbank continues to produce new ones, there is no substitute for owning a bottle of the legendary 1966 vintage. We’re always thrilled to host an auction featuring one of these exceptional whiskies, and we hope you’re equally excited by the prospect of getting your hands on one.