The Silver Auction on Thursday 15 March saw lot 847,  two pairs of novelty sugar nips, summersault over the high estimate, reaching a surprising £170. The nips, modelled as circus acrobats, attracted a lot of attention on the view, and it wasn’t surprising that they did so well within today’s silver auction. 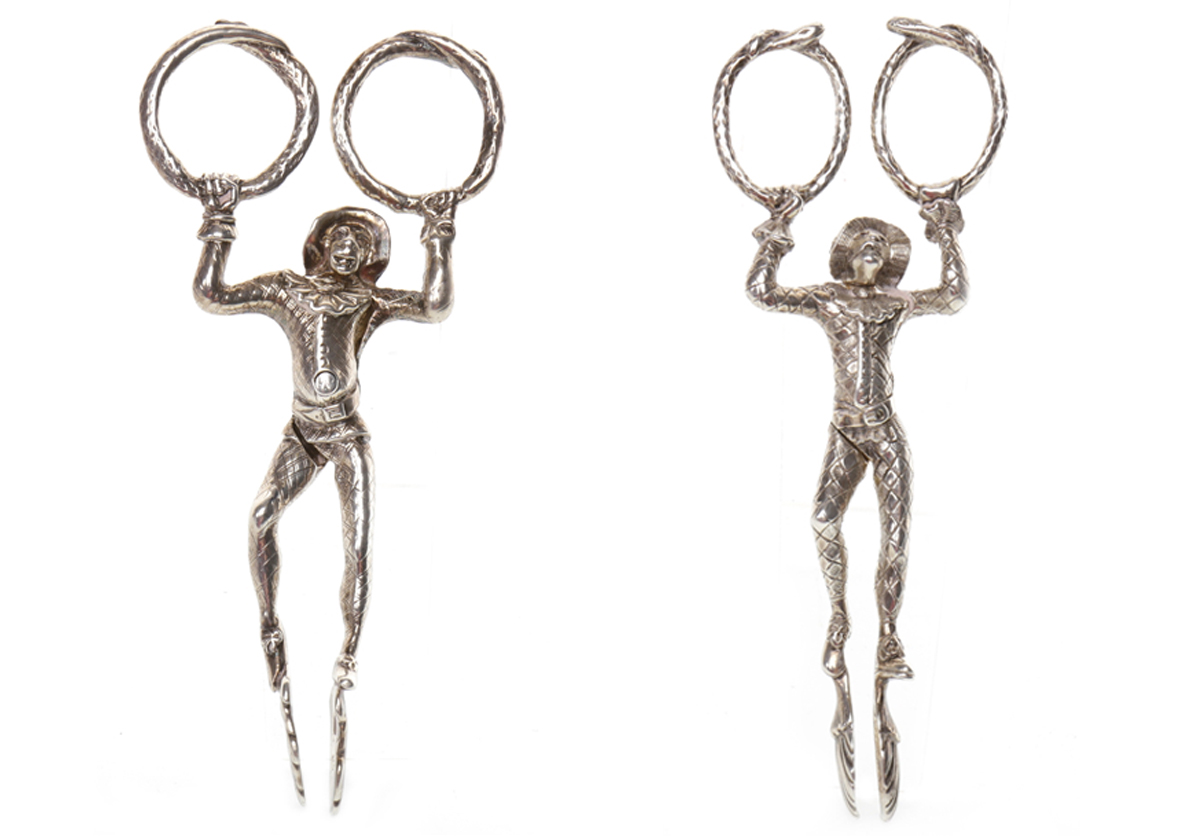 With one pair dating from 1820, and the second being a later 20th century reproduction of this iconic design, they were both in marvellous condition for their age. Now off to a new home, they are sure to be the talk of any future tea party they play a part in.

The nips weren’t the only lot to steal the show as both 835 and 836, two separate lots of collector’s silver ingots, both hit the higher end of their estimates at £600 and £900 respectively.

The specialist Silver Sales boast the finest examples of silver work; from the modest vesta to the weightiest casket, each item is given room to shine. Dedicated auctions of silver are held every six weeks.