The Sovereign - a history

Sovereign - a monarch; a king, queen or other supreme ruler.

Gold sovereigns are among the most popular coins at auction and we are accustomed to seeing these but what do we really know about the gold sovereign?

Gold coins have been around since ancient times however the first sovereign, the largest and most valuable gold coin to be created at the time, was brought to life on the 28th of October 1489 under the rule of the first Tudor Monarch, Henry VII and it was named after the King himself, otherwise known as the sovereign. This gold coin portrayed an immense amount of power and the succeeding monarchs each struck their own versions until the tradition died out under the reign of James I, King of Scotland and England from 1603. 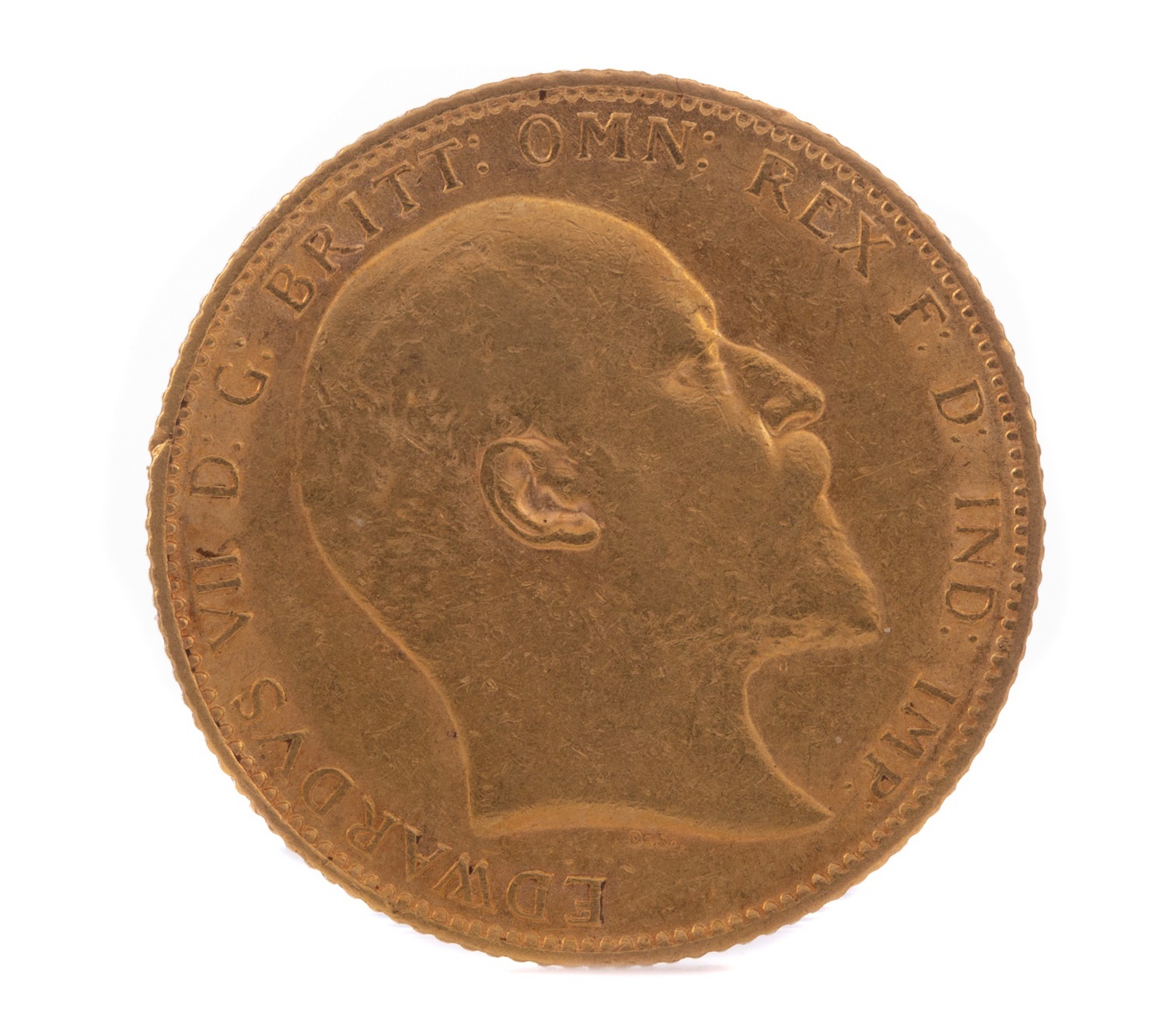 After the Battle of Waterloo, a review of the nation’s coinage was underway. It was said that the nation preferred gold coinage and so, a new currency was born in the form of a gold twenty shilling coin which adopted the historic name of the sovereign. These coins were used as common currency until the First World War when paper money was introduced due to a need for the use of precious metals for weapons and military use. Coins were still in production however they were not for public use as they were part of Britain’s gold reserve and were used to pay off war debts to the United States.

The 1817 revival of the sovereign involved a famous Italian cameo and gem engraver Benedetto Pistrucci who made models and dies for the new coin. These were engraved in jasper and included the bust of the monarch and the depiction of St George and the Dragon. He thought this would be a suitable motif as he had previously modelled this to be used in the insignia of the garter and he was able to modify this design to suit the new coinage. You may think that the image of St George is incredibly handsome for a man slaying a dragon and so he should be as Pistrucci modelled the image of St George from an Italian waiter that worked at the hotel he lived in! This design didn’t concurrently feature on each sovereign however it is an iconic image that we associate with them today. 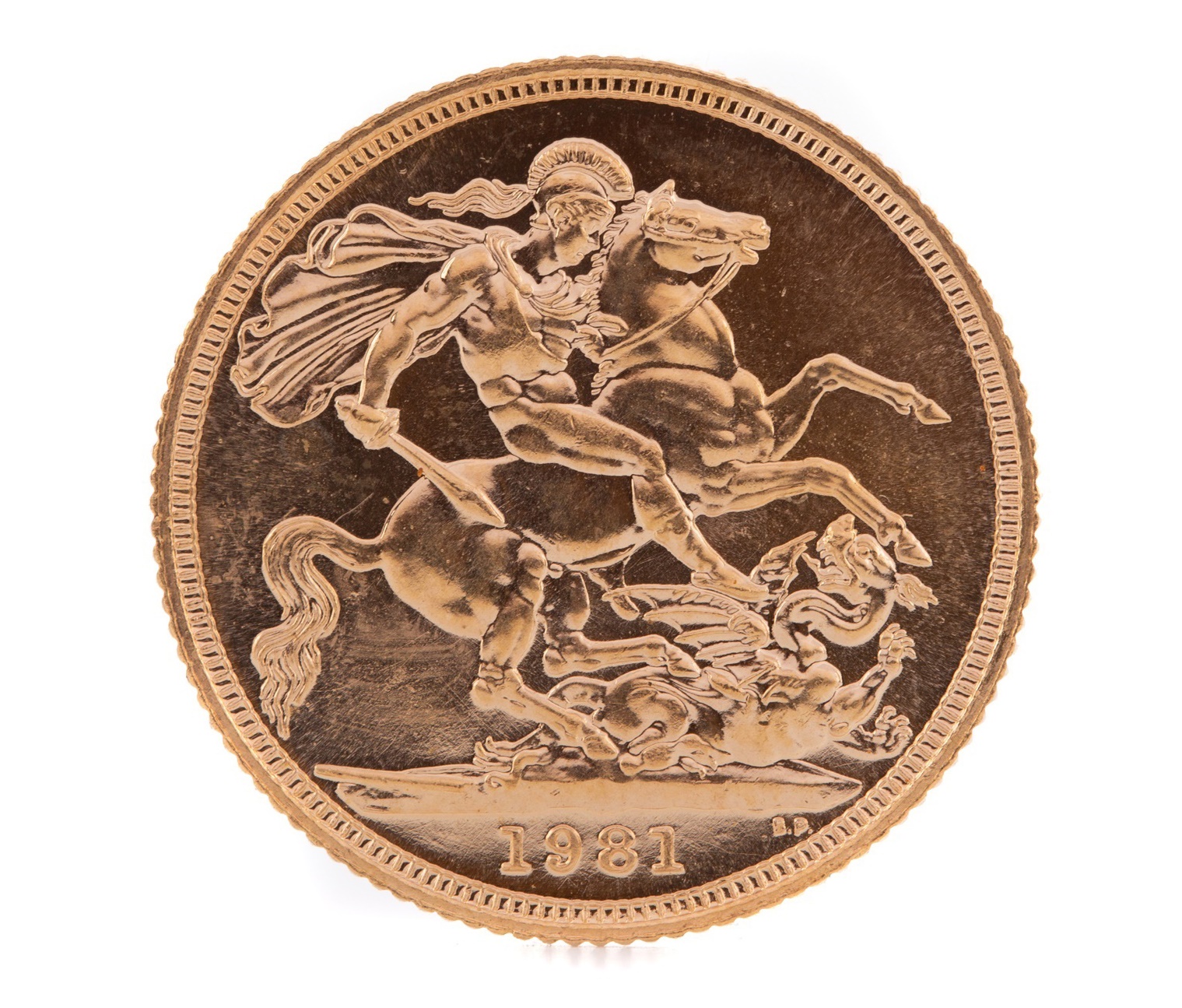 Each monarch has had their own sovereigns created under their reign and one attribute that separates Britain’s gold coinage from any other country is the fact that the Royal Mint had branches outside of their central London premises. Spread across the world, no other country since the fall of the Roman Empire has spread production over such a vast area. Many coins that you see may not have a mint mark indicating that they were minted either in London or Wales. Other mints include locations in Australia, Canada, India and South Africa. Tiny letters can be found on each coin identifying the location of their mintage. Each coin is made from twenty two carat gold meaning that they are soft and will be susceptible to scratches and nicks which can affect their value so it’s best to keep them stored in cases or wallets to maintain their condition.

Over 500 million coins have been minted at the Royal Mint in London and a similar number from the branch mints meaning that over a billion sovereigns have existed. Of that number, most of those coins have been melted down and it is believed that no more than one percent of the original number is still in existence today. Of this ten million, many of those coins will have been pierced, drilled, mounted and used for jewellery indicating that today, less than five million of the original coins are of a collectable grade so if you are lucky enough to own sovereigns, keep them in their original state and this will help to increase their appeal in the future.

The Coins and Banknotes Auction is to be held on the 13 January and includes forty coin lotscomprising sovereigns. With plenty of coins to choose from, it’s the perfect way to begin your coin collection.

Entries are currently invited for the next auction taking place on 24 February.  For a complimentary, no-obligation valuation, contact a specialist on 0141 810 2880 or auction@mctears.co.uk.