The 13 April Rare & Collectable Whisky Auction holds host to a number of high profile bottles, with two Black Bowmore’s amongst them, a first and second release. One of the other bottles which stands out from the crowd is a single cask bottling from the Glenfarclas distillery. 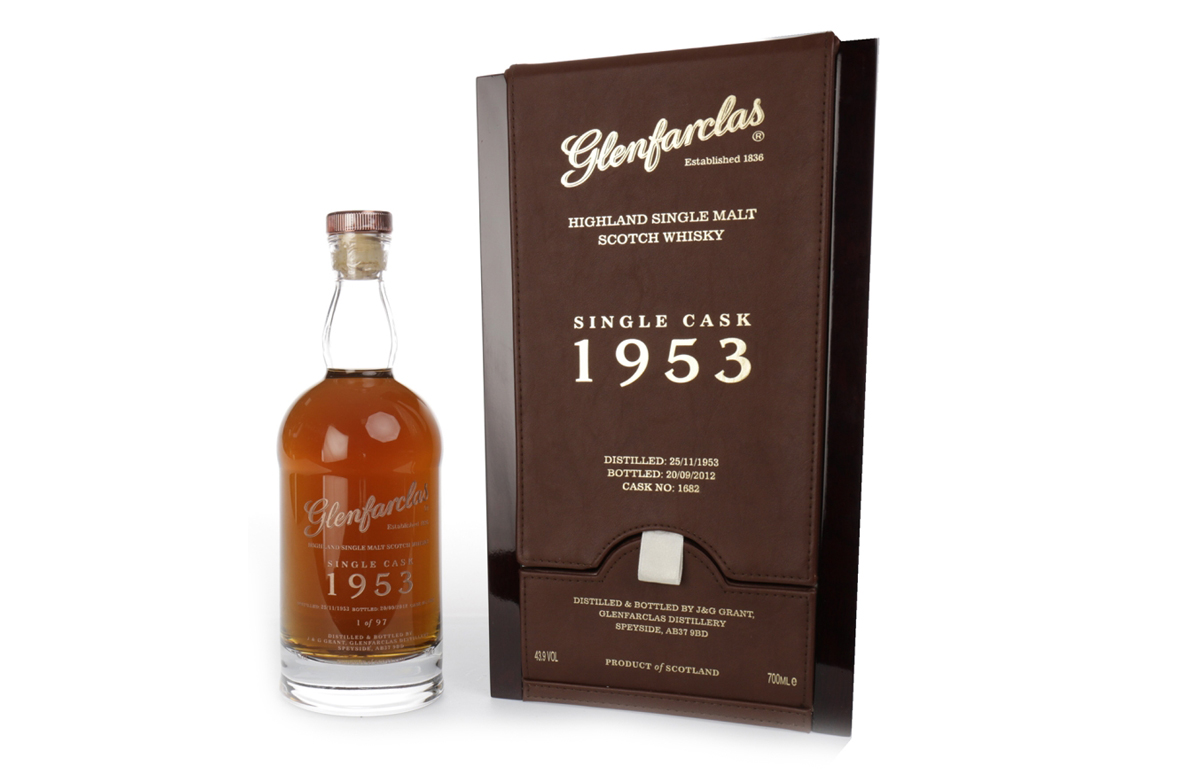 Distilled in November 1953, matured in cask number 1682 and bottled in September 2012, this 58-year-old whisky is presented in an attractive wooden and leather case. As it is one of only 97 bottles from the cask, this is a real rarity and is estimated to sell for £4000 to £6000.

Located in Ballindalloch, Banffshire, the distillery was established in 1836, and bought by John Grant in 1865 for £511.19s.0d. To this day is owned by the decedents of John Grant, making it the second oldest family-owned distillery in the country.

The production has also been kept very traditional, with direct fired stills believing that it adds extra weight and character to the spirit, and the core use of sherry casks to mature the whisky. This use of sherry casks, and the nature of the spirit has gained it the reputation as a marvellous whisky in its own right, whilst also having comparisons in style to Macallan.

The distillery also has a close bond with the Hine cognac house, which resulted in the incredible ‘Auld Alliance’ bottlings which contain Glenfarclas 1953 and Hine 1953 vintages. These beautiful spirits are each housed in a wooden obelisk, of which there were only 125 sets produced.