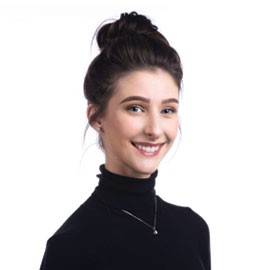 Amy was born and raised in the west end of Glasgow where she followed in her father’s footsteps attending Knightswood Secondary and later, Anniesland College where she trained to become an IT Technician. She then went on to pursue a career in IT whilst working for Partick Thistle FC. Amy has grown up with a true passion for diamonds and fine jewellery due to her mother’s love and interest for such items. Over time, this created a desire in Amy to swap a career involving computers for one involving diamonds. In the short space of time, she has worked for two nationwide jewellery firms, both in store and as part of a damaged stock department and she has gained multiple GIA qualifications.

Amy is delighted to work as part of the Jewellery, Watches & Coins Department and to be another friendly face in the McTear’s valuation team.