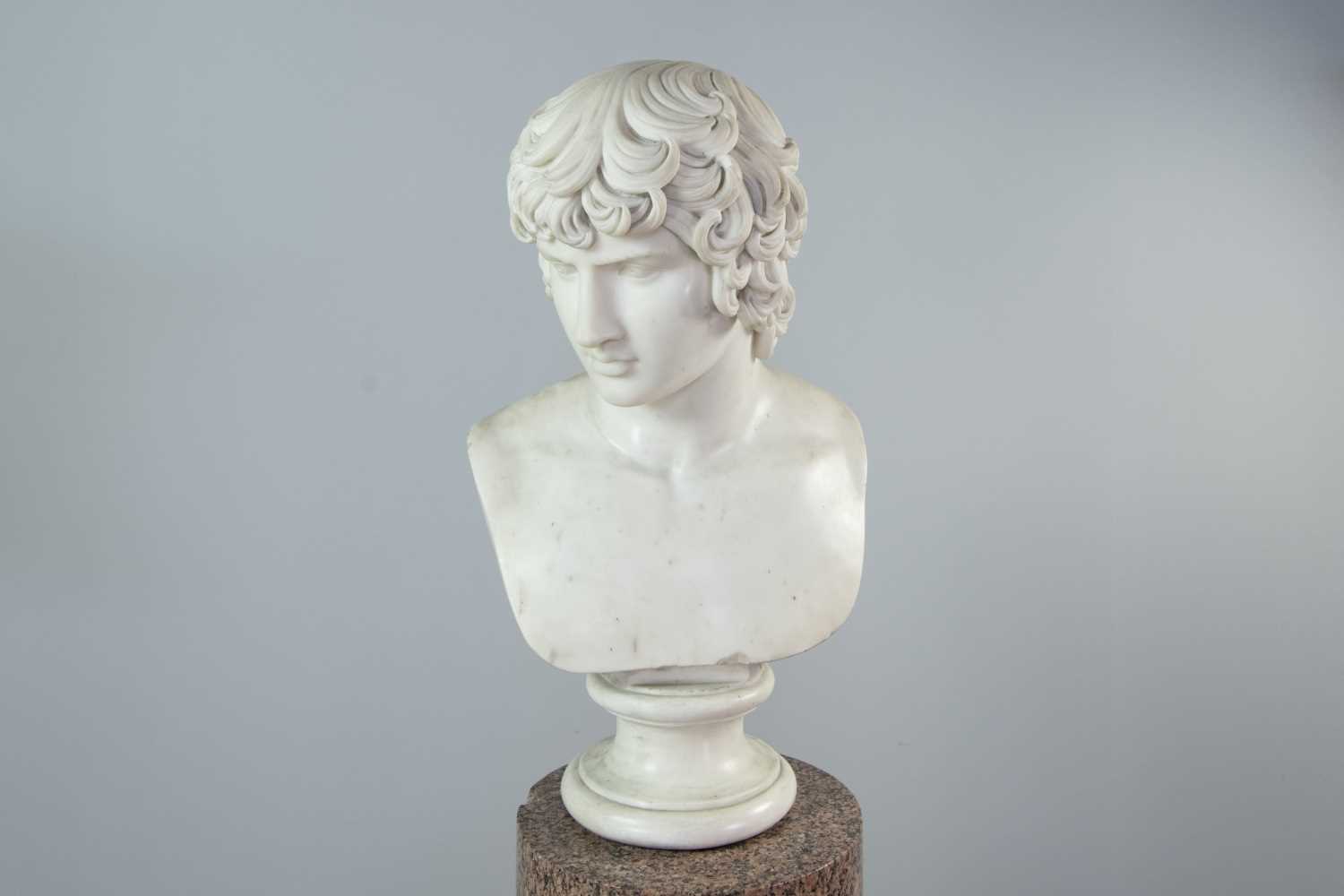 
Small chips to the outer upper edge - large chip to the base of this area. Chips to the top of the socle where the bust meets the base at the reverse.
The bust is approximately 67cm high excluding the column

19TH CENTURY CARRARA MARBLE BUST OF ANTINOUS,
with socle base and on a pink marble cylindrical column and square base, 186 cm high overall

Antinous was the male lover of the Roman Emperor Hadrian (AD76-138). In the Roman world, the concept of homosexuality was different to how it is understood today. Same-sex love found its precedent in Greek culture, in which relations between a younger and older man were seen as a valuable experience, and almost right of passage. In Rome there was no clear distinction between heterosexual and homosexual love, and the relationship between Hadrian and Antinous, the Grecian youth from the city of Bythinion-Claudiopolis in modern Turkey, must be viewed within this context.

Relatively little is known about Antinous' life, aside from the fact that Hadrian toured Asia Minor in AD 123 and may have been introduced to the young man during this time. Many theories have surrounded his death on the Nile, including forced suicide by jealous courtiers and ritual sacrifice, though Hadrian maintained it was an accident. Whatever the explanation behind his death, at 19 Antinous was becoming a man, and therefore his relationship with the Emperor was untenable. The effect of Antinous' death was profound. Hadrian established a city in Egypt Antinoopolis in his honour and even encouraged his veneration as a deity.
Provenance: The William Mowat-Thomson Collection