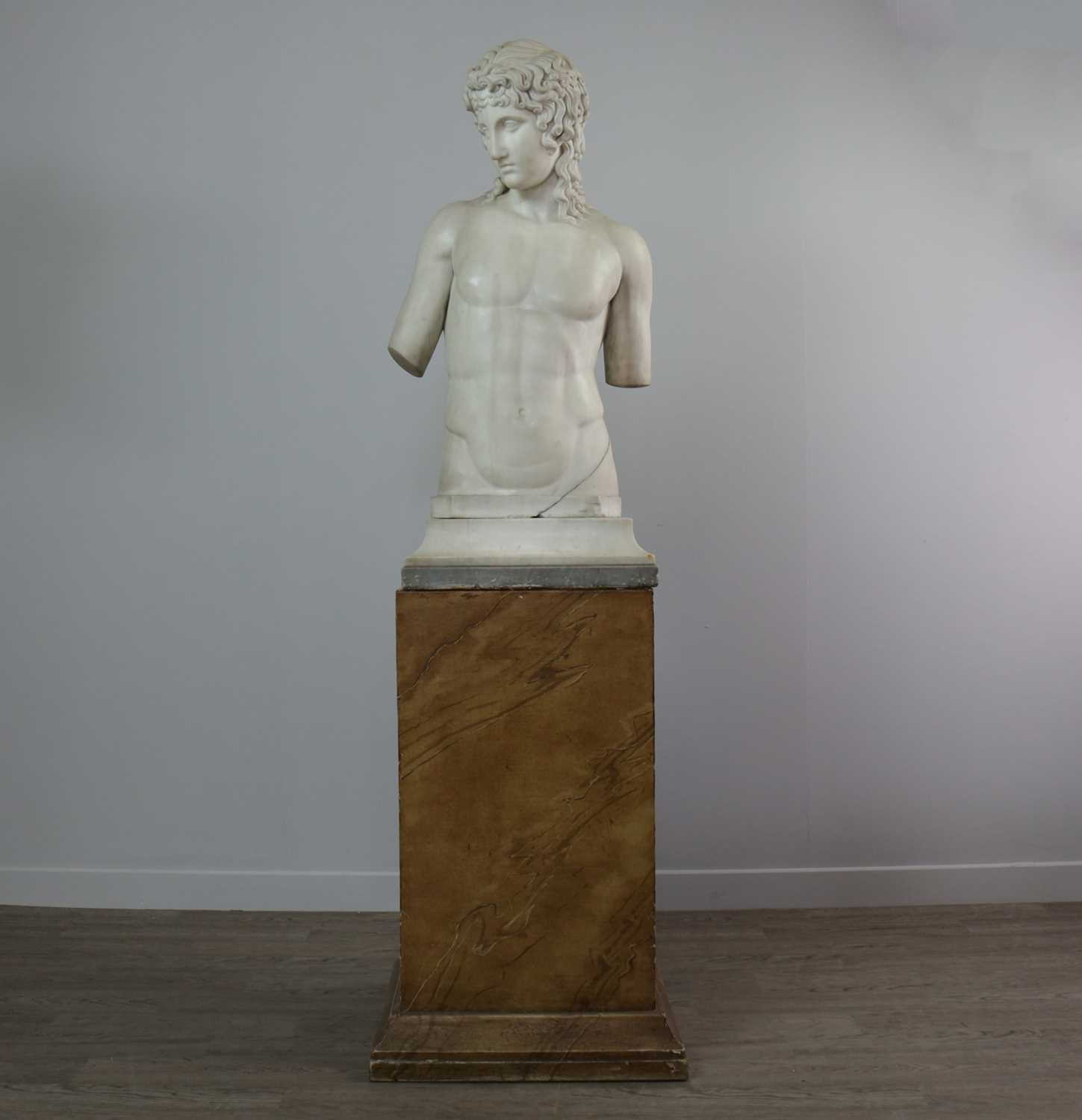 
There is a large crack rising from an area of damage to the base rear left (when viewed face on), rising and running across the buttocks and left side of torso terminating at the base of the torso front (see images for this and other aspects of this statue). The height of 173cm is the overall high including the plinth. The torso is 89cm high.

Apollo is one of the Olympian deities in both Greek and Roman mythology. He is most notably connected to being the god of archery, music and dance, truth and prophecy, the Sun and light, poetry, healing, and more. He is the son of Zeus and Leto, the twin brother to Artemis, the goddess of the hunt, and is considered to be one of the most important and recognisable deities, and a symbol for the Greek nation. He and his sister Artemis are even considered to be the inventors of archery.

He is the patron deity of Delphi and is connected to the oracle at Delphi, and the prophecies foretold there. Apollo is often at the centre of a majority of Greek and Roman mythology. Apollo has been a popular subject in art, from Archaic Greece through to the contemporary period. In Classical Greece, he was often considered the epitome of the male form and was depicted as a youthful and beardless version of himself, such as in this portrait.
Provenance: The William Mowat-Thomson Collection