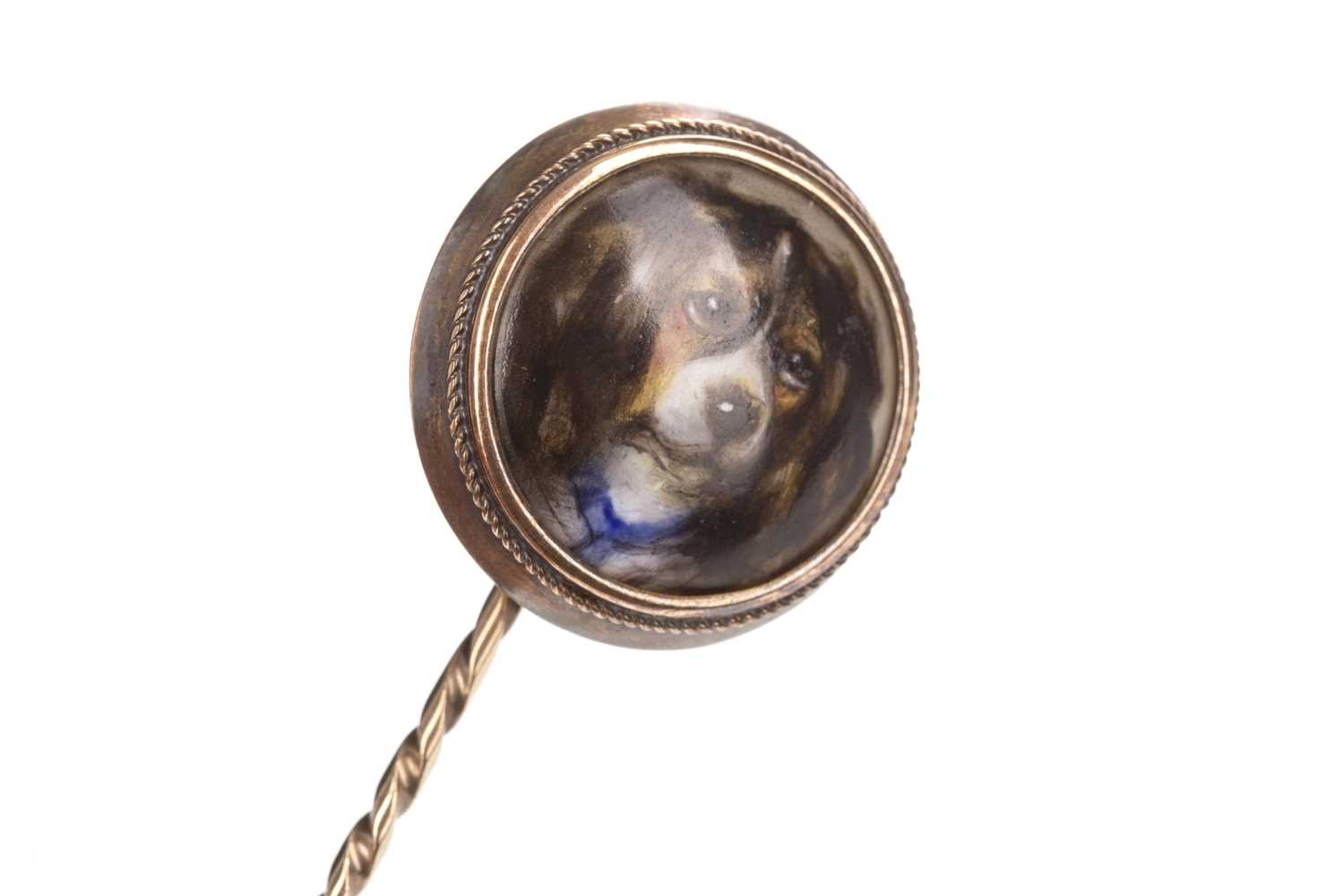 Condition report
In generally worn condition.
Some very slight losses to the enamel on the nose, above the eye and on the ear.
Some chips to the reverse visible through gap.
Some discolouration to the mount.
Pin in good condition.

RARE: KING CHARLES CAVALIER TRICOLOUR SPANIEL PORTRAIT PIN BY WILLIAM ESSEX,
set with a circular portrait of a King Charles spaniel after Queen Victoria's painting 'Dash' by Edwin Landseer, 9mm diameter and signed W. Essex to the reverse, mounted to a pin 63mm long, William Essex (1784-1869) was a painter of enamel miniatures and was appointed as enamel painter to royalty. There are a number of examples of his work in the Royal Collection.