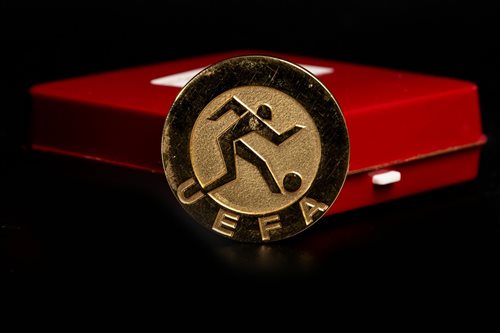 Condition report
- No further provenance information is known regarding who this medal was presented to.

Note: The 1983 UEFA Super Cup was a two-legged match contested between European Cup champions Hamburger SV, and the European Cup Winners' Cup champions Aberdeen.The first leg ended in a 0–0 tie in Hamburg. With the second leg, held at Pittodrie Stadium, Aberdeen achieved a 2-0 victory to win their second ever European trophy.