STEAM AND SAIL AT A SCOTTISH QUAYSIDE, AN OIL BY JOE MILNE 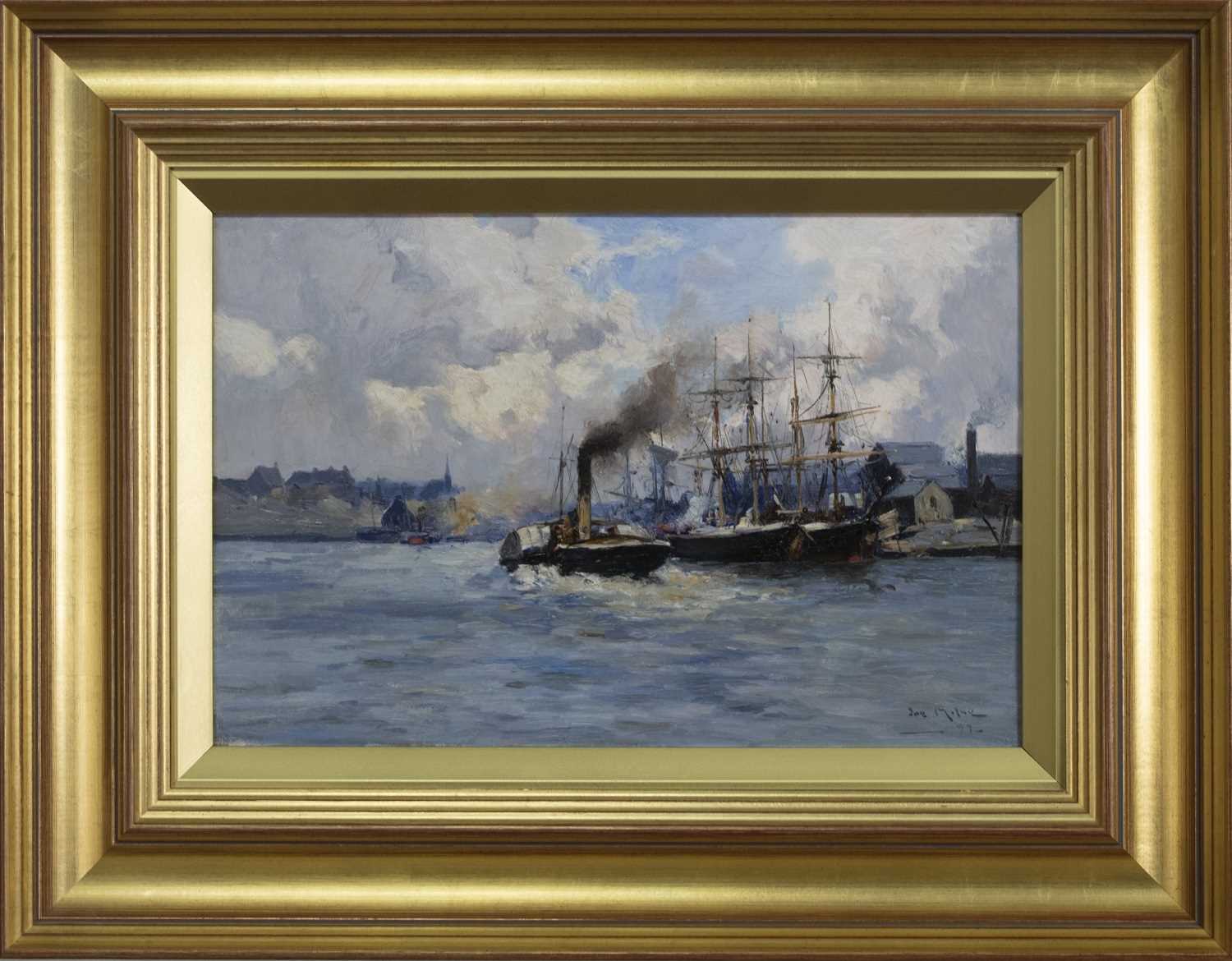 STEAM AND SAIL AT A SCOTTISH QUAYSIDE, AN OIL BY JOE MILNE

JOSEPH (JOE) MILNE (SCOTTISH 1861 - 1911),
STEAM AND SAIL AT A SCOTTISH QUAYSIDE
oil on canvas, signed and dated '97
image size 30.5cm x 46cm, overall size 52cm x 67cm
Framed and under glass.
Label verso: Charles McLean Marr, Edinburgh.
Note 1: Dated (18)97, this is obviously a late career work by Milne. The brushwork is much looser and the palette much brighter than his earlier paintings. Joseph (Joe) Milne was born in Edinburgh in 1857, the elder brother of the painter William Watt Milne (1869-1949) and the father of John Maclauchlan Milne (1886-1957). He painted mainly in oils, but occasionally in watercolours, producing land and seascapes which were notable for their bold tones. Although he lived much of his life in Edinburgh, he worked for a time in Dundee and also in Ayrshire. He exhibited extensively at the Royal Scottish Academy, from 1877 until 1902 (a total of 81 works) and at the Glasgow Institute (now the RGI) from 1880-1902 (45 works); he also had 7 works shown at the Royal Academy (London) between 1887 and 1908. Favourite subjects were the coasts of Scotland and working rivers, particularly “The Silvery Tay”. Joseph Milne died in Edinburgh in 1911, at the age of 53. There are 23 works by Joseph Milne in UK public collections.