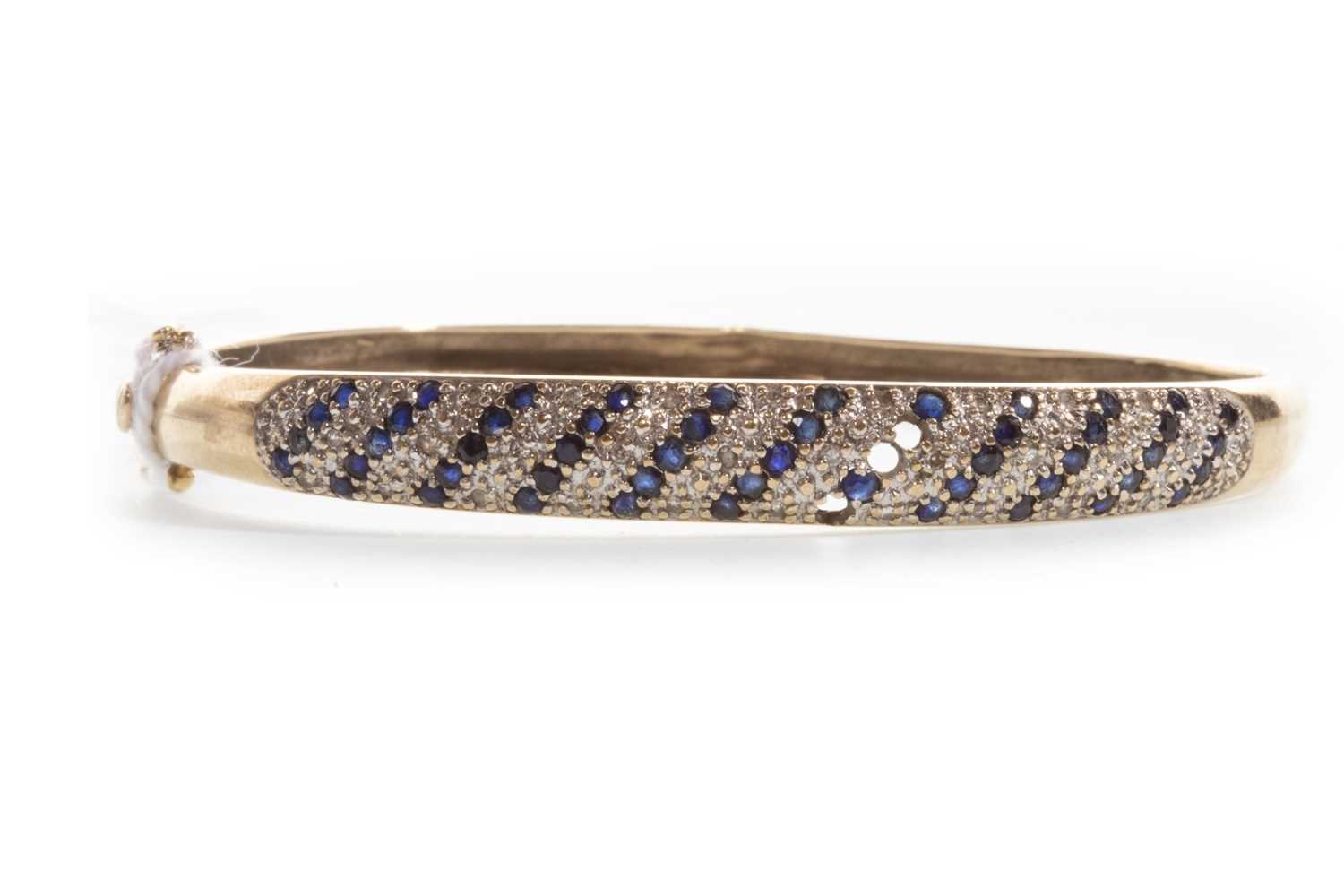 A BLUE GEM AND DIAMOND BANGLE

BLUE GEM AND DIAMOND BANGLE,
of oval form, with a diamond and blue gem set panel to the centre, 61mm wide, marked 375, 10g