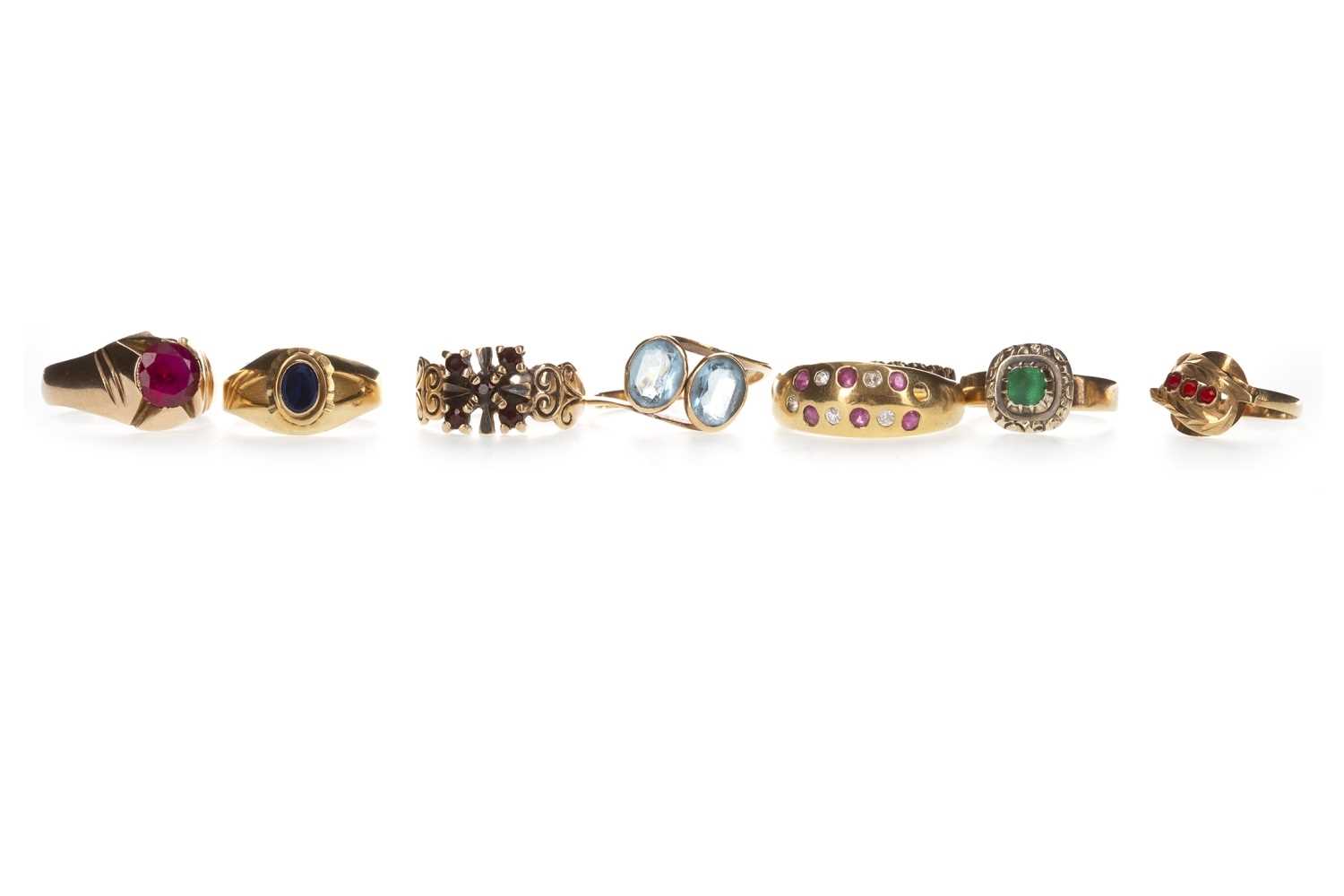 A COLLECTION OF GEM SET RINGS