SUNSET, THE CLYDE, AN OIL BY JAMES KAY 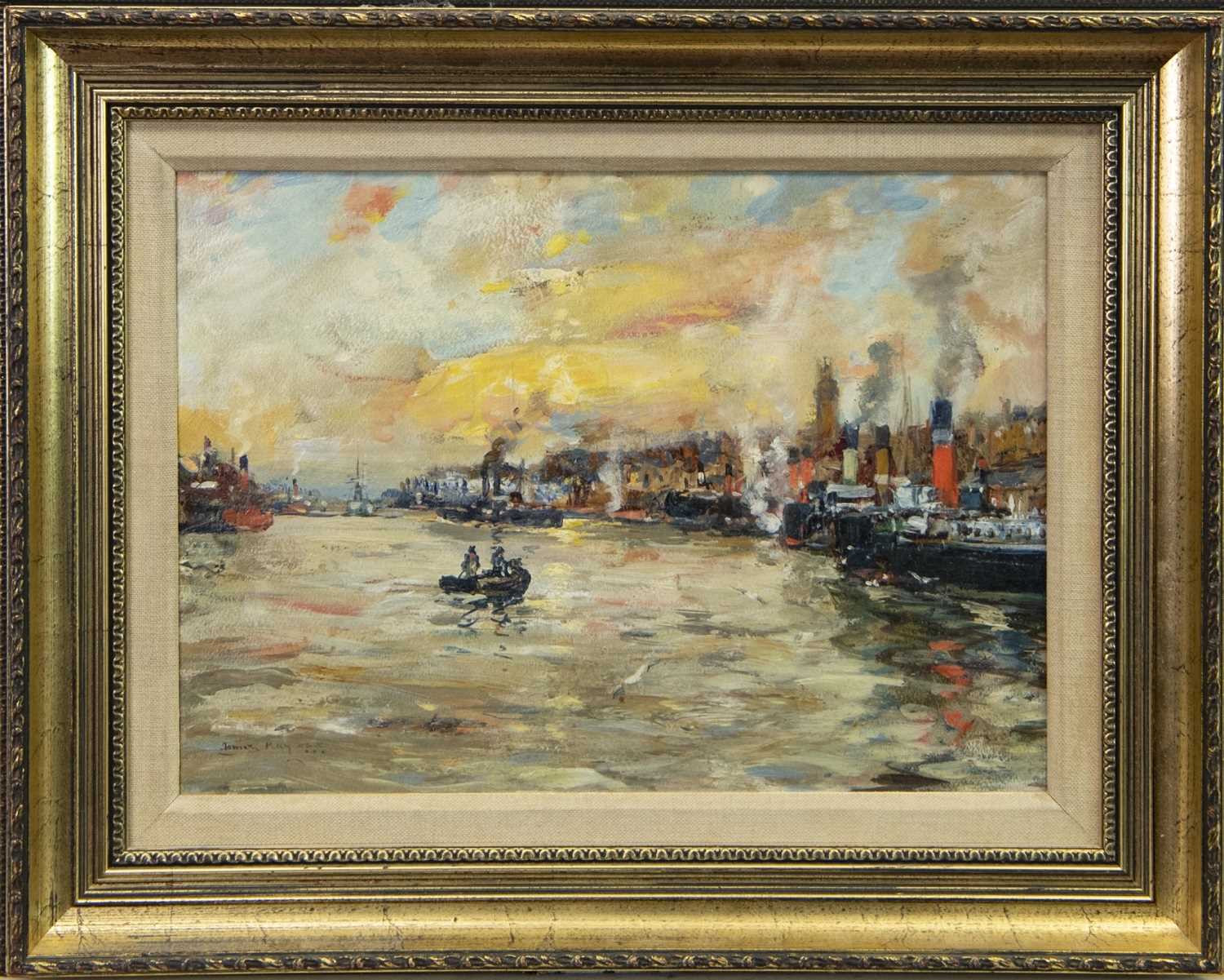 SUNSET, THE CLYDE, AN OIL BY JAMES KAY

JAMES KAY RSA RSW (SCOTTISH 1858 - 1942),
SUNSET, THE CLYDE
oil on panel, signed
26cm x 36cm
Framed.
Label verso: A F Armstrong, Fine Art Consultant, 147 Bath Street, Glasgow.
Provenance: Acquired by the current vendor May 18th 1972. Private Scottish collection.
Note: James Kay (22 October 1858 - 26 September 1942) was a Scottish painter who achieved significant critical acclaim and commercial success in Scotland and in Europe. Born on the Isle of Arran Kay spent much of his working life with a studio in Glasgow and living at Portincaple on Loch Long in Argyll. He was elected to the Royal Scottish Society of Painters in Watercolour (RSW) in 1906 and to the Royal Scottish Academy (RSA) in 1938. Primarily a landscape artist, Kay is best known for his portrayals of "the glory of the busy shipping reaches of the Clyde". He showed great originality, influenced by the emergence of impressionism in the 1880s. Kay achieved regular recognition at exhibitions in Europe. He exhibited at the Salon in Paris in 1894, and at the 1895 La Libre Esthetique in Brussells was awarded an honourable mention. In 1903 his painting Toil and Grime was awarded the silver medal at the Societe des Amis des Arts in Rouen, while another work, River of the North, won the gold medal at the Paris Salon. In 1907 his painting Launch of the Lusitania was purchased by the Corporation of Glasgow for the city's art collection.