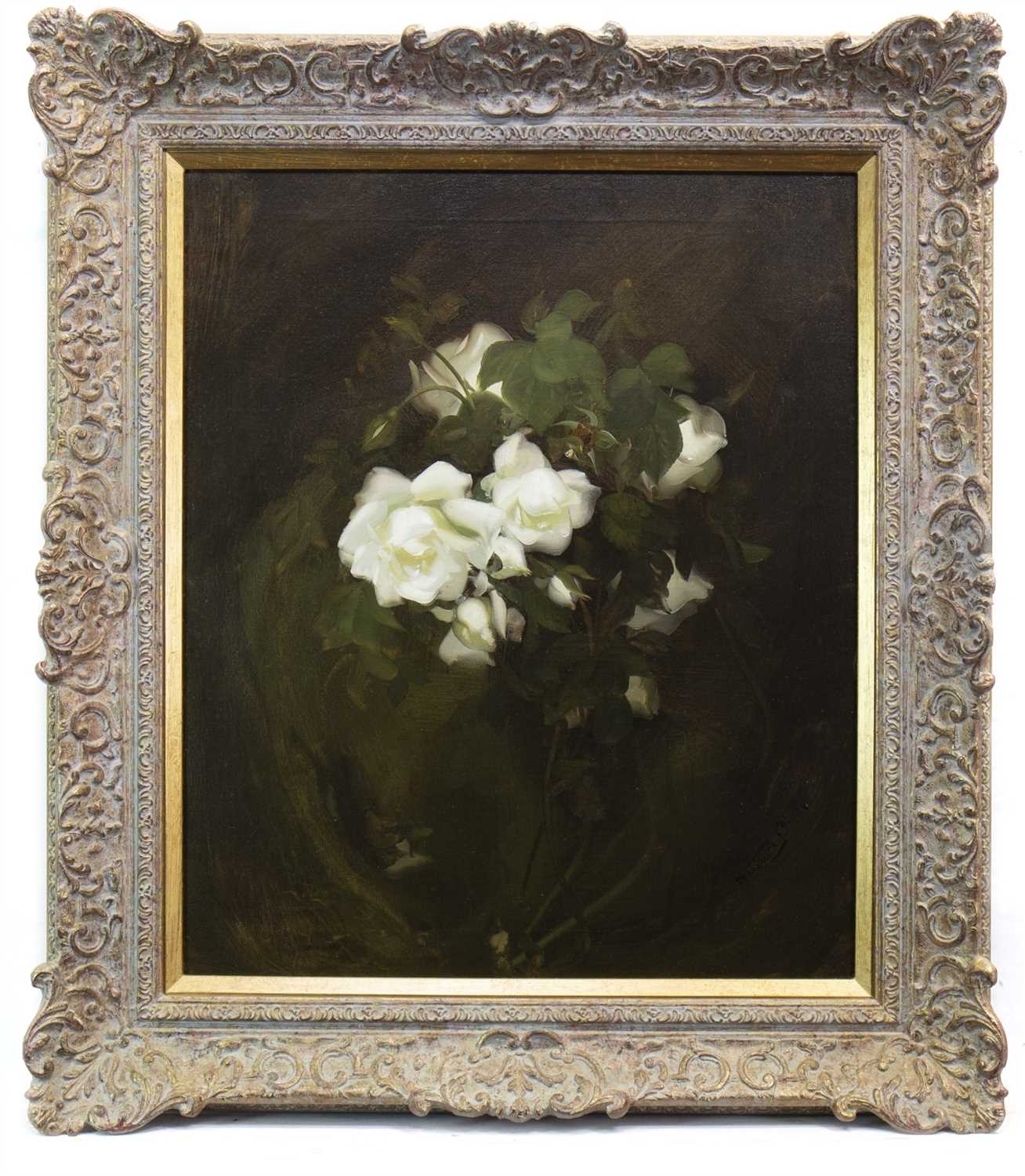 JAMES STUART PARK (SCOTTISH 1862 - 1933),
WHITE ROSES
oil on canvas, signed
61cm x 51cm
Framed.
Note: Stuart Park was born at Kidderminster, Worcestershire, but his parents were from Ayrshire and he was brought up there. Although he studied at Glasgow School of Art and in Paris under Lefebvre, Boulanger and Cormon, he began by painting in his spare time, only taking up art professionally in Glasgow in 1888. He was associated with the Glasgow Boys, sharing a studio with David Gould and James Kay. He specialised in painting carefully arranged bouquets of roses, lilies, orchids and azaleas and developed a highly individual technique, using thick and rapid strokes against a dark background, suggesting, rather than defining, the texture and colour of flowers. His work became very fashionable, particularly in the West of Scotland and he was soon able to charge high prices for his paintings. His commercial success continued throughout his career but many of his later paintings lacked the delicacy which defined his early work. Although "White Roses", offered here, is undated, it is clearly an early career work. Scottish public collections hold twenty-nine examples of Stuart Park's work. Provenance: Private collection Edinburgh.