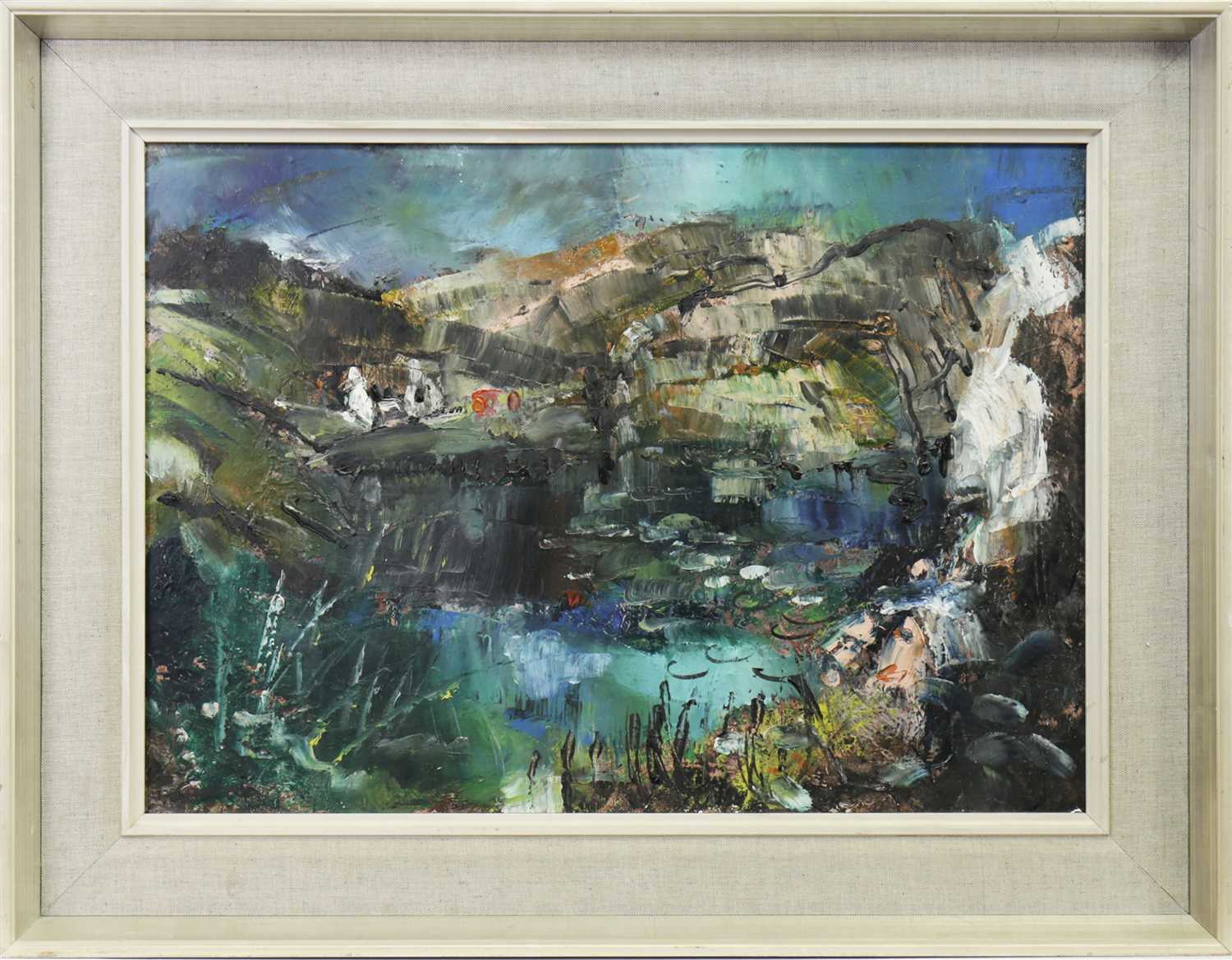 HIGHLANDS LANDSCAPE WITH LOCH AND COTTAGE, AN OIL BY HAMISH LAWRIE

* HAMISH LAWRIE (SCOTTISH 1919 - 1987),
HIGHLANDS LANDSCAPE WITH LOCH AND COTTAGE
oil on canvas, signed
40cm x 56cm
Framed.
Note: Born in Dunfermline and trained at Aberdeen (Gray's School of Art). Went to London in 1941 and worked as a cameraman in the film industry. His first sale of a painting was to Dylan Thomas (for £5). His first major exhibition was in 1947 at Wolf Mankowitz's Little Gallery. He worked in Africa 1949-51 and returned to Scotland where his old friend JD Fergusson (1874 - 1961) persuaded him that he should go to France for inspiration and to develop his work. He lived there for nine years at Saint-Paul-de-Vence which had long been a haven of the famous, mostly due to La Colombe d'Or Hotel which had been a magnet since the early 20's for artists and celebrities. After returning to Scotland, his favourite subjects were the Western Highlands and the Outer Hebrides which he painted with great gusto, brilliant colours and a heavy impasto. A regular exhibitor in Edinburgh, he was a popular figure in the Scottish Arts Club.