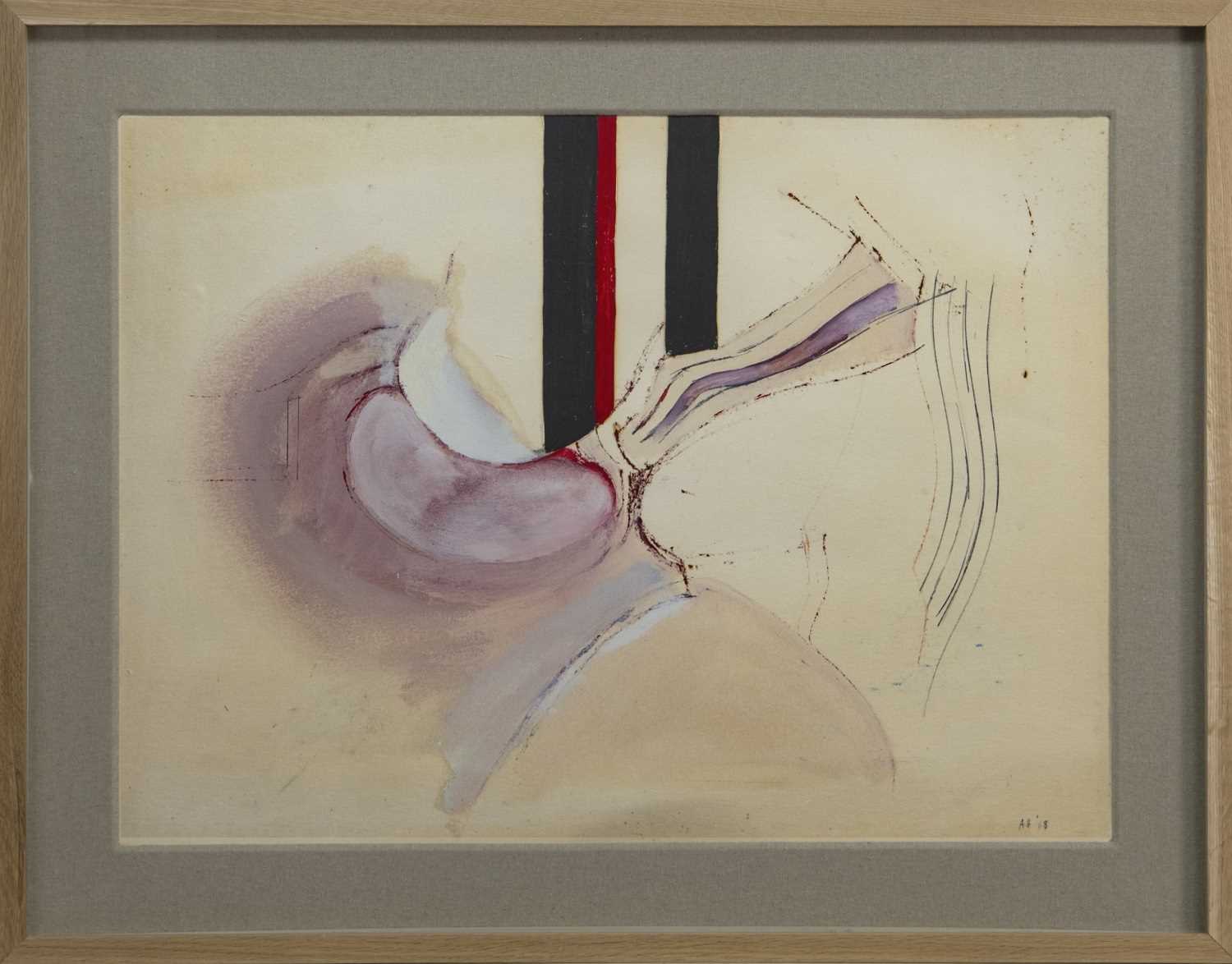 * ADRIAN HEATH (BRITISH 1920 - 1992),,
UNTITLED
mixed media on paper, initialled and dated '68
image size 55cm x 75cm, overall size 73cm x 93cm
Mounted, framed and under glass.
Provenance: Purchased Victoria Clarke Art.
Note: Heath was born in Burma and attended Bryanston School in Dorset, southern England. In 1938, he studied art under Stanhope Forbes at Newlyn. In 1939 and 1945–47, he attended the Slade School of Art. He served in the RAF as a tail gunner in Lancaster bombers in World War II, but spent almost the entire war as a prisoner of war at Stalag 383. During this period he became friends with and taught fellow POW Terry Frost to paint. In 1949 and 1951, he visited St Ives, Cornwall, where he met Ben Nicholson. In the early 1950s, he was also associated with Victor Pasmore and Anthony Hill. As such he became the main link between the emerging St Ives School and British Constructivism. He was also influenced by D'Arcy Thompson. In 1953 Heath published 'Abstract Painting: its Origins and Meaning' a slim but perceptive volume appraising the development of abstraction by the early moderns. He exhibited at the Musée Carcassone in 1948, and at the Redfern Gallery, London from 1953, together with other galleries in London. His work is in the collections of the Tate Gallery, the Hirshhorn Museum, Washington DC and a total of 34 of his paintings are held in UK public collections.