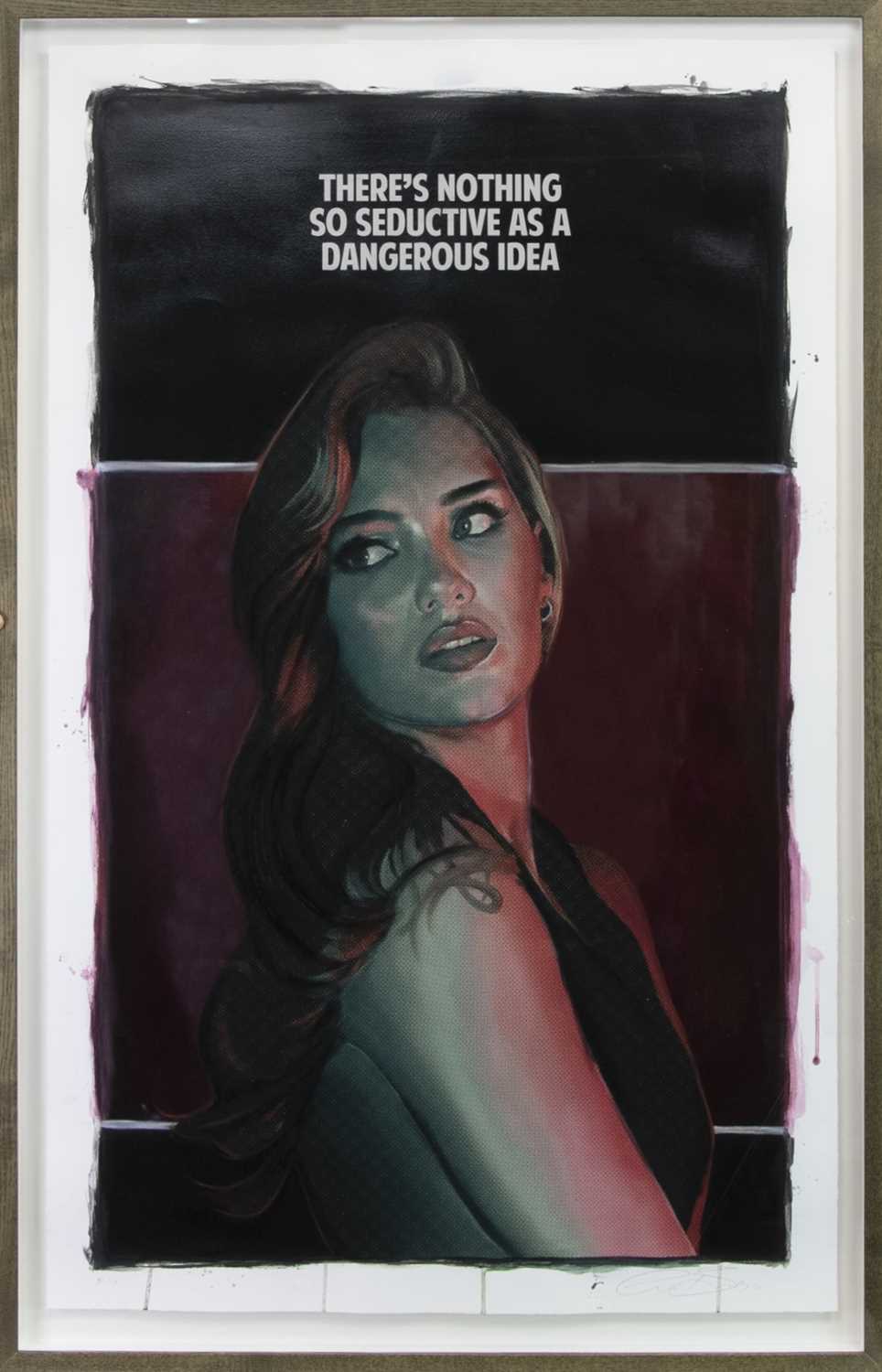 THERE'S NOTHING SO SEDUCTIVE AS A DANGEROUS IDEA, A PRINT BY THE CONNOR BROTHERS

THE CONNOR BROTHERS (BRITISH CONTEMPORARY),
THERE'S NOTHING SO SEDUCTIVE AS A DANGEROUS IDEA
artist proof, hand coloured multiple, signed and dated '20
120cm x 75cm
Unframed
Note: The Connor Brothers is the pseudonym for British artists James Golding and Mike Snelle. The duo came to prominence in 2012 and for several years maintained their anonymity by using a fictional biography. Their identities were revealed in 2014 in a major feature by Mick Brown in The Telegraph. The Connor Brothers have exhibited internationally in cities including New York, Los Angeles, Sydney, Hong Kong, Dubai, Berlin and London. Their work frequently appears at major auction houses where a record price was achieved in 2016. Works can also be found in major public and private collections including The Victoria and Albert Museum, The Penguin Collection The Omer Koc Collection, the Vanhaerents Collection, and The Niarchos Collections.

Generously donated by The Connor Brothers. The proceeds of sale from this lot will benefit The Glasgow Children's Hospital Appeal.