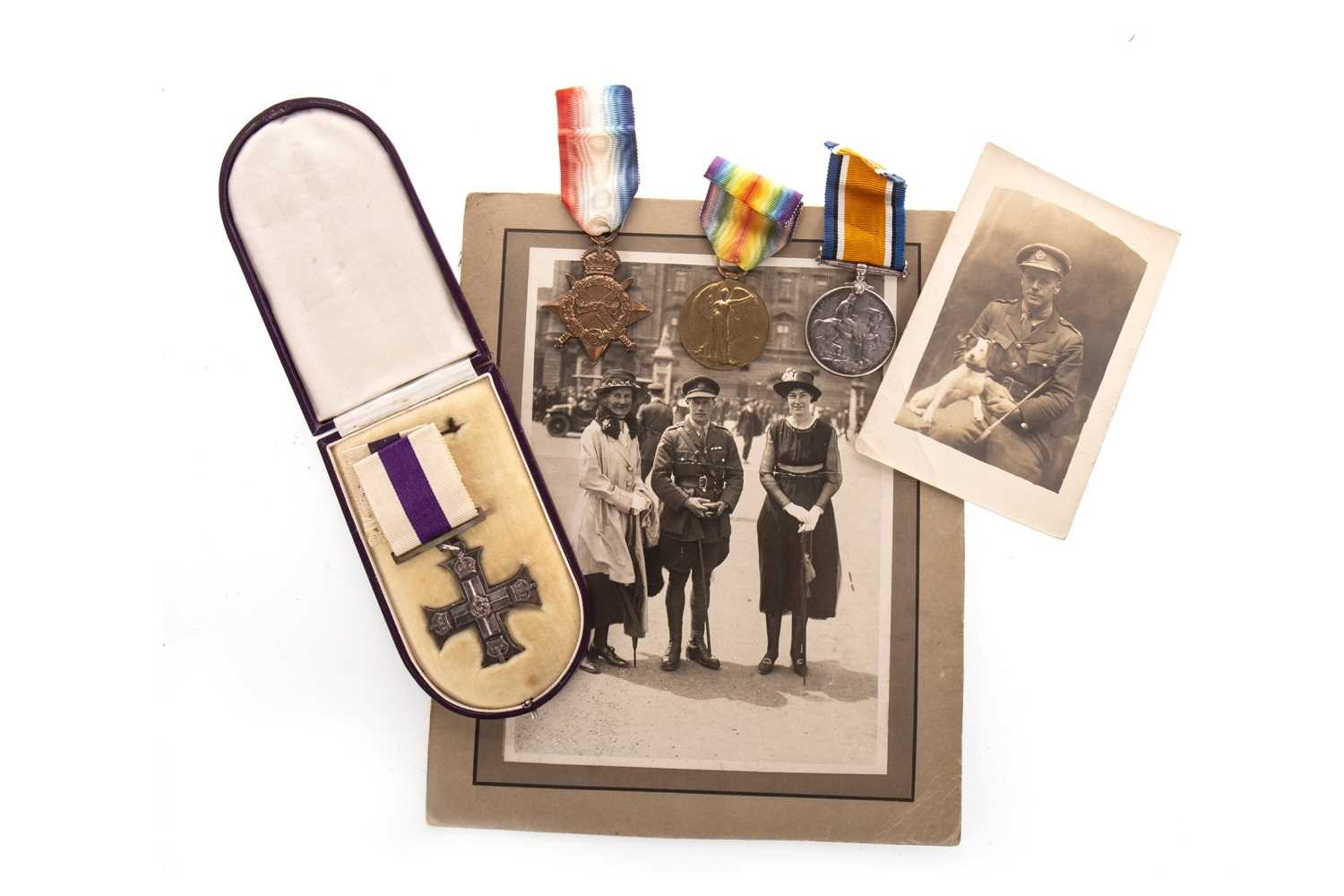 Condition report
- Signs of wear consistent with age to most pieces within archive,  scratches to medals and marks/tears visible to documents and photographs. Marks and discolouration to upholstery to interior of boxes.
- Viewing in person is encouraged to view lot in close detail
- Additional photographs added showing naming to medals

Note: G. C. Killey was born in 1894 in Argyll, Scotland. He married in Gloucestershire, England. His spouses name was Babette Eileen Shorter. He died in 1959.
Regarding Killey's award of the Military Cross, an extract from the Edinburgh Gazette Nov. 11th 1919 (page 4135) states 'For conspicuous gallantry and skill in silencing machine guns and demolishing strong points with his tank. On several occasions he personally reconnoitered the ground before taking his Tank forward, and undoubtedly saved the lives of many infantrymen, besides inflicting severe casualties on the enemy'.

Killey was the brother-in-law of William John Shorter (see Lot 851).