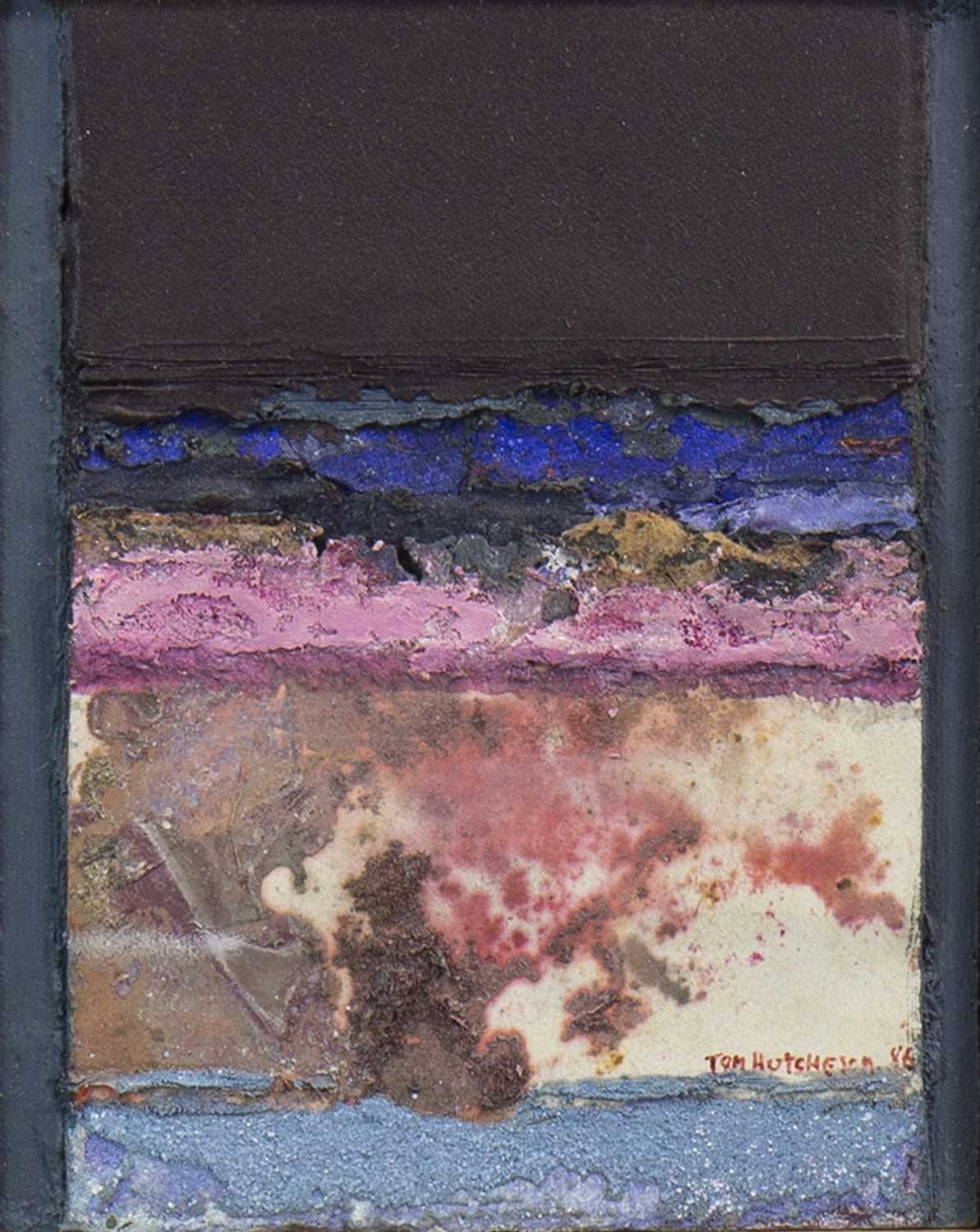 * TOM HUTCHESON RGI (SCOTTISH 1922 - 1999),
MOTTLED RED LANDSCAPE
mixed media, signed and dated '86
17cm x 14cm
Framed and under glass.
Note: Tom Hutcheson enrolled at Glasgow School of Art for session 1941-42, and then volunteered for the RAF. He returned after the war to continue his studies from 1946-49, and graduated in drawing and painting. Among his tutors were Hugh Adam Crawford, David Donaldson, and Geoff Squire. Douglas Percy Bliss was then director. Tom taught very successfully in Glasgow junior and secondary schools pioneering, along with Danny Ferguson and others, the new art teachers' philosophy, which fostered creativity and imagination. In 1977, he was appointed principal of art education at Jordanhill College, thus carrying on the work of Sam Black. From the outset, he was a dedicated painter, exhibiting publicly from 1949 onwards. His subject matter was invariably drawn from the landscape of the West of Scotland, with occasional forays to Skye or Spain. His love of the mining areas of Ayrshire and Lanarkshire furnished him with a steady stream of subjects which, as he matured as a painter, became more concerned with colour and texture, and less with topographical detail. His work is in many public and private collections at home and abroad, including those of HM The Queen, several arts councils and the art galleries of Kelvingrove, Detroit, and Puerto Rico. He was a regular exhibitor at the Royal Glasgow Institute, Royal Scottish Academy and Society of Scottish Artists, and was a longtime member of the Glasgow Art Club.