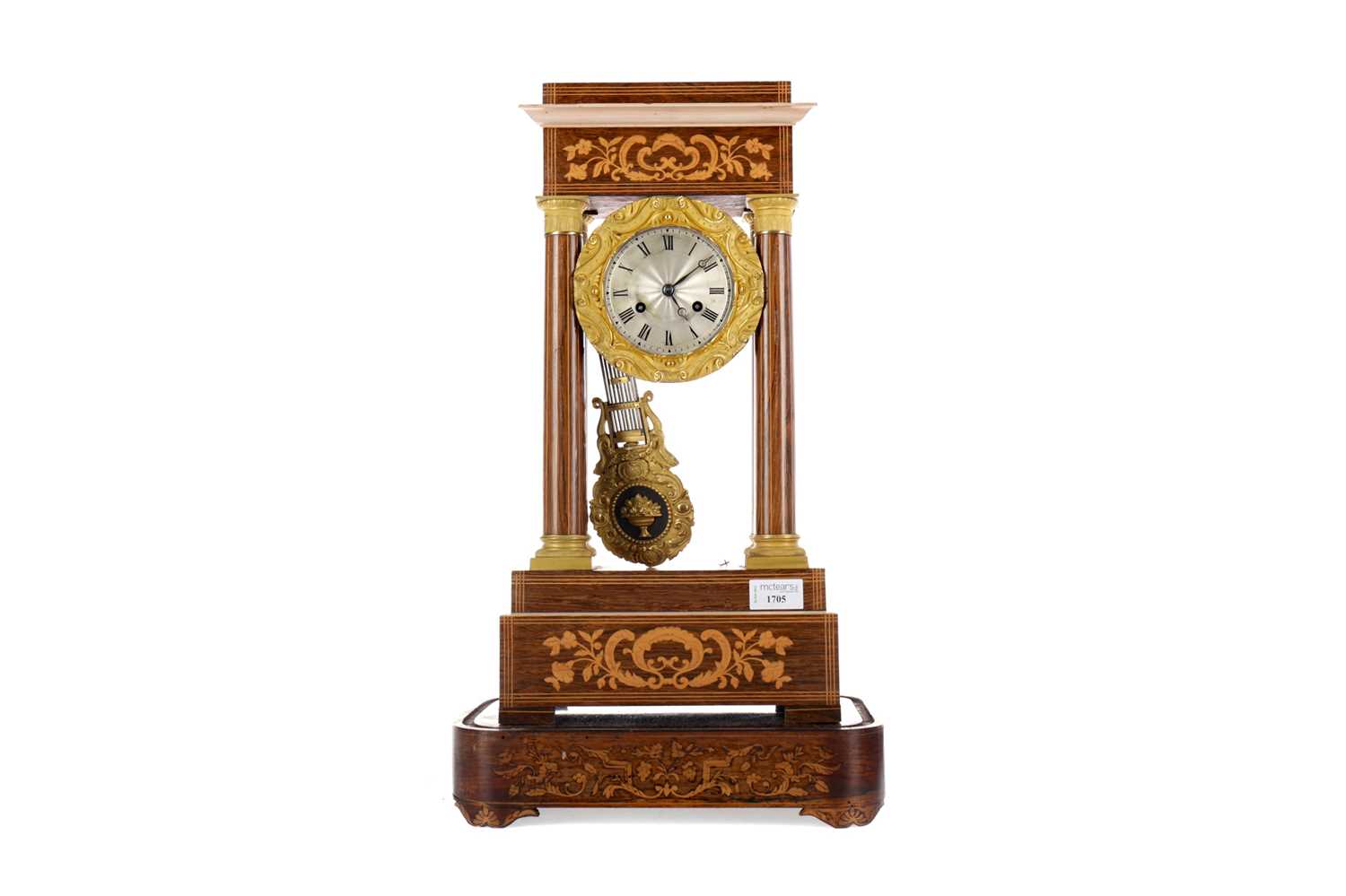 Condition report
Clock with general surface wear throughout, particularly around bases of columns. Face shows signs of tarnish. Back left foot has come loose though is present for restoration.
Damage to suspension strip for pendulum and as a result can't hang this, also cannot test though generally speaking mechanism looks sound.
Plinth with general surface wear, dome with restoration to back left hand side, also chip to front left hand corner.
Additional images have been uploaded to McTear's.