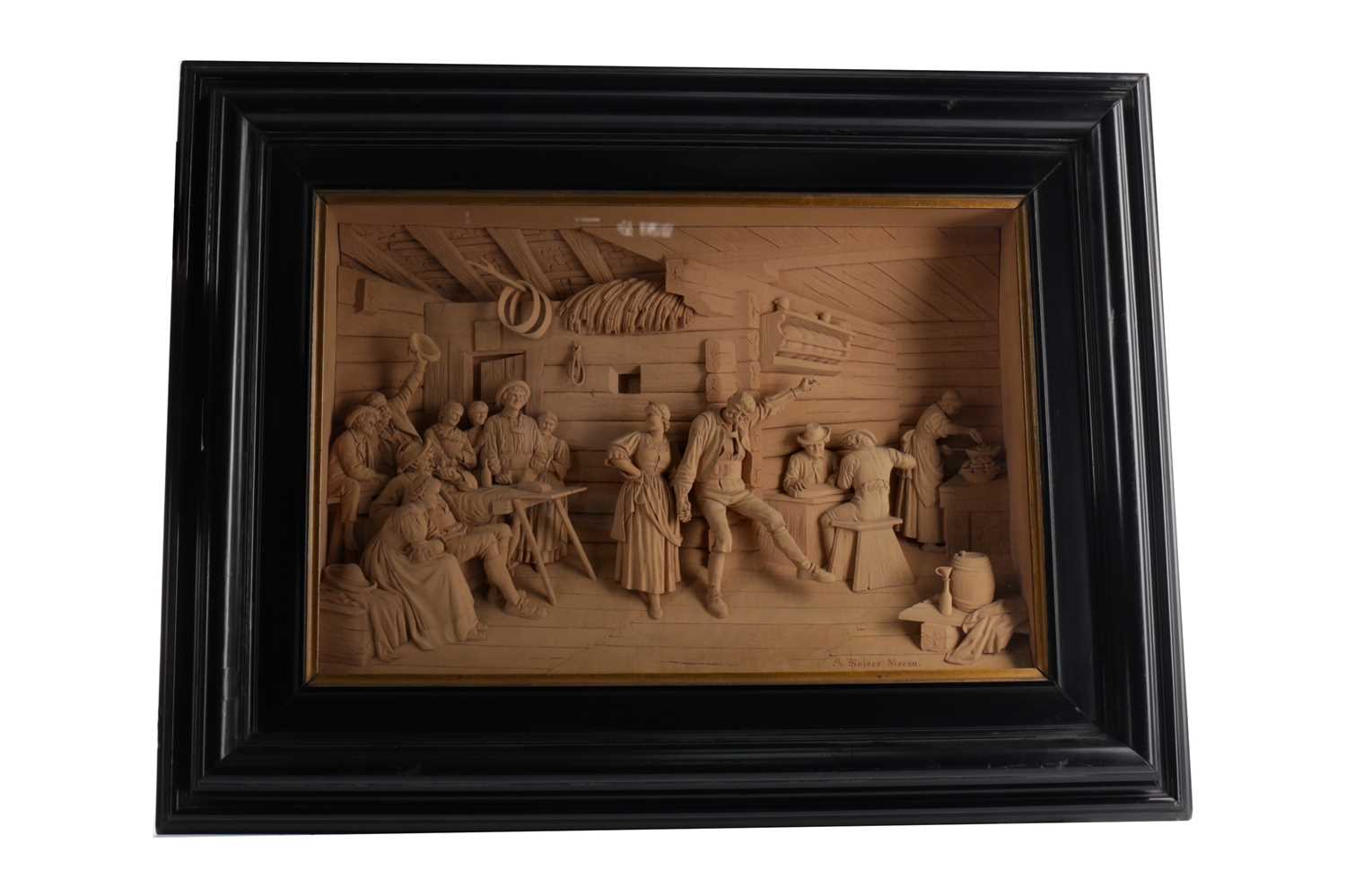 Condition report
Additional photographs added. The image appears free of damage. The frame has a number of relatively minor scratches, nicks and cracks.

SEBASTIAN STEINER (1836-1896),
a Tyrolean wood relief carved figural scene, depicting figures in a tavern with two dancing figures to the centre and a cheering crowd to the left, inscribed S Steiner Meran, behind glass and in an ebonised frame, image size 36cm x 54cm, the frame 60cm x 78cm

Note: Steiner was the son of a shoemaker and learned in his youth first shoemaking but also artistic inspiration from the painter Sterzinger and carver Johann Feistenauer. He moved to Innsbruck where he worked as a shoemaker. His talent for carving was discovered by Franz Unterberger, the owner of the Unterberger art dealer. Supported by funds from the princely Auersperg family, Steiner was able to continue his education in Innsbruck and Munich. In 1885 Steiner moved to Meran. His artistic role model was, among others, Alexander Colin. He created numerous folk scenes in reliefs after Defregger's pictures and made portrait heads carved in high relief from photographs. He participated in numerous exhibitions, including at the world exhibitions in London, Paris and Vienna as well as the Centennial Exhibition in Philadelphia in 1876, and won numerous prizes. In 1874 he was appointed court sculptor.