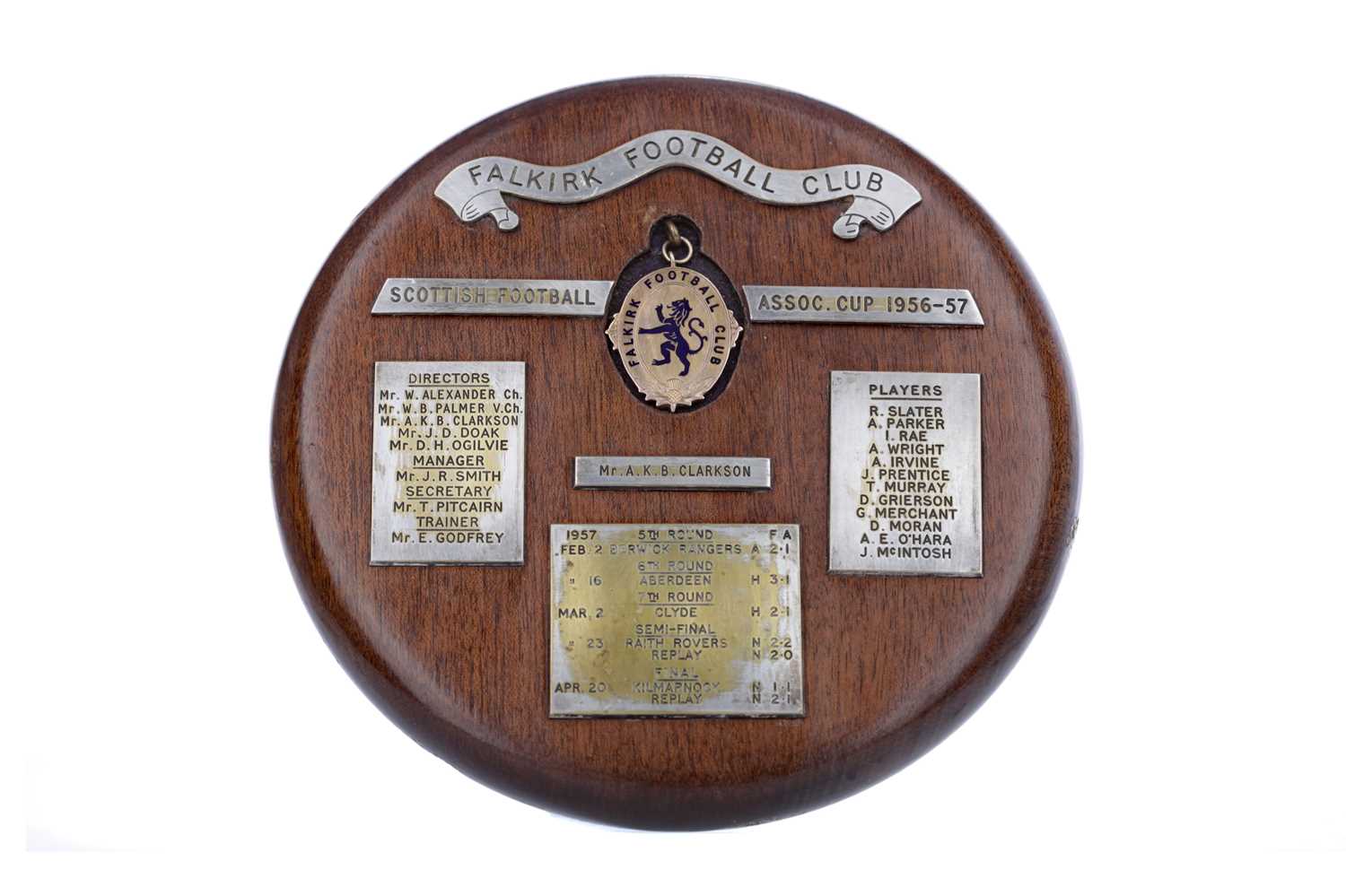 Note: This rare medal comes from the second, and most recent time Falkirk lifted the Scottish Cup.

During the campaign, The Bairns saw off Berwick Rangers, Aberdeen and Clyde, before facing stiff competition in the form of Raith Rovers in the semi-final. This match ended in a 2-2 draw, and it took a replay before Falkirk progressed to the final to then face a strong Kilmarnock side (who had recently beat Celtic in their concurrent semi-final).

The final was scheduled for the 20th April 1957, and was played infront of a crowd of over 80,000 fans at Hampden Park. Whilst Falkirk went 1-0 ahead after converting a spot kick, Kilmarnock drew equal and the game ended gridlocked, thus resulting in a replay four days later.

The replay was again a fiercely fought affair, and it took an extra time goal at 101 minutes on the clock for The Bairns to emerge victorious.