EXISTING IN NUMBER, CIRCLE OF LIFE - 0, AN OIL BY STUART MCALPINE MILLER 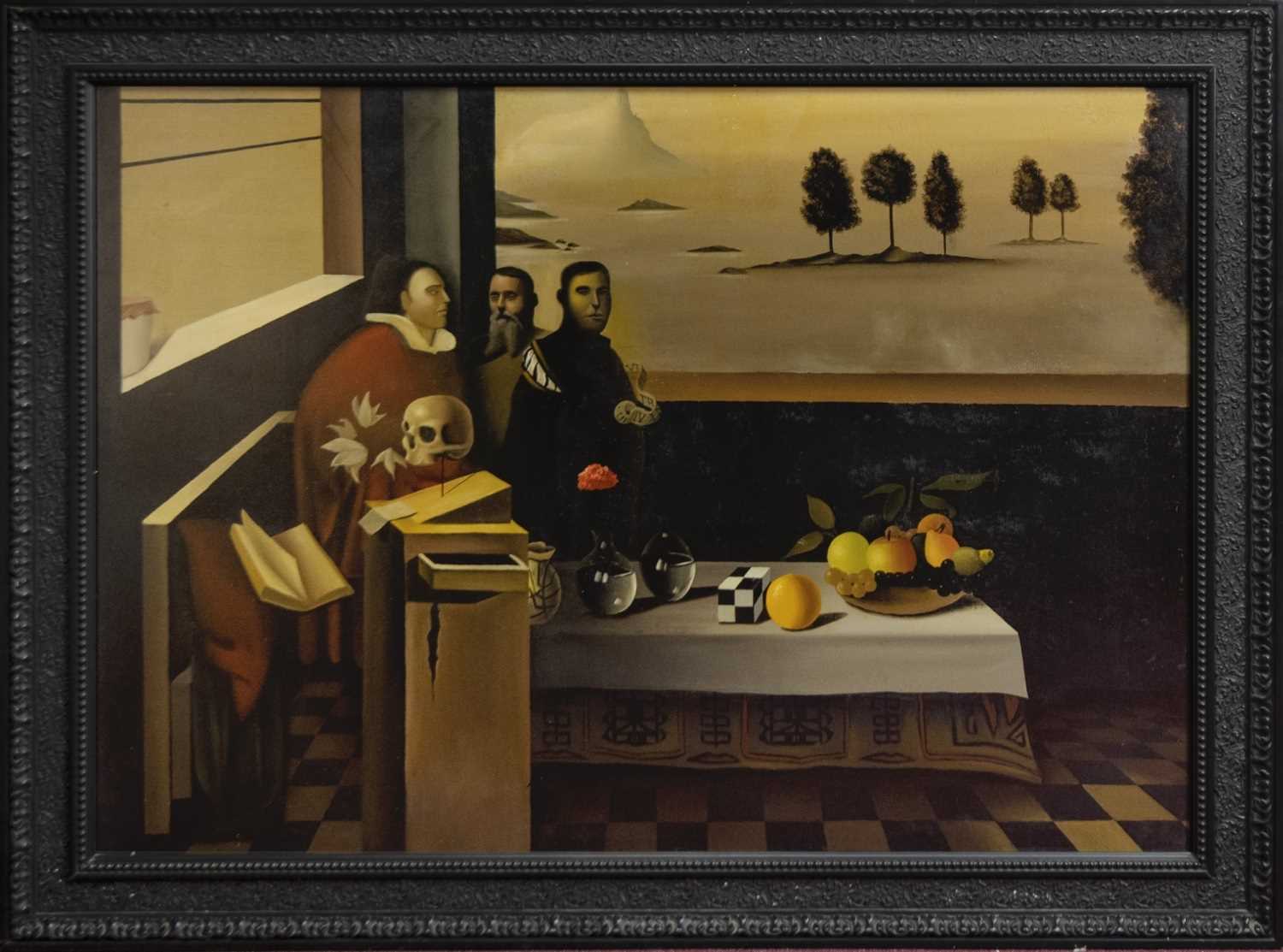 EXISTING IN NUMBER, CIRCLE OF LIFE - 0, AN OIL BY STUART MCALPINE MILLER

* STUART MCALPINE MILLER,
EXISTING IN NUMBER, CIRCLE OF LIFE - 0
oil on board, signed and titled verso
image size 87cm x 122cm, overall size 104cm x 140cm
Framed and under glass.
Note: Stuart McAlpine Miller grew up in Stevenston, Ayrshire and graduated from Glasgow School of Art in 1990. He was shortlisted for the Provost's Award. From the outset, several astute and influential art professionals and critics could see that McAlpine Miller was a special talent and he earned sporadic exhibitions at top end London, New York, Chicago and provincial UK galleries. In 2004, he was commissioned to paint Sir Paul McCartney's piano used throughout the 2004 European Tour. This project involved working closely and consulting with Paul on a daily basis. Despite critical acclaim and growing sales, McAlpine Miller had never sold a painting for more than £7000 but by 2010 he had developed a style and subject matter of work which moved him from "niche" to "internationally important". In 2012 he was selected by the Savoy Hotel, London to be their artist in residence which culminated in a major exhibition within the hotel in September that year. By now his paintings were routinely achieving up to £25,000. By mid 2013, there were waiting lists for his originals and prices were "starting at £35,000". Solo exhibitions followed including at Hoerle-Guggenheim Gallery (New York) in March 2016 and at frontline galleries in London and Glasgow. Success brings rewards and Stuart and wife Nikki now live in a Perthshire baronial mansion – with 13 bedrooms, turrets and 12 acres of land. A commission for eight major works was delivered to JK Rowling and numerous other celebrities are rumoured to be collectors. In terms of pounds sterling per square inch, McAlpine Miller is probably one of Scotland's two or three most valuable living artists. The examples offered are from an exceptional private collection of Stuart McAlpine Miller's early work.