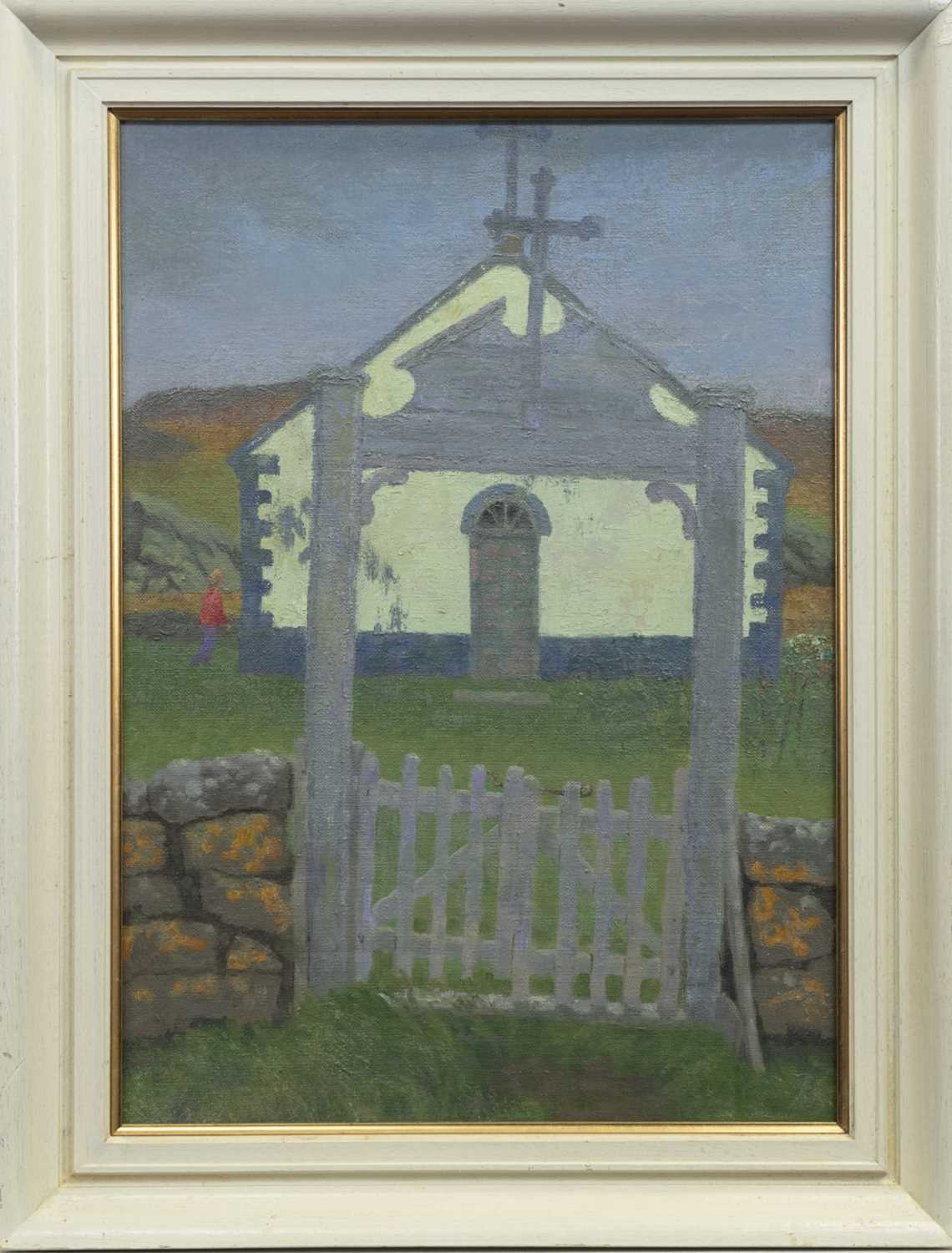 Condition report
Condition is very good overall, with no visible signs of restoration, damage, or known issues. Craquelure from age is evident. Additional images have been uploaded to our website. Picture may benefit from a light clean.

* ROBERT SAWYERS ARCA (BRITISH 1923 - 2002),
OLD CHURCH, REYNIHLID, ICELAND
oil on canvas, signed and titled verso
56cm x 41cm
Framed.
Note: Robert Sawyers was a British artist best known for witty and creative compositions. He had the ability to transform memories into experiences on canvas and captured the beauty of everyday objects. Sawyers was said to be selective in what he chose to paint, focusing on personal enjoyment rather than societal expectations and commercial success. Born in Peckham, South London, he attended Beckenham School of Art before enrolling in the Royal College of Art in 1942. Following his education, Sawyers was awarded the Herbert Baker Travel Scholarship, which allowed him to travel to Florence, Italy. This was simply the beginning of a long career of travelling and painting; he travelled widely, often teaching and exhibiting in the exotic locations. He began formally teaching in 1947 at Leeds College of Art and later taught at Middlesbrough College of Art. Aside from international exhibitions across Europe and Central America, Sawyers also exhibited closer to home, showing at the Royal Academy of Arts, London, including the RA Summer Shows, the New English Art Club, the Blue Rider Gallery in Mere and at The Rendezvous Gallery in Aberdeen. Robert Sawyers pictures appear at auction infrequently and prices can be erratic but a notable sale was "The Tram Ride" which was sold by Christie's (SK) 15th July 2010, lot 82 for £12,500.