A 1924 Scotland match worn jersey belonging to the Wee Blue Devil, Alan Morton, will be among a collection of historic football shirts to feature in a unique auction of sporting memorabilia this week.

The jersey was worn by Morton during Scotland’s 3-1 win against Wales at Tynecastle in the 1924/25 British Home Championships. Scotland went on to top the table, winning all three of their matches.

Experts at McTear’s believe the rare top could fetch up to £3,000 at the Sporting Medals & Trophies Auction, while a 1922 Scotland Jersey belonging to former captain, Jimmy Blair, has a similar price.  The shirt was worn by the defender in Scotland’s 1-0 win over England at Villa Park, a game that secured the 1921/22 Home Championships for Scotland.

Other shirts being sold by collector and co-founder of the Scottish Football Supporters Association (SFSA), Paul Goodwin, include an Ashley Cole match worn England jersey from circa 2001/02, which has been signed by 18 members of the team, and England captain, David Platt’s jersey from a friendly match with Croatia in 1996.

Commenting on the auction, Paul said: “I have been a football fan all my life and have collected memorabilia for as long as I can remember. Over the years I have added various bits and pieces, from rare programmes and books to match worn jerseys, and as I am moving house shortly I realised that it is probably a good time to trim back the collection and let another football fan get some enjoyment from these fascinating pieces.” 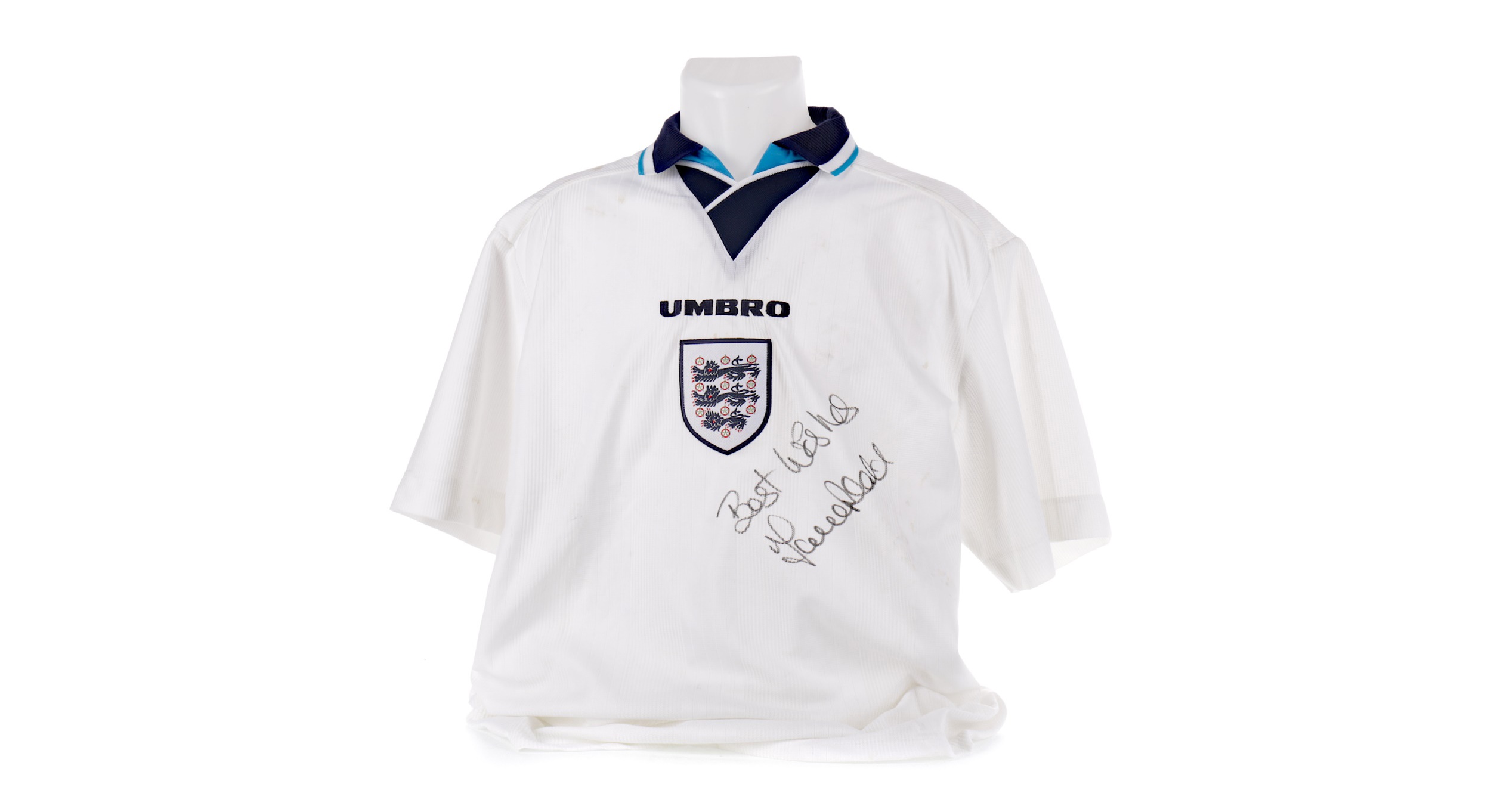 James Bruce from McTear’s added: “The Scotland jerseys hark back to a golden period for the national team, with Alan Morton in particular one of the finest wingers to ever grace a football pitch. Both Morton and Jimmy Blair won honours for club and country, and it is a privilege to have items associated with these Scottish football legends in the auction. The shirts are in fantastic condition for their age and I have no doubt they will attract considerable interest from football fans at home and overseas.”

Other items in the auction include a number of Scottish football medals, signed player and team photographs, rare programmes and books.

The Sporting Medals and Trophies Auction will take place at McTear’s on Friday 21 May.