1946 Dram is the Toast of the Whisky Auction

A bottle of single malt that was distilled shortly after the end of the Second World War has sold at auction for £18,000 - more than double its initial estimate.

The Macallan 1946 Select Reserve 52 years old was expected to fetch around £8,000 at McTear’s Rare and Fine Whisky Auction, however, when the bidding started it was clear that there were a number of collectors keen to get their hands on the bottle.

McTear’s whisky expert, Graeme Maxwell, said: “The Macallan 1946 is a truly outstanding malt and one that is sought after by collectors across the globe.   We had bidders in the room, online and on the telephone, with the bottle eventually selling to a buyer in China.”

The rare whisky was matured in sherry wood and was offered for sale in its original wooden presentation box, with certificate and key. 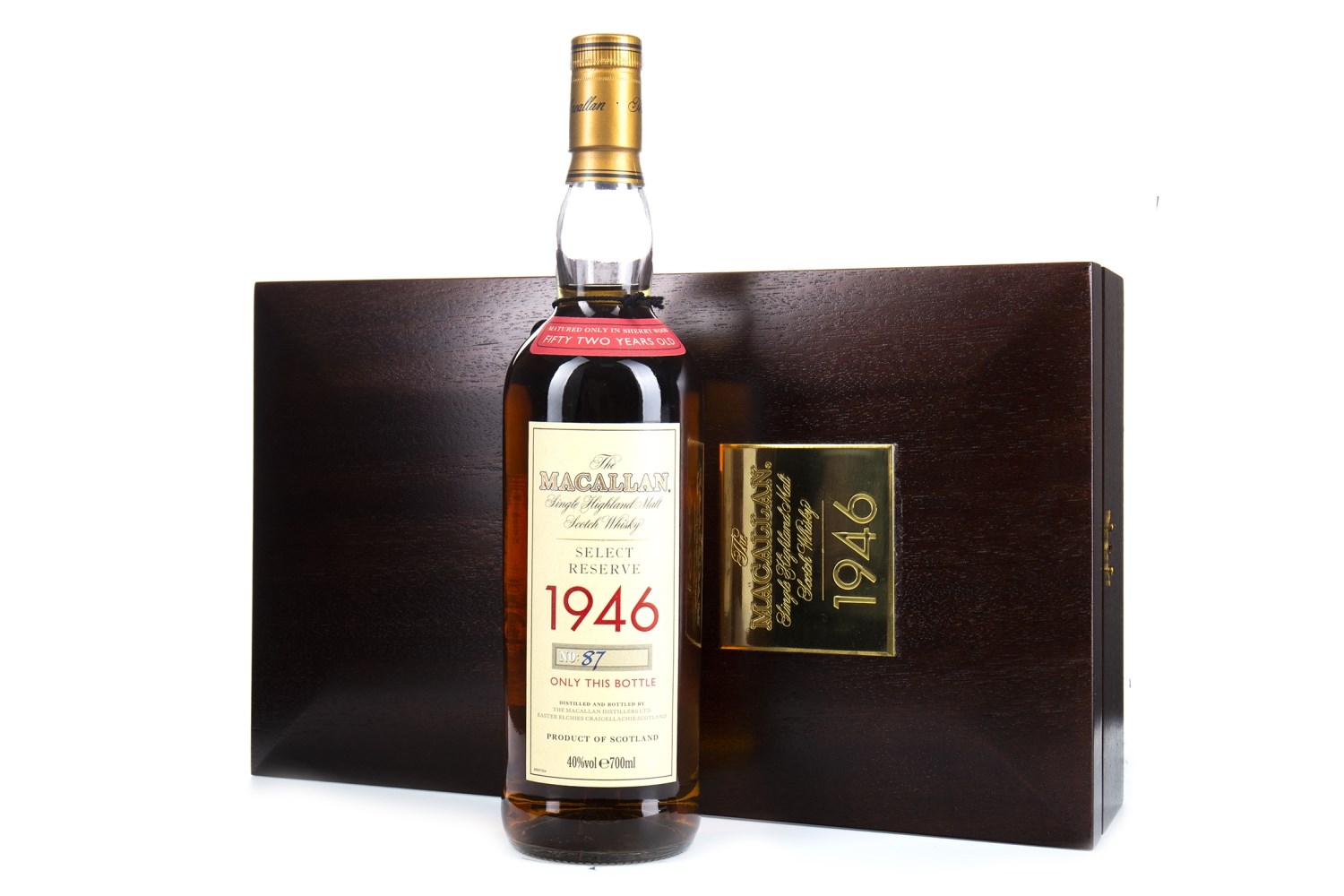 In addition to the 1946 Macallan, the auction also included a number of other rare malts from the Craigellachie based distillery.  A Macallan Anniversary Malt aged 25 years sold for almost £3,000 while a Gran Reserva 1980, 18 years old was snapped up for £2,500.

Graeme Maxwell continued: “The results of the auction underline the continuing investment potential in rare whisky.   Many of the bottles that went under the hammer in our January sale have seen a huge rise in value over the past few years and we expect this to continue over the course of 2019.

“Although much of the whisky that comes to McTear’s is from collectors, we frequently see impressive bottles turning up at our valuation days.  Quite often members of the public have no idea how valuable the whisky is and get a bit of shock when we tell them.  If anyone does find an old bottle at the back of a cupboard we would certainly advise bringing it along to have it valued.

All of the prices quoted above include buyer’s premium and VAT thereon.