A jersey thought to have been worn by Inter Milan midfielder Mauro Bicicli during the the 1966/67 season could fetch £4,000 when it goes under the hammer in the Scottish Greats: Football, Golf, Fishing and more auction this month.

The jersey is understood as having come to a Celtic F.C. player after the Glasgow club beat the Italians 2-1 to become the first British team to win the European Cup.

Commenting on the auction, our specialist, James Bruce, said: "This highly important Inter Milan shirt was gifted to the Glasgow-based vendor by a Celtic player when they were a young child. They have had it in their possession since the 70s and are now deciding to offer it for sale. 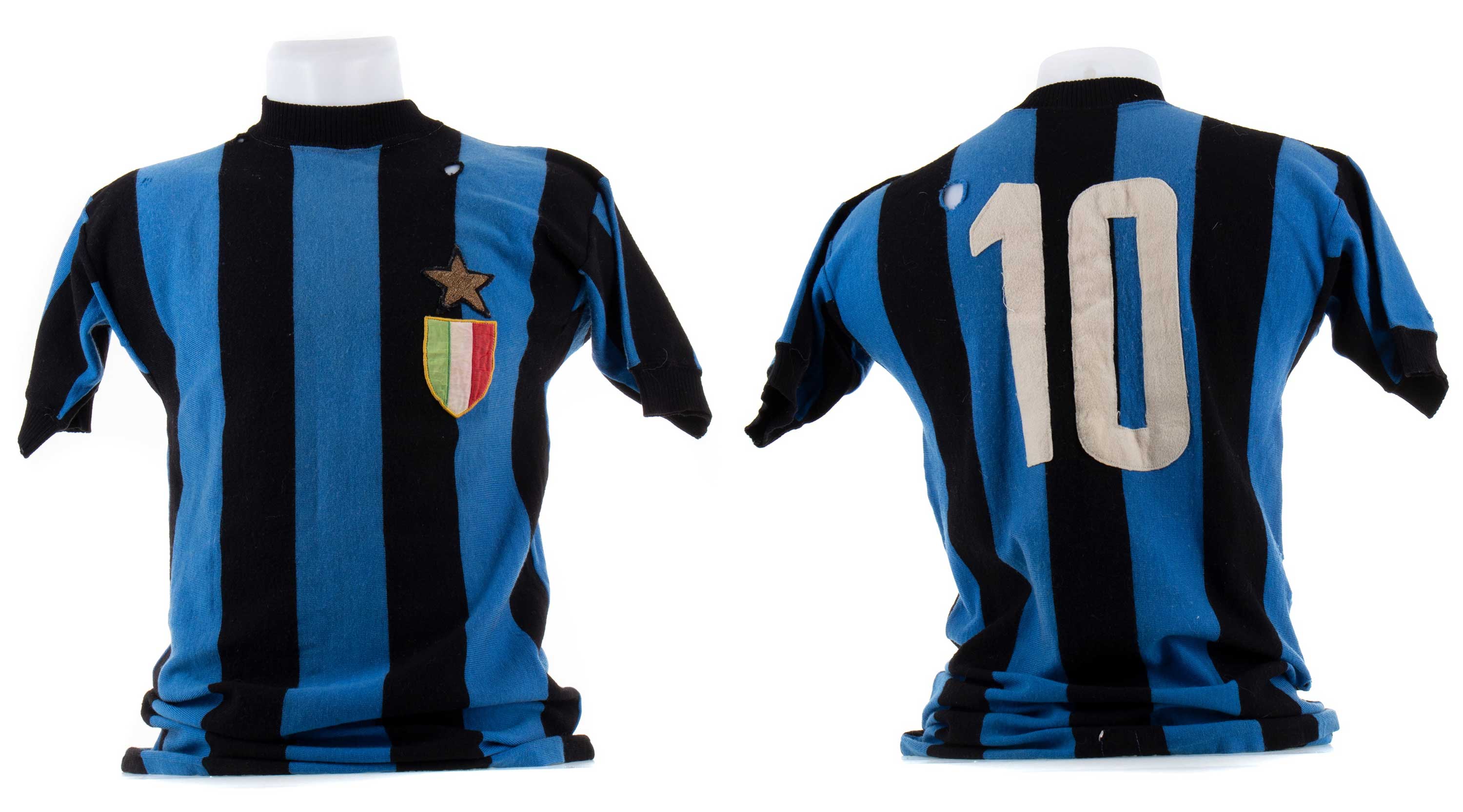 "The shirt is believed to have belonged to Inter's predominent number 10 from that season, Mauro Bicili, a stalwart of Grande-Inter with over 150 appearances in three spells at the club.

“We are already seeing considerable interest in the jersey, which is hardly suprising given the associations with this Inter side and Celtic's famous Lisbon Lions one."

Celtic became the first British team to win the European Cup when they beat Inter Milan 2-1 at the Estadio Nacional in Lisbon, Portugal on 25 May 1967, in front of a crowd of 45,000. Tommy Gemmell scored Celtic’s first goal, with Stevie Chalmers’ strike in the 85th minute winning the trophy for the Glasgow club.

James Bruce added: "The Lisbon Lions were immortalised in the global canon of sporting achievement, a team of eleven local lads all born within a 30-mile radius of Celtic Park."