A rare 1960s Austin J40 pedal car, complete with working lights, horn, and chrome trim, could fetch £5,000 at our Glasgow galleries this week.

Finished in Old English white paint the immaculate vehicle, which was built from scrap metal off-cuts from the Longbridge Austin Motor Car Factory, is one of the highlights at McTear’s Toys, Model Engines & Pop Culture sale on Thursday 21 July.

Classic car collector, William Houston, bought the car just before lockdown to sit alongside its full size sister, the Austin A40. 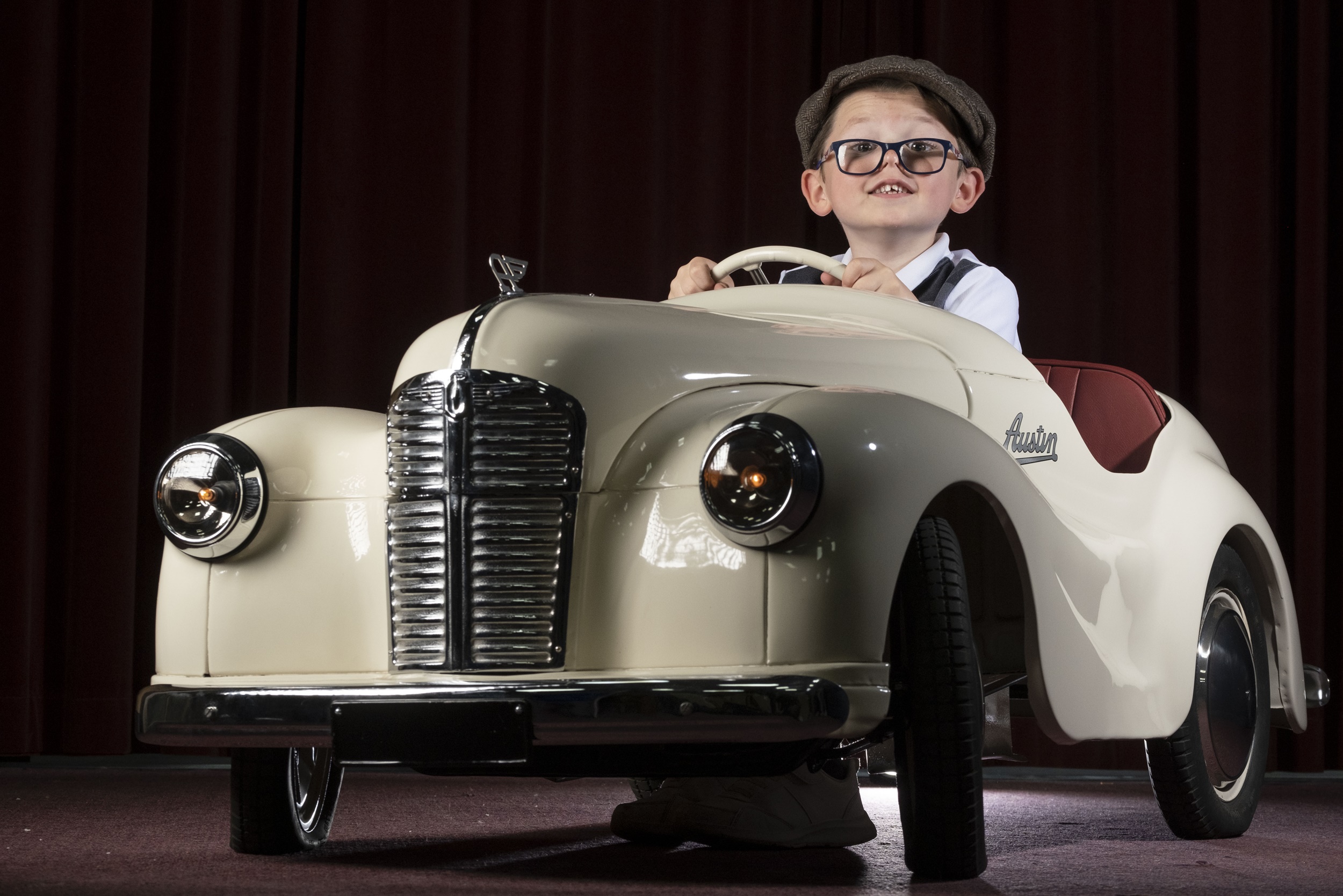 William commented: “When I saw the car, I just had to have it.  It was in very good condition but I did some additional restoration work to bring it back to showroom condition.  Over the past few years, I have displayed it alongside my A40 at a number of shows.  It has certainly attracted a lot of interest from collectors and kids alike.

“My grandkids just love it and I have let them sit in it a few times, but it so rare now that I can’t let them go racing.  My wife and I thought the best thing was to take it out of temptation’s way and put it up for auction.”

The J40 pedal cars were built and painted the same way, and with the same expertise, as the full size motor cars, with more than 30,000 toy cars rolling of the production line between 1950 and 1971. 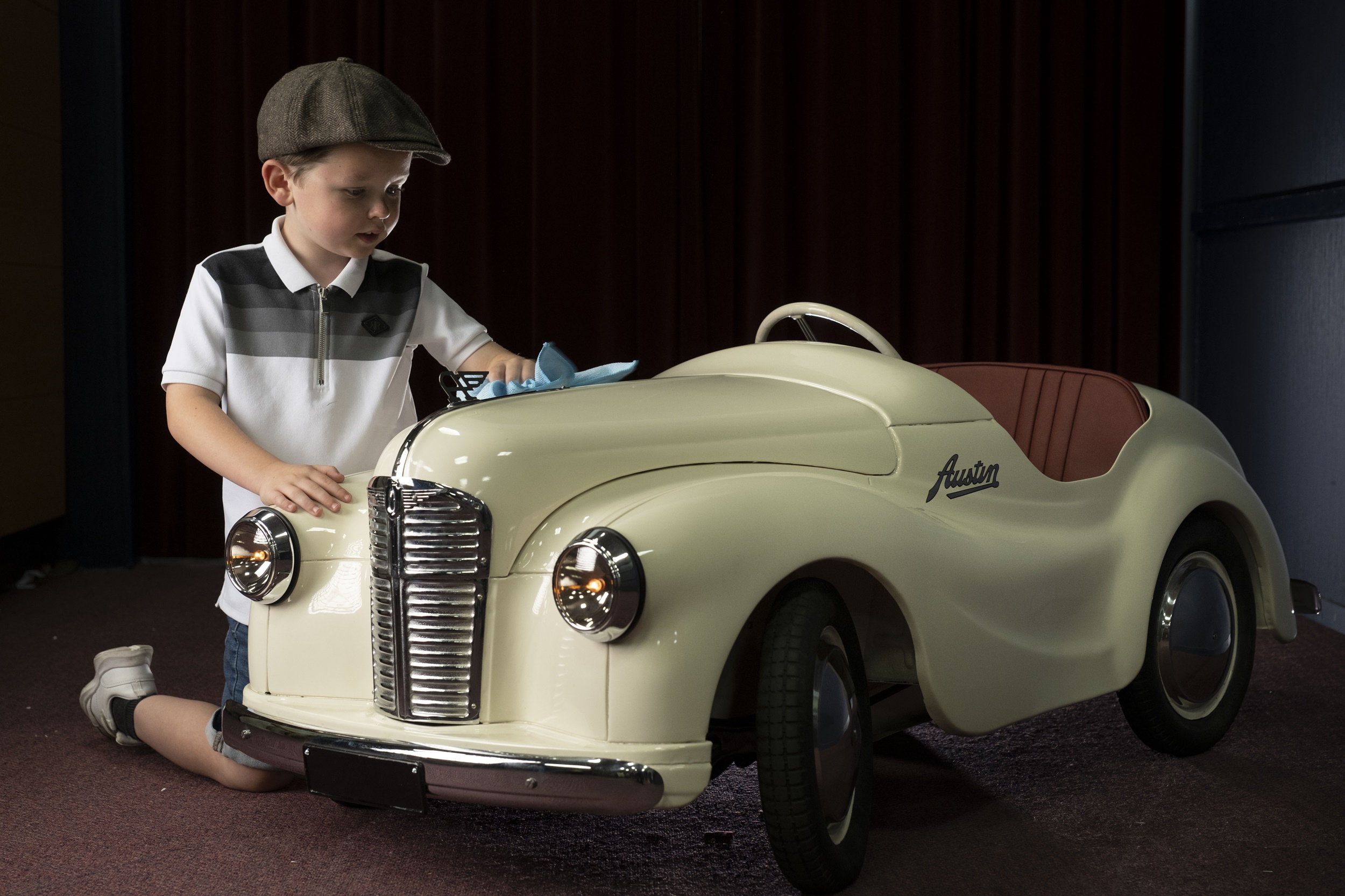 McTear’s specialist, James Spiridion, commented: “Although they made quite a few J40s between 1950 and 1971, most have now disappeared, and those that still exist are usually in a poor condition.  This example is in immaculate condition and in full working order.

‘There has already been considerable interest in the vehicle, and it would be nice to think that it may see some racing action after the auction.  That said, with a near £5,000 price tag, I suspect the car may be confined to the pit lane.”

In addition to the J40 pedal car, McTear’s Toys, Model Engines & Pop Culture Auction, will includea selection of rare toys from across the globe.  Six lots of live steam model locomotives and tenders could fetch £2,000 each, while a highly collectible early 20th century Jacques Staunton chess set has a £500 price tag.