In the year of the 150th anniversary of Charles Rennie Mackintosh’s birth, all things Glasgow Style are being celebrated across the city, and two lovely lots in our Scottish Pictures auction will excite collectors with an eye for the elegance.

The first of these is an exquisite ink drawing of an exotic dancer by Mary Newbery Sturrock (1890-1895). As the daughter of two extremely artistically influential parents; Francis Newbery (1855 – 1946) Director of the Glasgow School of Art between 1885 and 1946, and prominent Glasgow Girl Jessie Newbery (1864-1948), it was never a question of if but when Mary would follow in her parent’s footsteps. 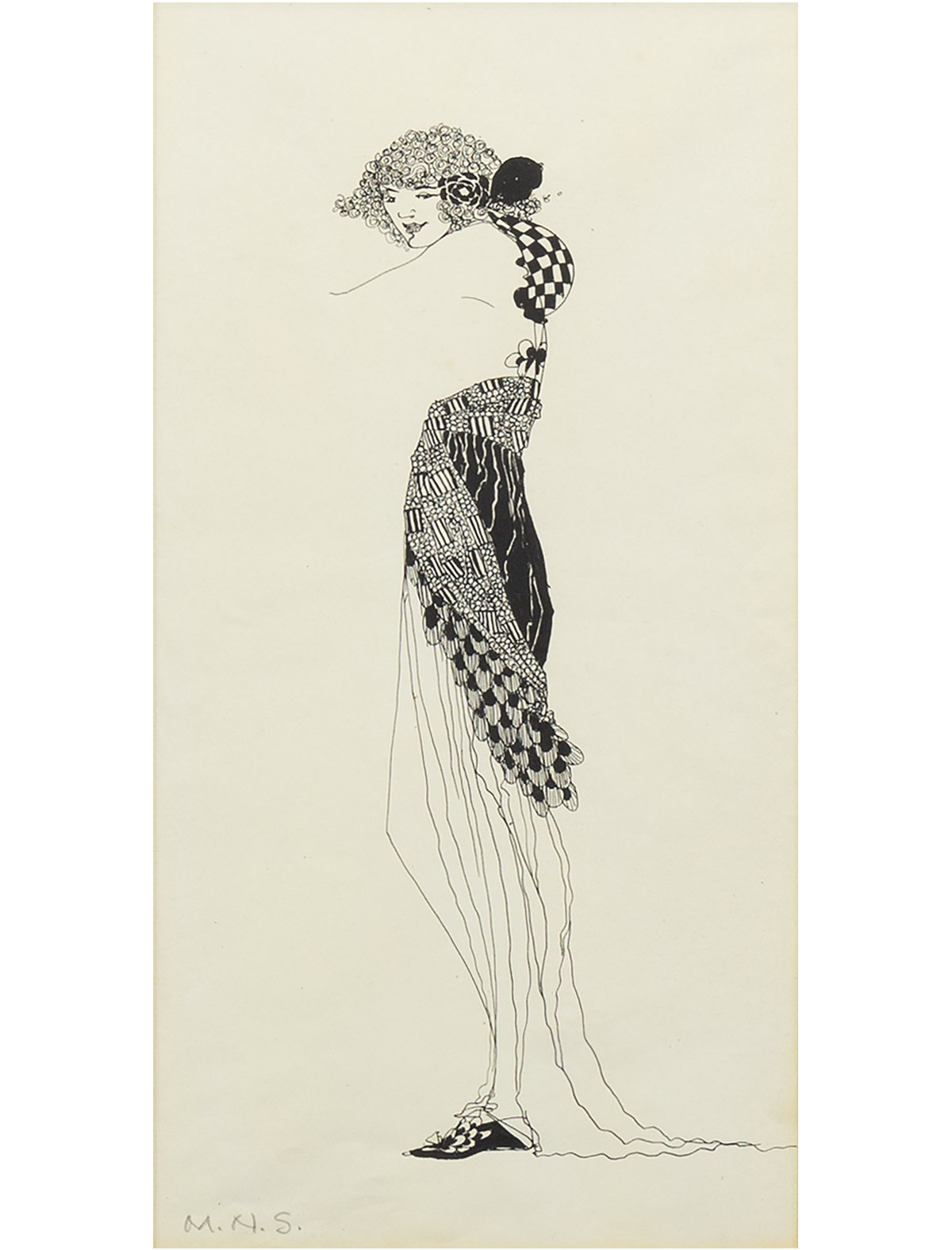 Specialising in embroidery and botanical watercolours at GSA, Mary went on to work very closely with Mackintosh, providing the Latin names for his botanical studies which she often drew herself alongside him. Not only that but at the age of six, she carried the ceremonial key at the opening of Mackintosh’s new building for the GSA in 1899.

Although Mary’s artistic output was small, these fine line drawings remain immensely popular with collectors, and the attention to detail on the dancer’s beadwork and tassels is reminiscent of the intricate works of Jessie M King and Olive Carlton Smyth. An Exotic Woman is lot 219 and carries an auction estimate of £400 – 600.

A beautiful lithographic bookplate by Jessie M King is lot 295 in Wednesday’s auction. King’s labels are so refined in her use of metallic ink it’s hard to imagine them tucked away in a library, but her intricate details and beautiful lettering were ideal for bookplate design. 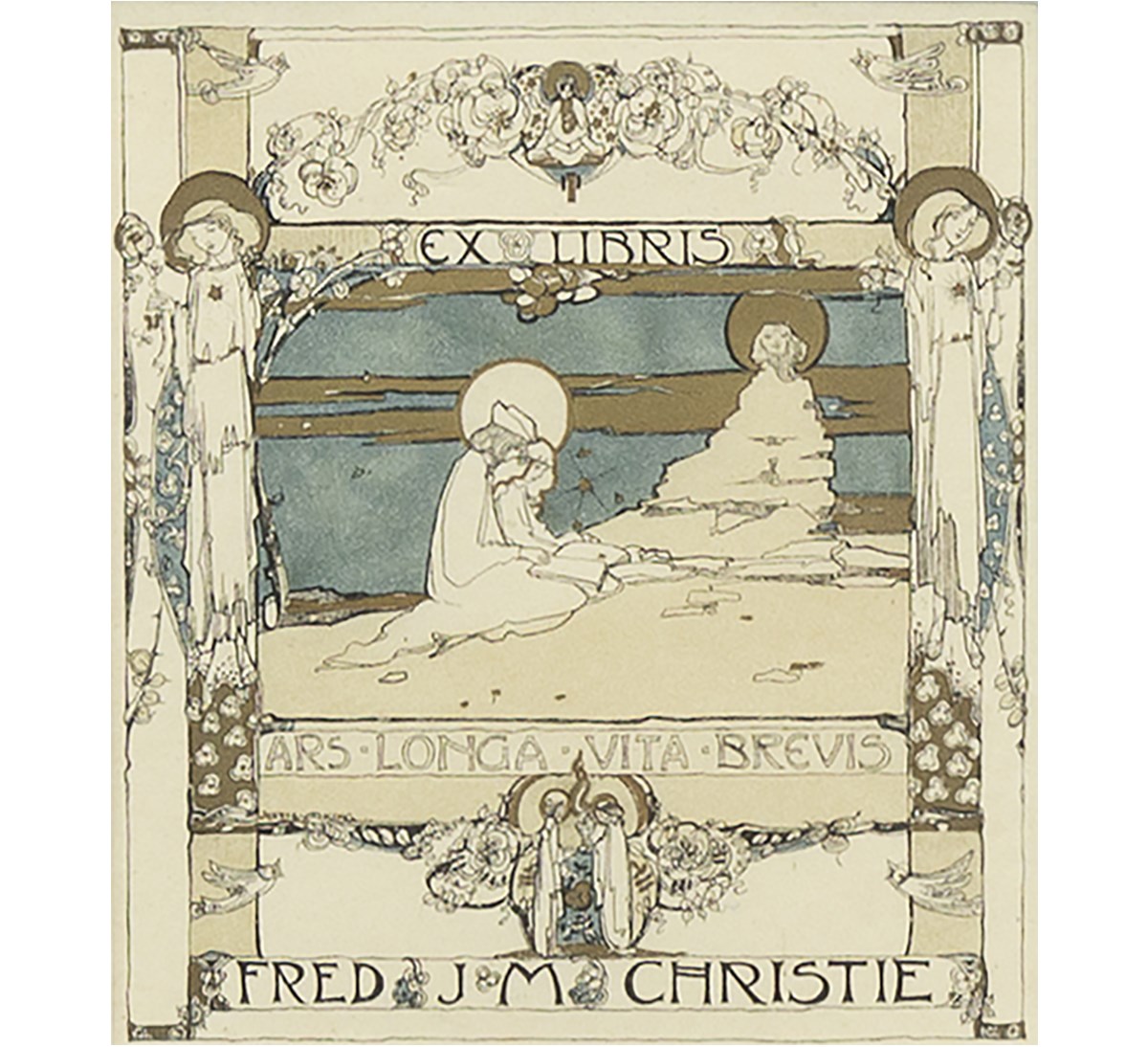 Between 1902 and 1910 King designed around 30 bookplates, some for family and friends, and some for private commissions. The majority of these contain the phrase 'ex libris', meaning 'from the library of' and were placed inside the books to denote ownership. This label, in particular, was designed for Fred J M Christie, who is thought to have been a Glasgow textile merchant.

Lot 295 is a particularly ornate example and the illumination in metallic ink gives the piece a magical quality. These enchanting bookplates can certainly be considered works of art in themselves and lot 295 carries an auction estimate of £150-250.