One stunning piece in Thursday’s Asian Works of Art Auction is lot 1043, a spectacular enamelled hand mirror. This mirror, dating from the late 19th century, is adorned with impressive embellishments encompassing a variety of key motifs in Chinese art: lotus flowers, bats, a pair of cranes and a dragon. 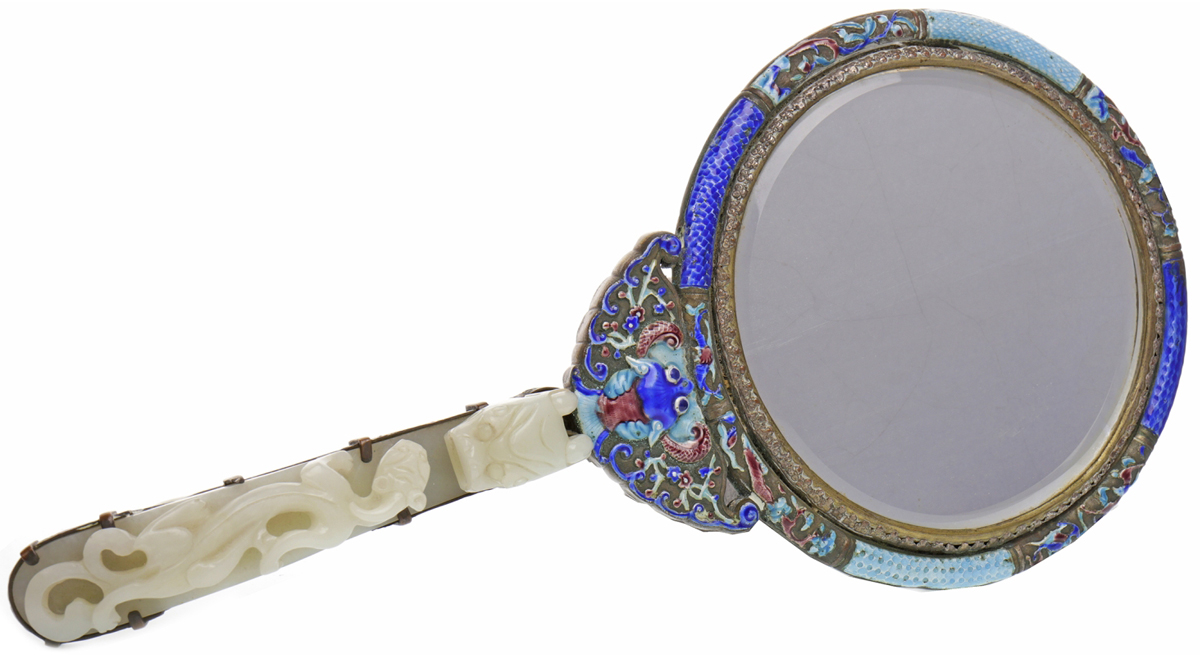 The face of the mirror is bordered with patterns of vivid blue enamel whilst the mirror handle bears a handsome pale jade carving of a dragon. Commonplace amidst celebrations of Chinese culture from the Dragon Boat Festival to the Dragon Dance, the dragon is a prevalent Chinese motif representing prosperity. Complementary to this symbolism, a raised enamel illustration of a bat adorns the join where the handle meets the body of the mirror. The Chinese word for bat (fu ) sounds the same as the word for good fortune (fu) and accordingly, the bat has become a popular image representing happiness and good luck.

The reverse of the mirror is similarly nuanced and equally eye-catching, beautifully decorated with inset raised enamels depicting lotus flowers and lily pads in an array of vivid blues and greens. A pair of cranes are visible amidst the lotus flowers which adorn the back of the mirror, one crane soaring above its seated companion. Cranes are important figures in Chinese art, symbolising status and longevity. Where cranes appear alongside the lotus flower, as they do here, the motifs traditionally represent a wish for peace and harmony. 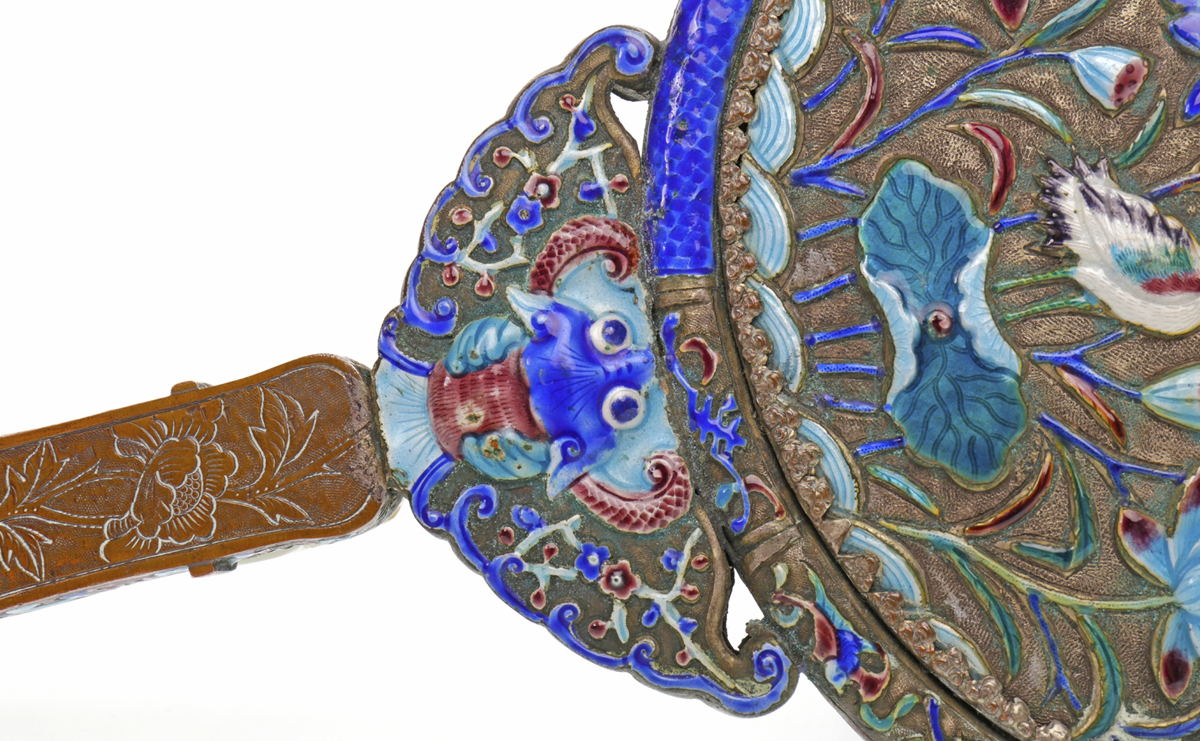 The Chinese have used mirrors in some form for several thousand years.  Chinese bronze production dates back to the Hsia dynasty (2310 – 1871 B.C.) and bronze mirrors appear to have been introduced during this period. A bronze disk would be highly polished on one side to create a reflective surface. During the Qing dynasty (1636-1912) hand mirrors, which could house bronze or glass mirrors, grew popular and showcased intricate decoration such as lacquer or enamel backs. The popularity of portable hand mirrors was likely encouraged by the arrival in China of hand mirrors from Europe.

This handsome hand mirror is sure to attract international attention at auction. Graced with such an abundance of auspicious imagery, the lucky buyer is sure to win more than just auction success when this mirror goes under the hammer on Thursday.

Dedicated auctions of Asian Works of Art are held every six weeks.