For me, the vibrant still life canvases by Mary Armour (1902 – 2000) have always evoked a wintery and cosy, end of year feeling. The richness of the dark greens and reds will compliment any traditional Christmas interior, so it is with great pleasure that we are offering two for sale in the last Scottish Contemporary Art Auction of the year.

Brought up in Blantyre, Armour’s formative years were spent under the influence of her art teacher at Hamilton Academy, Penelope Beaton (later Head of Junior Department at Edinburgh School of Art) who encouraged her to enrol at the Glasgow School of Art. Between 1920 and 1925, Armour honed her talents in drawing and painting before enrolling on a teacher training course which saw her go on to forge a successful career in teaching in Glasgow and Cambuslang until her marriage to William Armour in 1927. 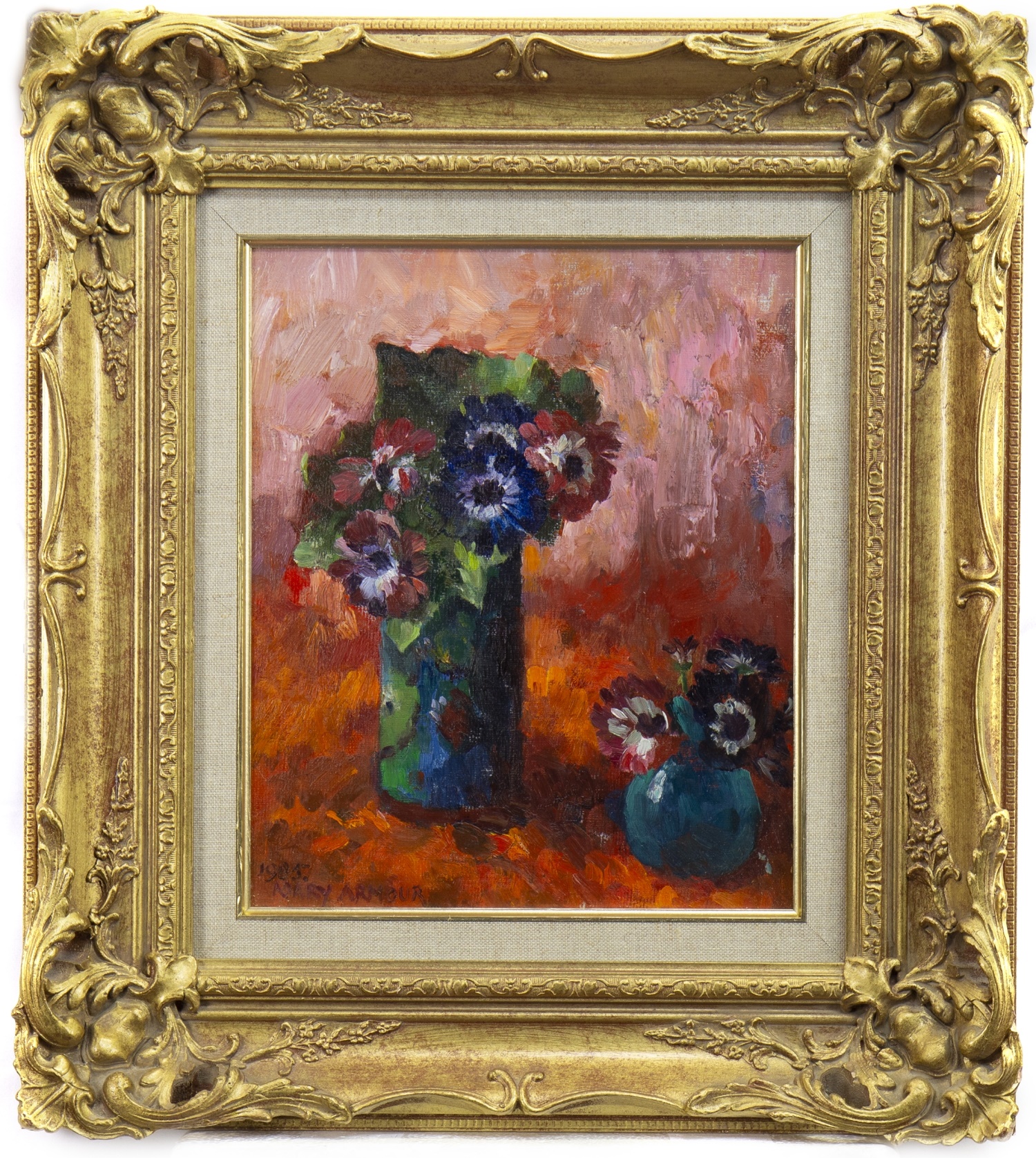 Affectionately named as one of the Glasgow Girls, Armour gained critical acclaim through various exhibitions at the Royal Scottish Academy, the Royal Scottish Society of Painters in Watercolour and the Royal Glasgow Institute of Fine Arts.  She fondly captured the rolling rural landscapes of her home in Kilbarchan and the elemental coastal scenes on Arran, but it was her brightly coloured still life compositions produced in her later life which brought her significant commercial success. 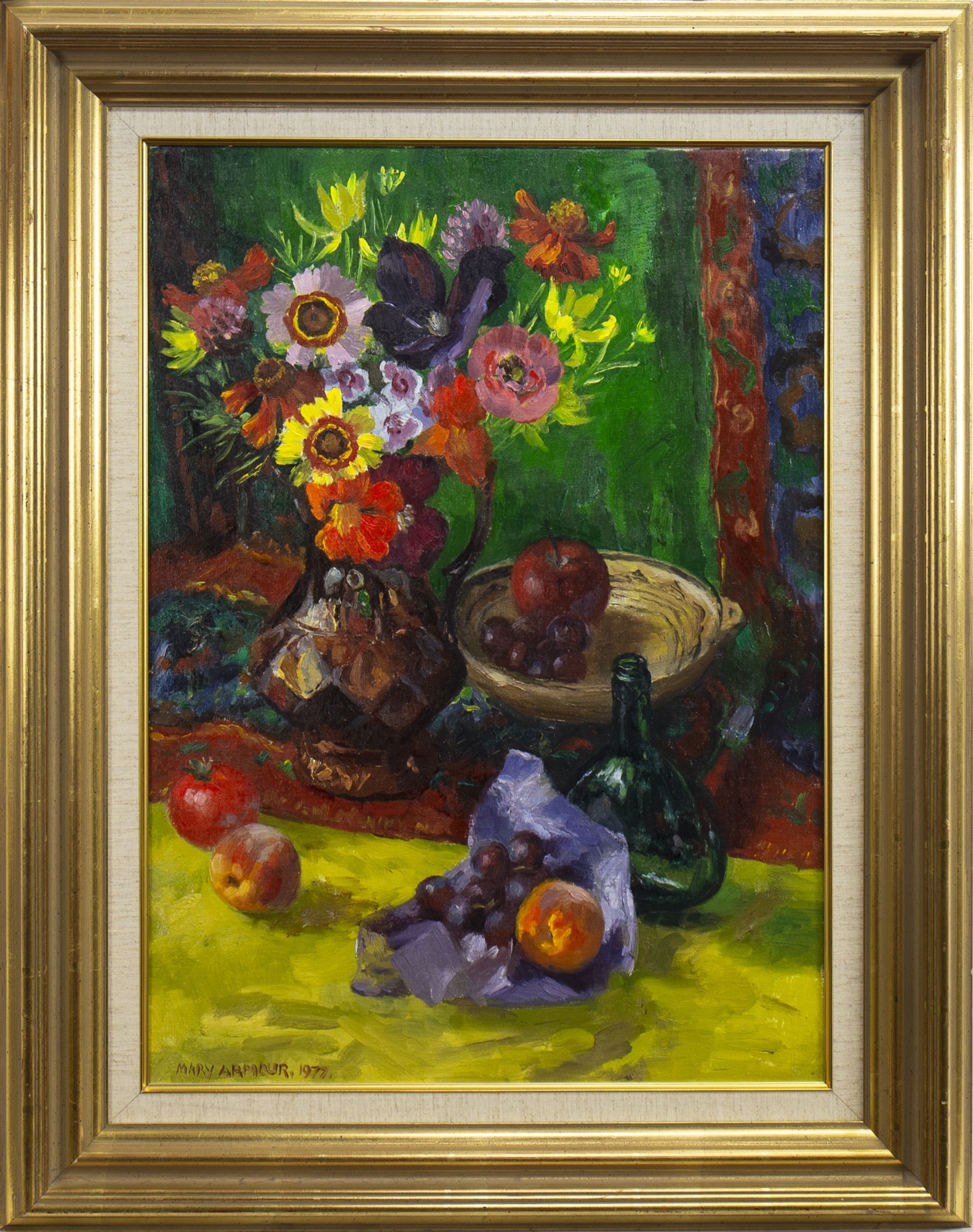 Lots 40 and 54 are wonderful examples of Armour’s contribution to Scottish painting, which follow in the footsteps of her contemporaries such as Anne Redpath (1895–1965) and David Donaldson (1916-1996).  Painted in 1985 and 1977 respectively, these later works are prized by collectors of Scottish art, who value Armour’s traditional approach to contemporary painting and her association with the Glasgow School which produced the likes of pioneering women artists such as Bessie MacNicol (1864-1904) and Norah Neilson Grey (1882 – 1931).